Moore Park is surrounded on all sides by natural barriers. To the north is the Mount Pleasant Cemetery, to the south is the Park Drive Ravine and the railway tracks, to the east is the Moore Park Ravine and to the west is the Vale of Avoca Ravine. With so much nature at its doorstep, it is not surprising that Moore Park is one of Toronto’s most sought after neighbourhoods. 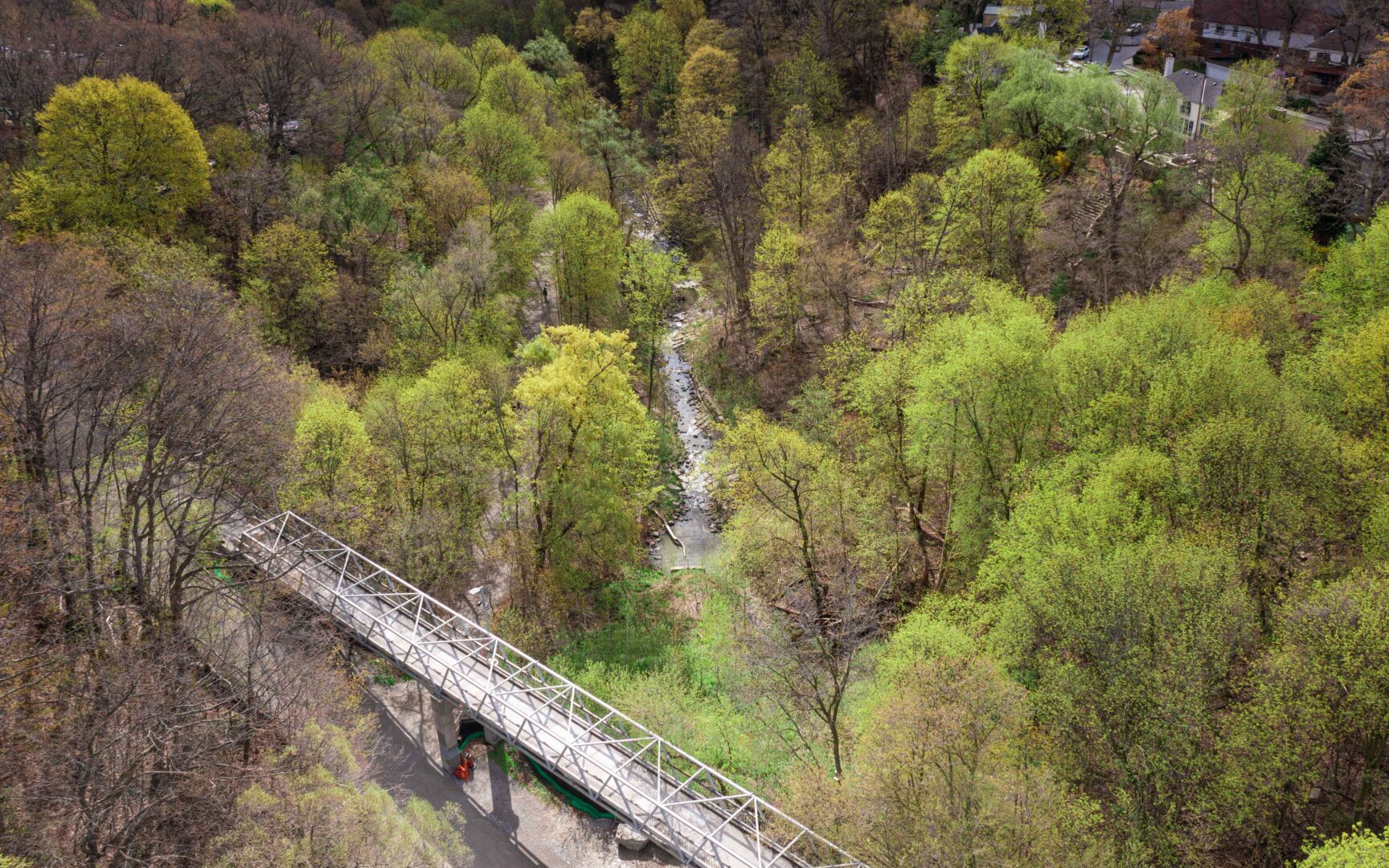 Moore Park was subdivided in 1889 as an exclusive Toronto suburb for the very wealthy. Its namesake and creator was a gentleman by the name of John Thomas Moore. Moore was instrumental in building the Belt Line Railway, Toronto’s first commuter train. He personally oversaw the construction of the Belt Line’s showpiece station at Moore Park. Moore leveraged all his money on the Belt Line, predicting it would bring many buyers to his Moore Park subdivision. However, shortly after the Belt Line opened Toronto suffered through a horrible Depression and the Belt Line went bankrupt. This setback postponed the building of homes in Moore Park until the early 1900’s. By the 1930’s, Moore Park was completely developed.

Moore Park includes primarily English Cottage, Georgian, and Tudor-style houses built between 1908 and 1930. There are also a fair number of townhomes built in the 1970s and 1980s and a growing number of new custom homes. Moore Park lots vary in size but are generally quite large. Fifity foot frontages are the norm on the more exclusive streets. The streets are lined with a mature tree canopy and many of the houses back onto one of the ravines that skirt this neighbourhood. The combination of outstanding architecture and pretty green-space make Moore Park one of Toronto’s most beautiful neighbourhoods. Moore Park also contains many newer townhouses as well as a fair number of duplex and multi-plex homes. For such a high end neighbourhood it is somewhat surprising that many of the houses have shared rather than private driveways. However, the streets are so quiet and uncluttered that parking is not a problem. 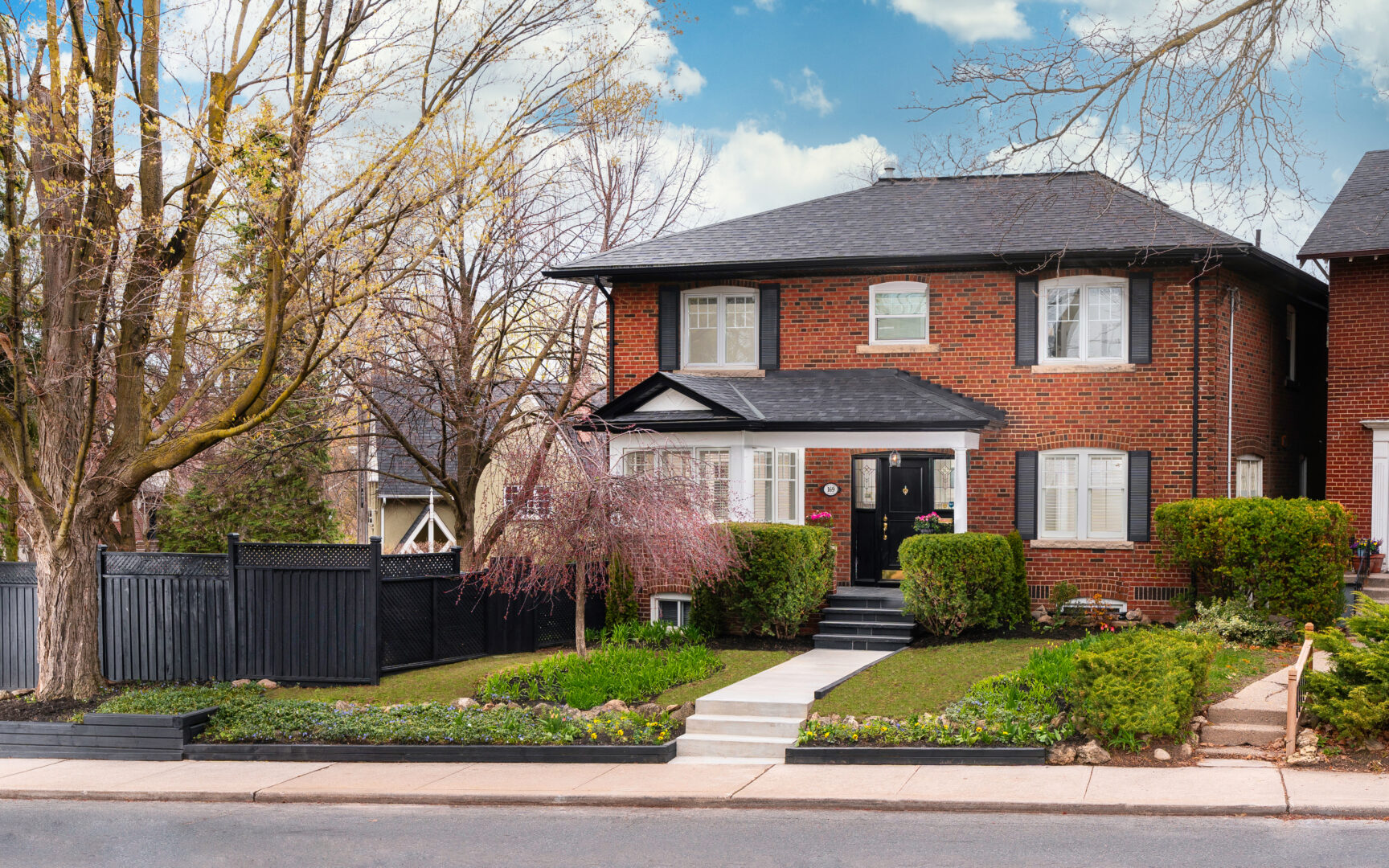 Moore Park residents do most of their shopping at either the Yonge and St. Clair or the Mount Pleasant and Davisville shopping districts. Both these areas are well known for their gourmet food shops and fine dining. Moore Park residents who live in the more secluded south-east pocket of the neighbourhood can walk across a railway overpass to the small collection of neighbourhood stores on Summerhill Avenue.

Nature and fitness enthusiasts will enjoy the Moore Park Ravine foot path, an 8 kilometre trail that passes through the Rosedale Ravine, the Mt. Pleasant cemetery, and the old Don Valley brickworks. Moorevale Park, one block east of Mount Pleasant Road, has five tennis courts, a baseball diamond, and a wading pool. For movie-goers Moore Park is close to a number of theatres on Yonge Street, Eglinton Avenue, and Mount Pleasant Road. 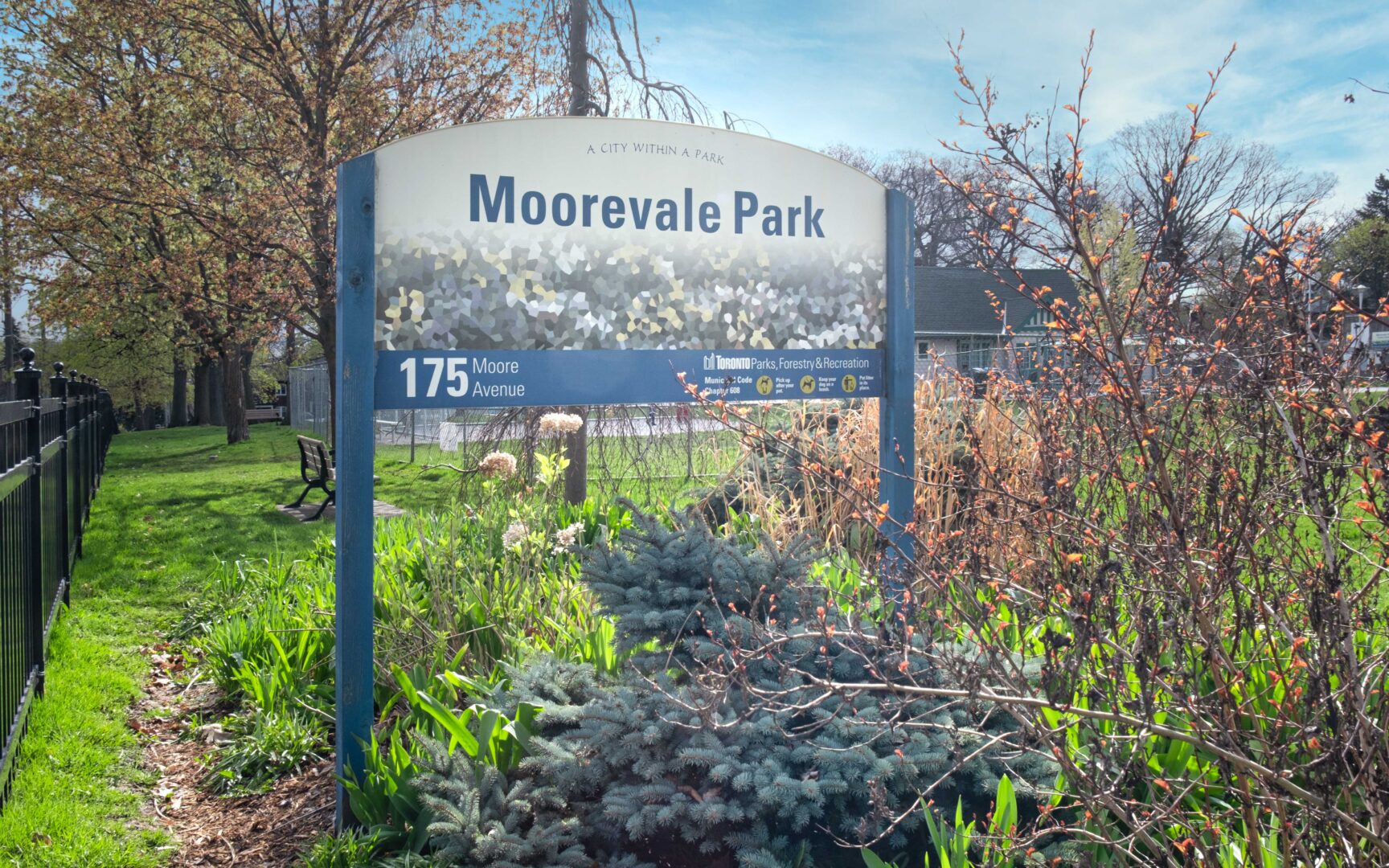 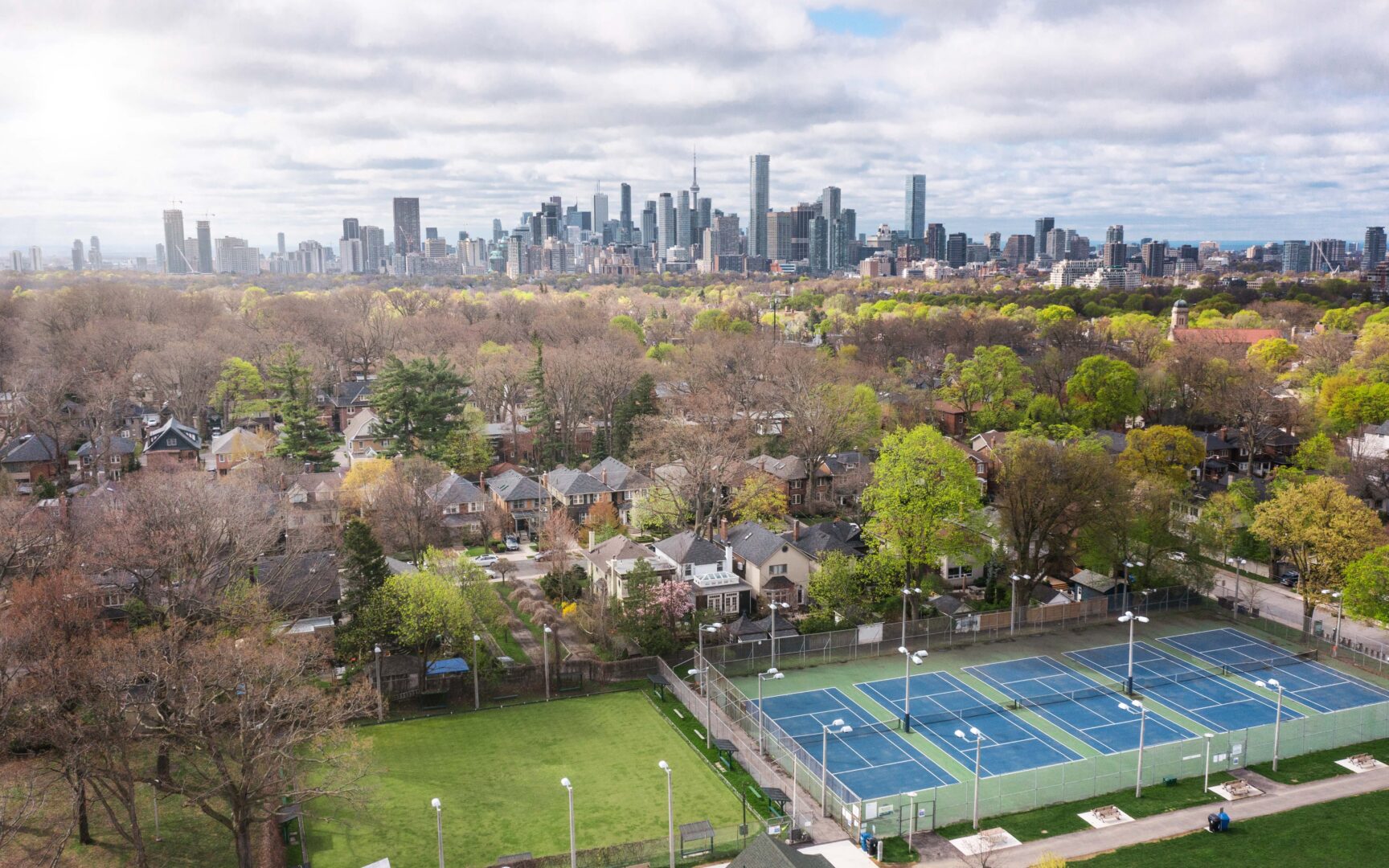 Moore Park has bus service on St. Clair Avenue, Mount Pleasant Road and Moore Avenue. The Yonge and St. Clair subway station is within walking distance of many Moore Park houses. Motorists have quick access via Moore Avenue to both the Bayview Extension and the Don Valley Parkway.