Liberty Village is one of Toronto’s most vibrant and youthful neighbourhoods. The region combines residential, commercial and retail settings into one cohesive highly desirable Toronto postal code. Find a large population of young professionals and students due to employment opportunities in media, tech and design in the neighbourhood. This condo-dense neighbourhood has been compared to Silicon Valley due to its exponential growth in the technology industry, with many tech companies choosing this location to run operations. Perfect for Gen Z and millennials, Liberty Village has a plethora of nightclubs, bars and restaurants providing no shortage of nightlife for residents.

What is now known as Liberty Village was once originally military-occupied land for the Town of York – Toronto’s forerunner. The land then shifted ownership in the years leading up to the 1850s, when the railway arrived. The railway significantly contributed to the industrialization wave in Toronto which saw mass development among both residential and commercial spaces. These developments can be seen throughout Liberty Village today, many of which have been converted into various property types including residential lofts, office spaces and studios. In the late 1800s and early 1900s, the Andrew Mercer Reformatory for Women and the Toronto Central Prison both opened housing many of the city’s offenders. Liberty Village was named based on the inmate’s liberation once they were released from prison, hence Liberty Village.

Liberty Village is comprised of several unique residential structures. Find both hard and soft lofts laced among new high-rise developments creating a contrasting mix of both older heritage and ultra-modern properties. This variety also allows a diverse community to form as the neighbourhood offers several styles catering to many unique homeowner preferences. Whether concrete ceilings, exposed brick, modern kitchens, or new construction is your preference, have confidence that the neighbourhood of Liberty Village will have suitable options. One perk of living in Liberty Village that is often overlooked is the neighbourhood’s abundance of parking. Residents and their visitors can avoid the headache of downtown parking with confidence that spots will be available. Explore some of Liberty Villages’ developments on SHANE Maps, a platform designed to educate users on various Toronto developments. 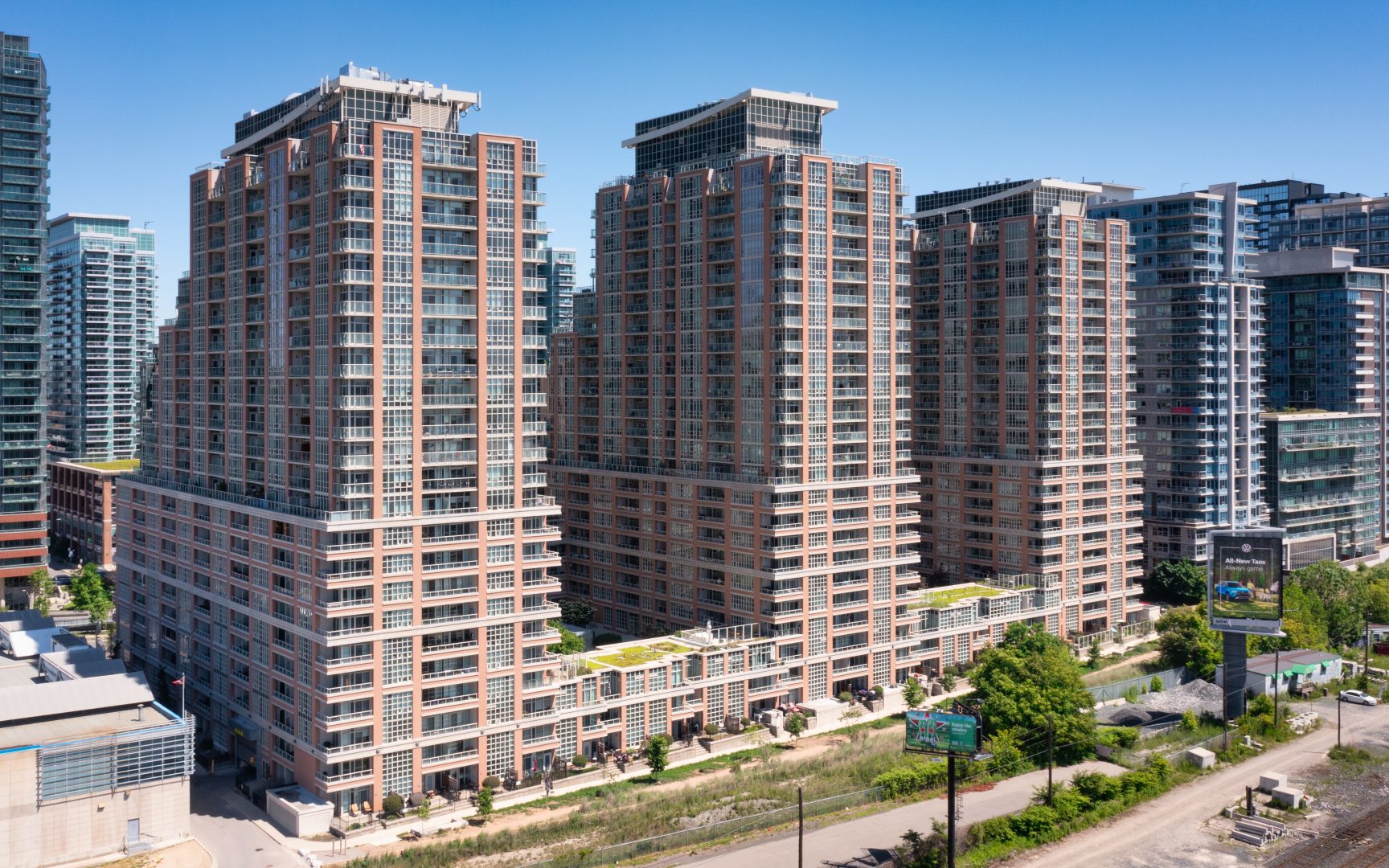 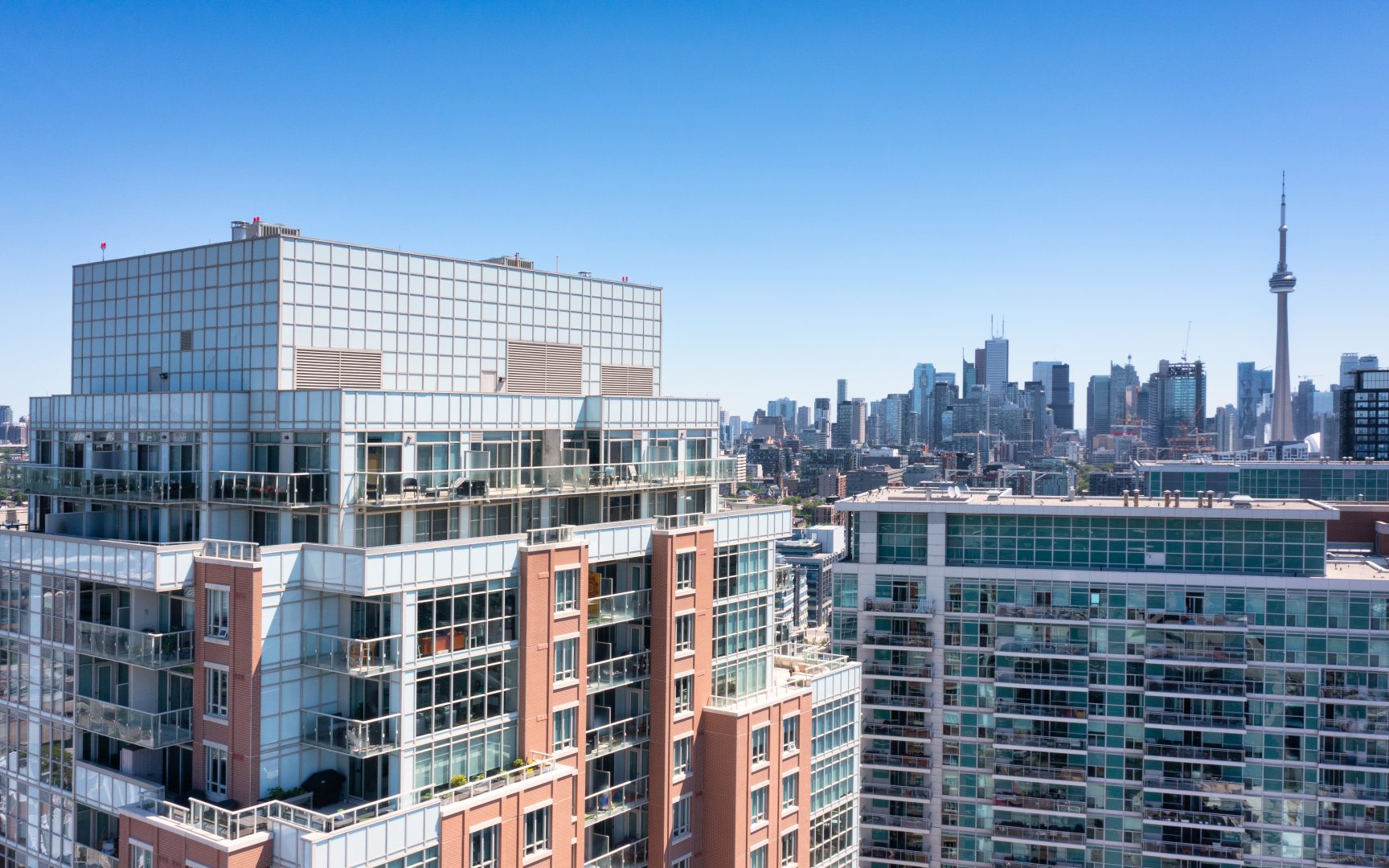 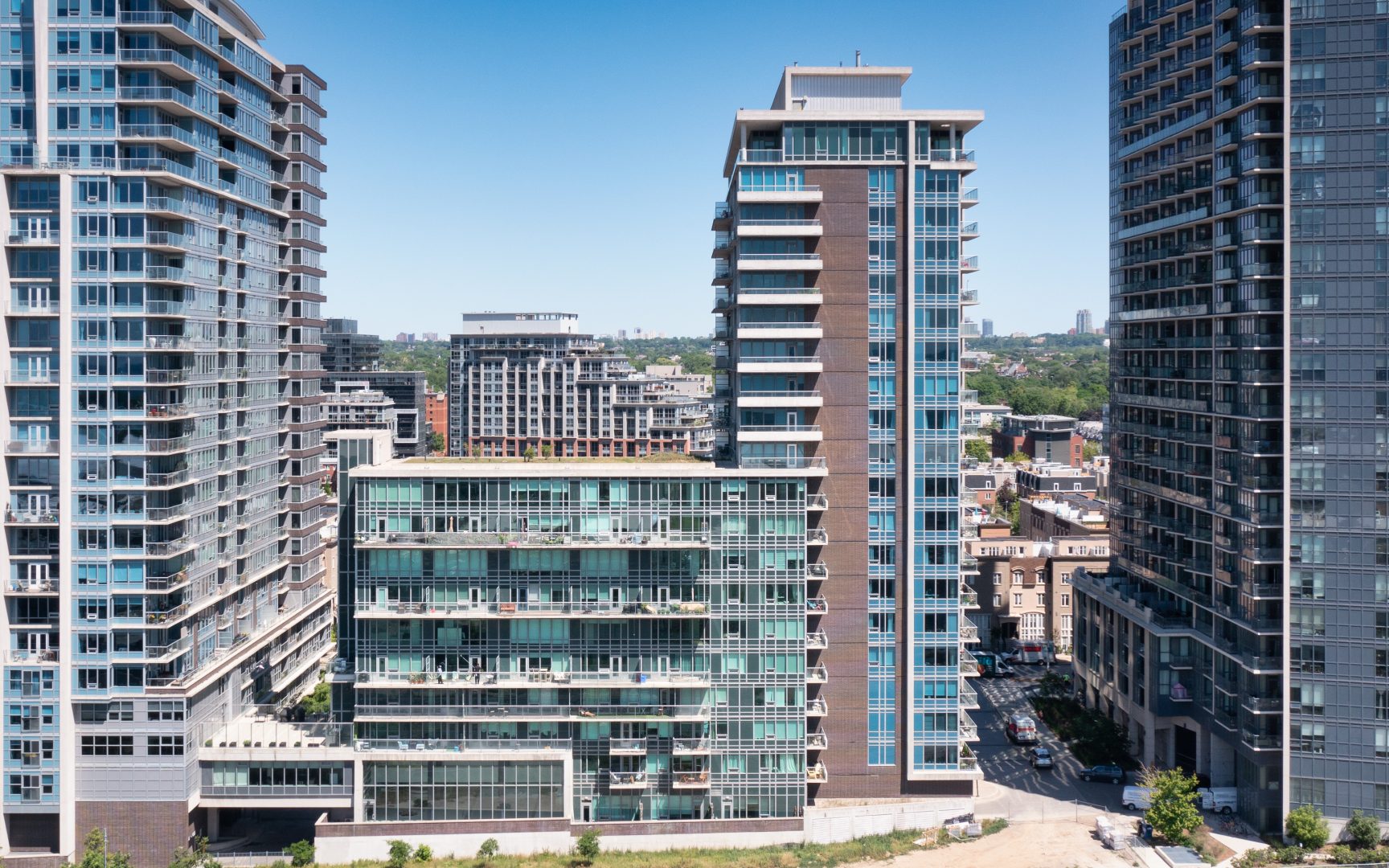 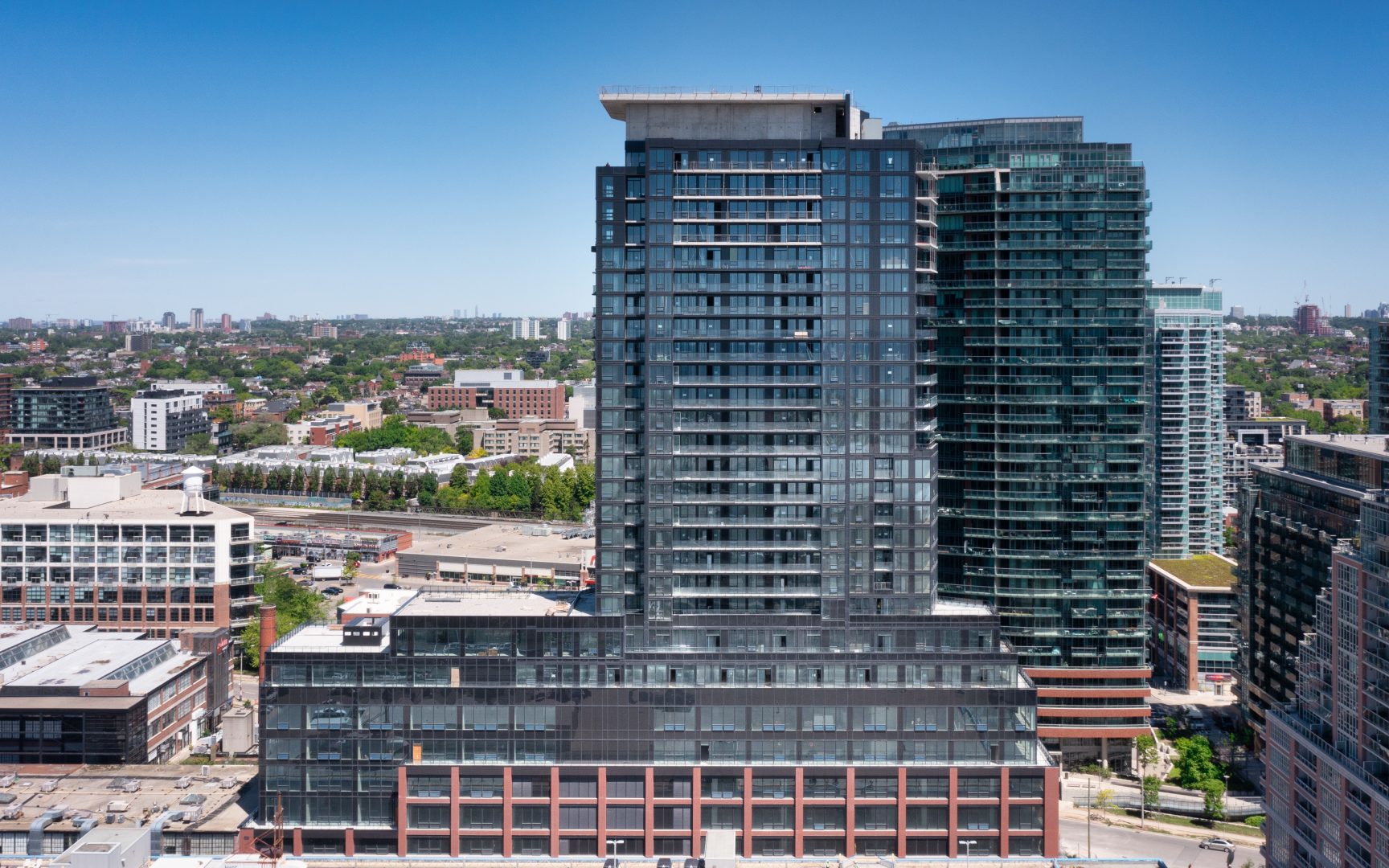 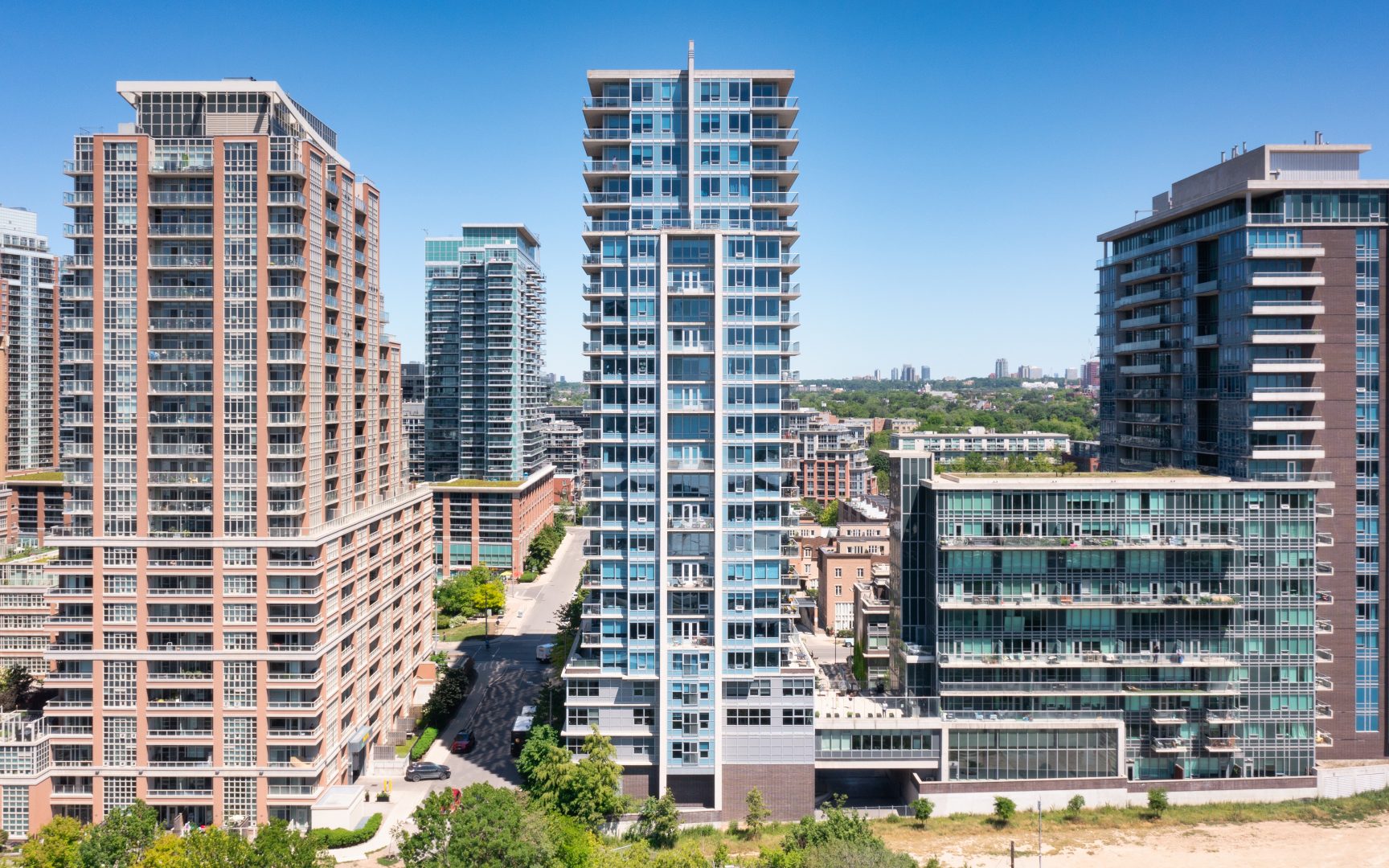 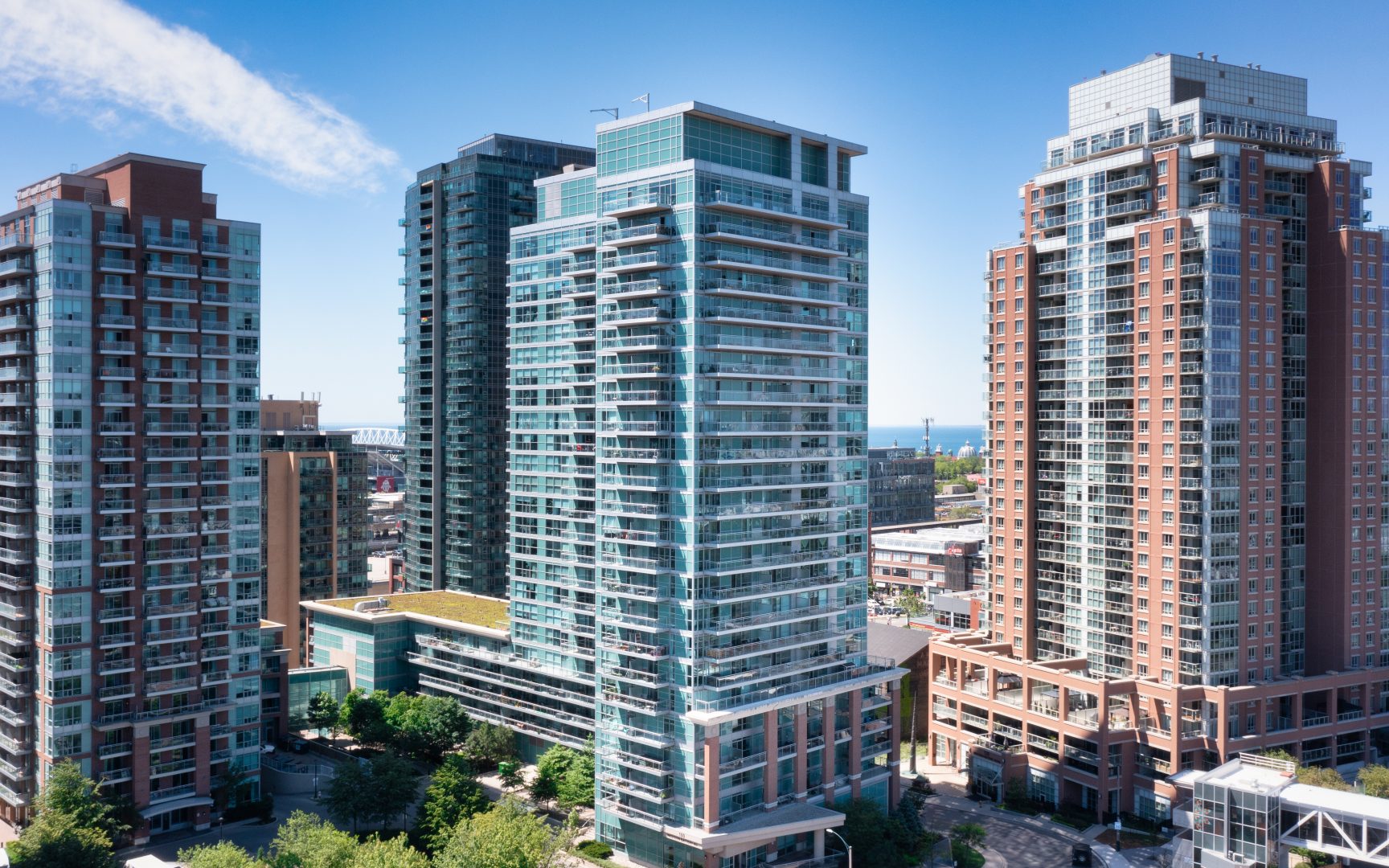 Residents living in Liberty Village maintain a healthy lifestyle balancing both work and play. The convivence of a multitude of trendy restaurants, cafes and patios plays a major role in making this neighbourhood one of Toronto’s most popular among young working professionals. Located on Liberty Street, residents of the neighbourhood benefit from an extensive array of cuisines, and atmospheres unique to Toronto. Local favourites include LOCAL public eatery, School Café, and Mildred’s Temple Kitchen. Located south of Queen St W, one of Toronto’s trendiest shopping streets, a quick walk from the entertainment district, and bordering King West, residents enjoy Toronto’s best shopping, best nightlife, and best entertainment all within a short walk from the neighbourhood.

Liberty Village has a diverse array of recreational offerings for its residents to enjoy. The neighbourhood has numerous outdoor parks laced throughout offering an escape from urban downtown living. Liberty Village Park is the neighbourhood’s largest park offering a well-manicured space to catch some sun. Many residents enjoy bringing their dogs to Liberty Village Park as it offers ample room for them to get some exercise. Located just a short walk to the water, residents of Liberty Village have several waterfront paths and trails to bicycle, run and walk along to enjoy being on the water. The neighbourhood also houses Allan A. Lamport Stadium which is a multipurpose stadium seating upwards of 10,000 people. Many soccer, rugby and field hockey games are played within the stadium attracting liveliness to the neighbourhood. The stadium is operated year-round using an air-supported structure in the colder off-season months. During August, the annual Canadian National Exhibition Fair runs which is located within Liberty Village. Residents can enjoy the festivities of the event without having to worry about the commute. On Sunday visit the weekly farmers market for fresh produce, baked goods, and prepared food. This market runs from early spring to late fall every year offering residents a chance to shop locally and engage with their community.

Liberty Village is conveniently located along the border of the core of downtown Toronto. Residents benefit from being well connected within Toronto but can avoid the hecticness of living in the core. Motorists enjoy easy access to entering and exiting the city as both the Gardiner Expressway and Lake Shore Boulevard have onramps within the neighbourhood. Liberty Village also has an abundance of local transit options, including numerous bus and streetcar routes as well as a GO Transit stop (Exhibition Station). The King Streetcar is within a short walk for the majority of residents connecting the neighbourhood to the downtown core.