Downtown Toronto residents come from a myriad of different backgrounds, and span the entire spectrum of the socio-economic scale. There is a large number of rental accommodations in this neighbourhood. This reflects the mobility of the population, which is comprised mostly of singles and couples. Ryerson University is helping to reshape Toronto’s downtown east core having recently purchased landmark buildings to expand their campus. One of these acquisitions is the former Maple Leaf Gardens which has been renamed Mattamy Athletic Centre and now serves as the home of the Ryerson University Sports and Recreation Centre. New condo developments are springing up all over the Church-Yonge Corridor which is gradually changing the character of this downtown neighbourhood from urban grit to City chic.

The Downtown was originally settled by some of early Toronto’s most prominent families. The street names in this neighbourhood are clues to its rich history. For instance Jarvis Street is named after the family of William Jarvis, the former provincial secretary of Upper Canada. Homewood Avenue is named after the estate of George Allan, a former mayor of Toronto. McGill Street is named after Captain John McGill, and Sherbourne Street commemorates the ancestral home of the Ridout family who came to Canada from Sherbourne, Dorsetshire, England. When the aforementioned families subdivided their large estates in the mid 1800’s, the current neighbourhood was born. The mansions on Jarvis and Sherbourne streets set the tone for the Downtown which up until the early 1900’s, was considered Toronto’s most fashionable suburb.

Downtown residents have a wide variety of shopping opportunities available to them. This mix includes high-end fashion stores on Bloor Street, trendy shops and restaurants on Church Street, and day-to-day retail shopping on Wellesley, Gerrard, Sherbourne and Charles Streets. The major shopping centre in this part of the city is the Eaton Centre, which is Toronto’s largest indoor shopping mall, with over three hundred stores. The recently minted Downtown Yonge shopping destination includes over 600 retail stores, 150 bars and restaurants, 8 hotels, 4 theatres and Yonge-Dundas Square which is Toronto’s version of Times Square and features year round concerts, events and community celebrations.

Allan Gardens is the largest public park in the Downtown core. This park is the home of the Allan Gardens Conservatory, a botanical garden with six greenhouses that feature unusual and exotic plants from around the world. Allan Gardens’ calender of events includes spring, easter, and fall flower shows, as well as a Victorian Christmas show. The John Innes Community Centre located at 150 Sherbourne Street, has an indoor swimming pool, a gymnasium, a running track, a weight room, a cardio training room, a games room, a woodworking shop and a craft room. Adjacent to the community centre is the Moss Park Arena which includes pleasure and power skating programs as well as hockey leagues and a summer hockey camp. 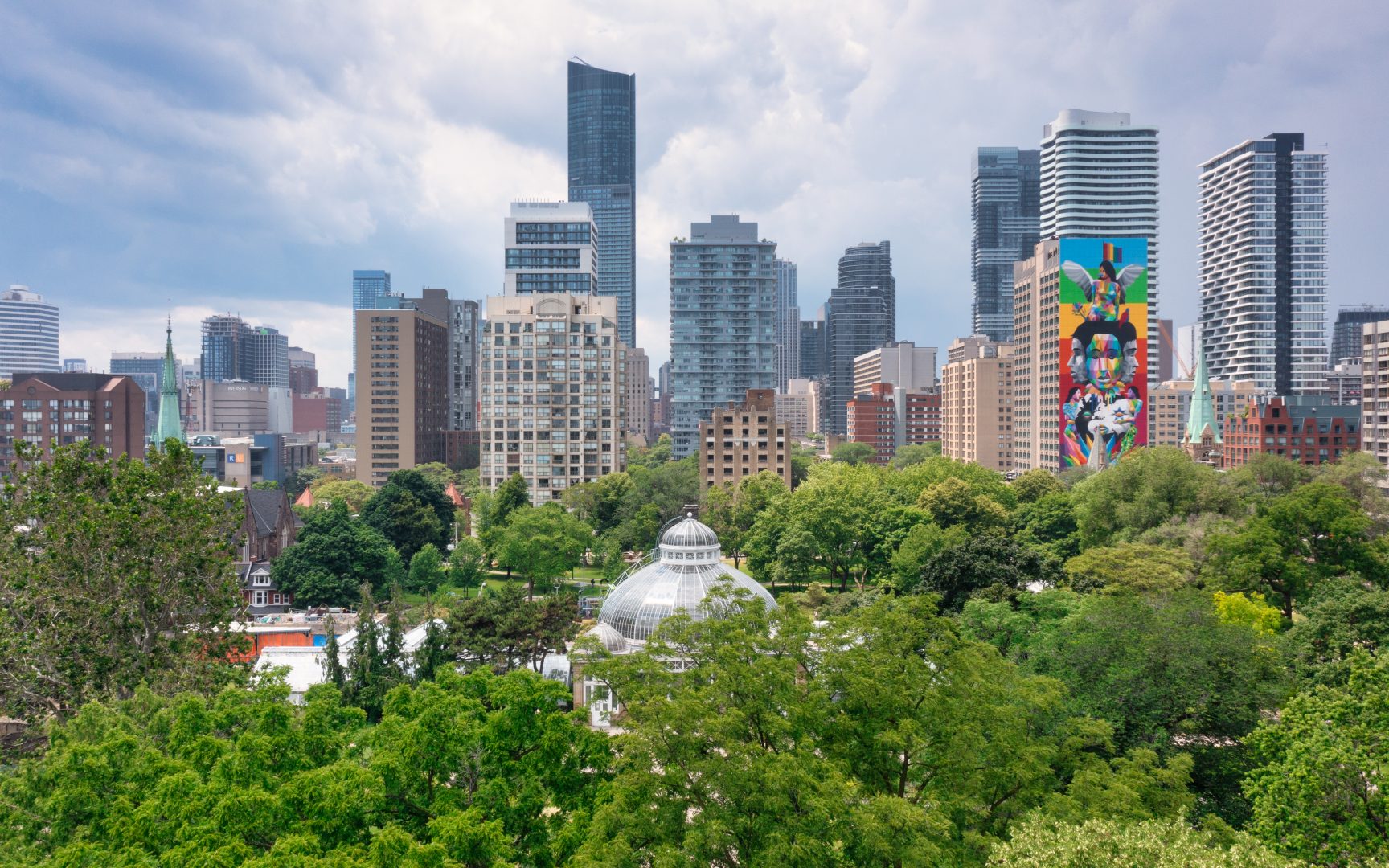