Vogue wrtiter Nick Remsen describes the neighbourhood as “a verifiable artery of indie patisseries, homegrown labels, and hidden-from-view galleries—hallmarks of hipness, if ever they existed.” The online article mentions iconic hip neighbourhood landmarks including The Drake and the Gladstone hotels, the Museum of Contemporary Art, Soho House Toronto and Graffiti Alley. 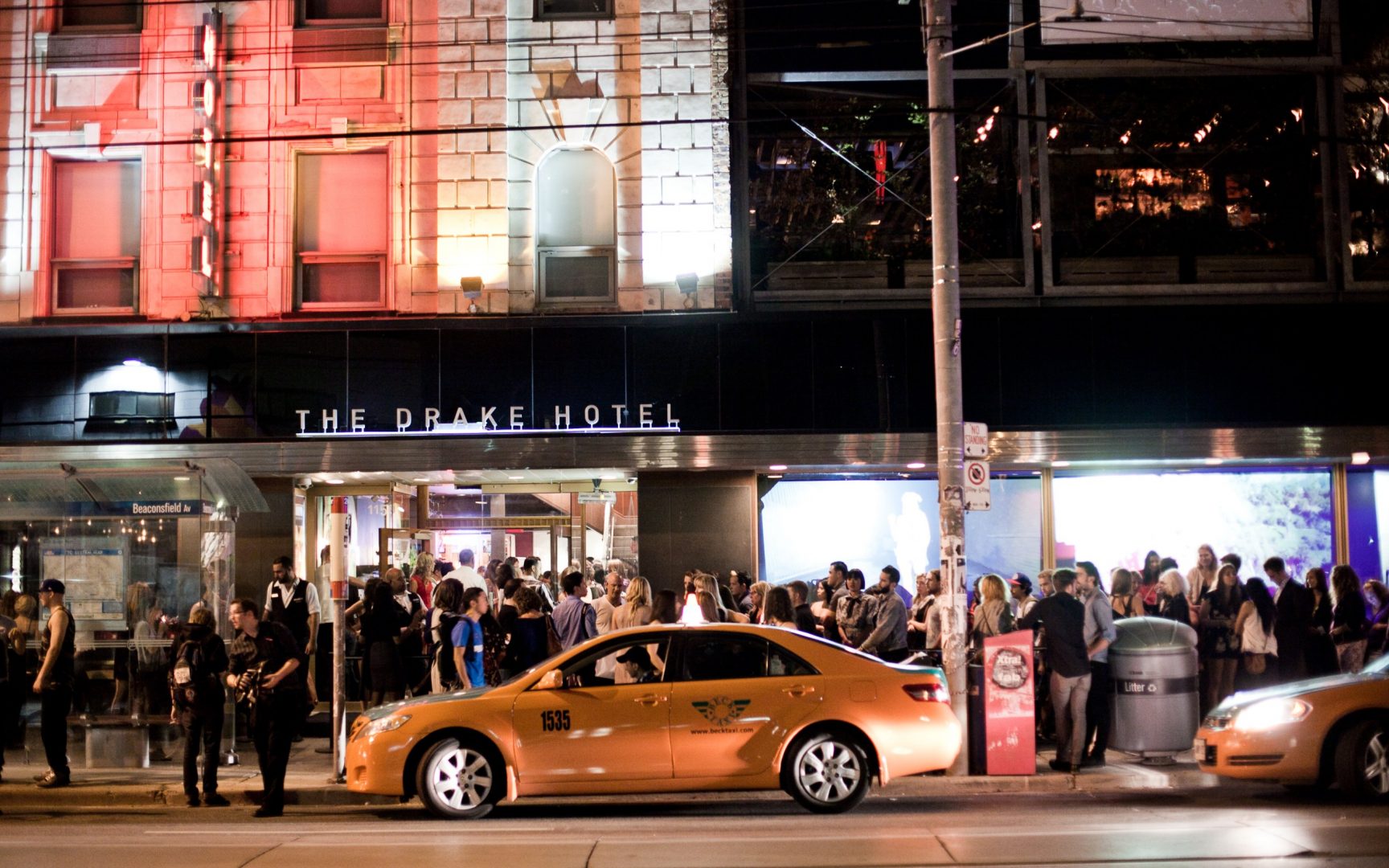 In the late 1800s West Queen West emeraged as a Pacific Railway Hub on the outskirts of the Village of Parkdale. This location was beyond the City limits and had a decidely working class charm. Two of the oldest neighbourhood landmarks are the Drake Hotel and The Gladstone Hotel which are both situated on Queen Street West. These hotels have been dramatically restored and refurbished and today both hotels are prominent pillars in the revitalized West Queen West neighbourhood.

West Queen West reflects the young demographic of the neighbourhood. You will find an eclectic retail mix on Queen Street West including fashion boutiques, interior design and furniture shops, antique and vinate stores and a vast array of restaurants reflecting Toronto’s multicultural diversity.

Located at 180 Shaw Street, Artscape Youngplace is a creative community hub and a home to artist studios, event rental spaces, and public lounging areas. This hub features tons of artistic and community programming happening in and around the building every day! Stop by AYP to explore the hallway galleries, grab lunch in the café, hand out in the public lounge spaces and surf the web with free WiFi. Youngplace is open to the public every day of the week from 8am – 8pm, and is fully wheelchair accessible. For more information, please visit http://artscapeyoungplace.ca/

Trinity-Bellwoods Park is located just to the east of West Queen West north off of Queen Street. There is something going on most weekends in good weather, and enjoyed by neighbouring residence from near and far.  The park’s facilities include a children’s playground, a wading pool, sports fields, a baseball diamond, and four tennis courts. There is also an artificial ice rink that is used for pleasure skating, permit hockey, shinny hockey, women’s and girl’s ice hockey, and a hockey school.

The Trinity Community Recreation Centre at 155 Crawford Street, has an indoor pool, a gymnasium, a track, and a weight room.

The Queen Street car is a fixture along the Queen line and makes it pretty enticing to leave your car in the garage. Visit this link and find routes to and from West Queen West. This train also takes you directly to the Eaton’s Centre and you can also go all the way East to the Beaches and Leslieville.

By car you have easy access to the downtown routes East and West  via the Gardiner and Lakeshore which can take you to the 427 North and the DVP North.