The Toronto Island communities are located on Ward’s and Algonquin Islands. There are a combined total of 250 houses, and approximately 650 residents on these two Islands. Island residents own their own houses but lease their property from the provincial government. At the present time there is a purchasers’ waiting-list of over three hundred people who hope to one day assume a lease on the Islands. The Toronto Islands are the only Toronto neighbourhood that does not allow cars. Walking and cycling are the standard modes of transportation here. 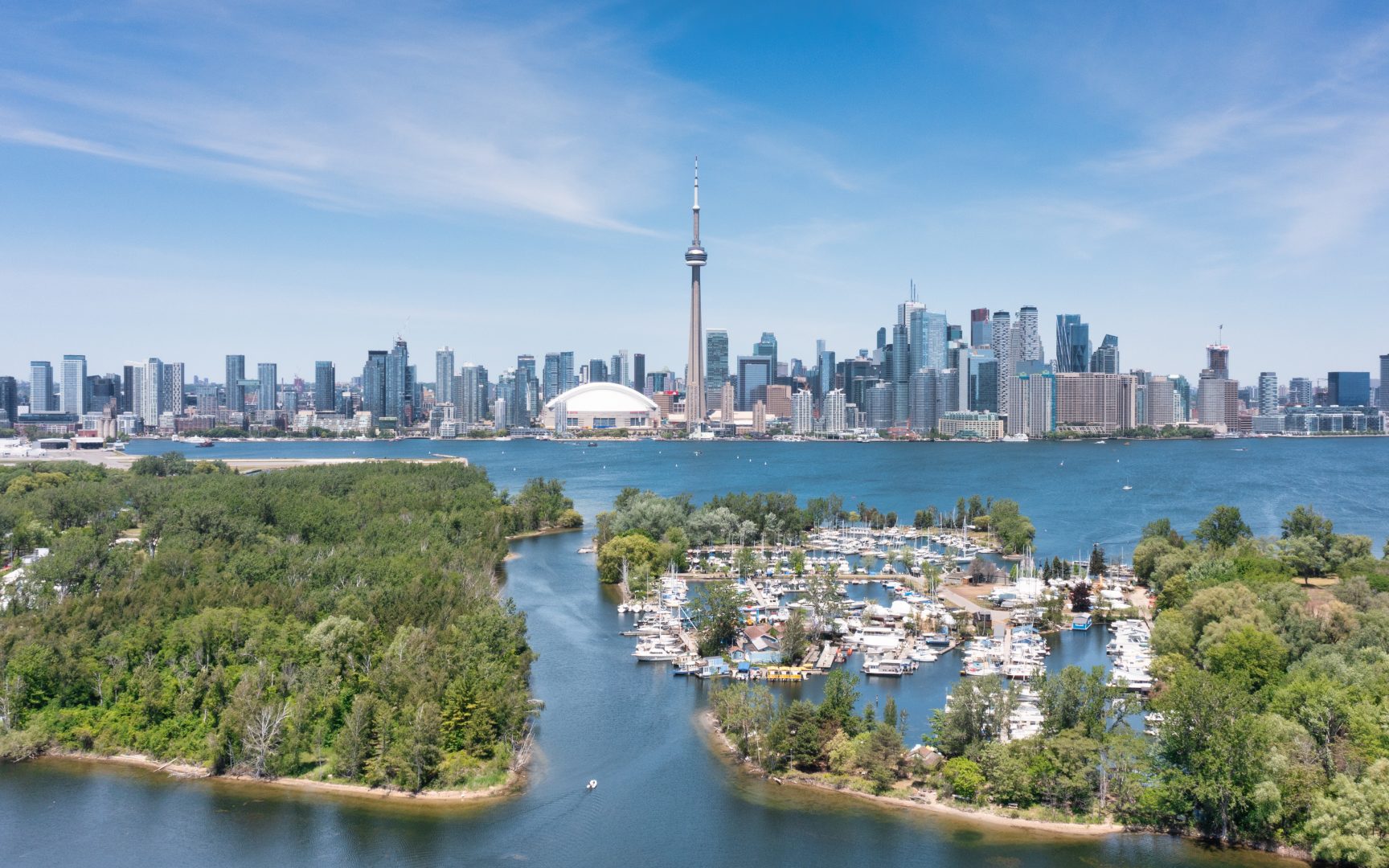 The Toronto Islands were created in 1858 after a tremendous storm separated Toronto’s eastern peninsula from the city’s mainland. Once the Islands had been formed they immediately became a popular summer playground containing hotels, amusement parks, and summer cottages. A housing crisis during World War Two led to the winterization of Island cottages and marked the beginning of year round occupancy on the Toronto Islands. Once the war was over, Metro mandated that all the Island houses be demolished so that the Toronto Islands could be used exclusively as parkland. Only the communities of Ward’s Island and Algonquin Island survived the city’s wrecking crews. However, their status remained clouded until 1994 when the province signed a 99 year lease deal with Toronto Island residents, that finally secured the future of the “Islanders” and their neighbourhood

The Toronto Island Residential Community Trust manages the buying and selling of homes on the Island. Islanders are permitted to hand down both houses and leases to their heirs but no profit is allowed on the sale of Island houses or on the transfer of leases. The Islands’ house values are calculated based on the cost to build less depreciation. The land leases fluctuate slightly over time but are currently at $39,000 for Ward’s Island, and $49,000 for Algonquin Island. Algonquin’s leases are higher because the lots are bigger. The Toronto Island houses have mostly wood exteriors which blend in well with the rustic setting of this neighbourhood. Each Island home is decorated with a variety of whimsical accents, that add to the overall charm of these picture postcard houses.

Island residents do most of their shopping on the mainland. However, a grocery store delivers food once a week and the milkman delivers twice a week. Sobeys at the foot of South Simcoe St. is on the North end of the Queens Quay Terminal buliding in Harbourfront Community. Their new expansion is a bonus for islanders who need only hop off the boat to do their weekly shopping. Life is easy going on the Island. No cars allowed makes for community interaction as residence and visitors alike travel the islands mainly on foot or bicycle.

Located on idyllic Ward’s Island just steps from the ferry dock, the Island Cafe is the perfect spot for a coffee, brunch, lunch, a home baked treat or a sunset dinner. Counter service and take out bar, ice cream, and the garden patio is fully licensed. With pre-orders they will even make you a Picnic Basket for your day on the Island! 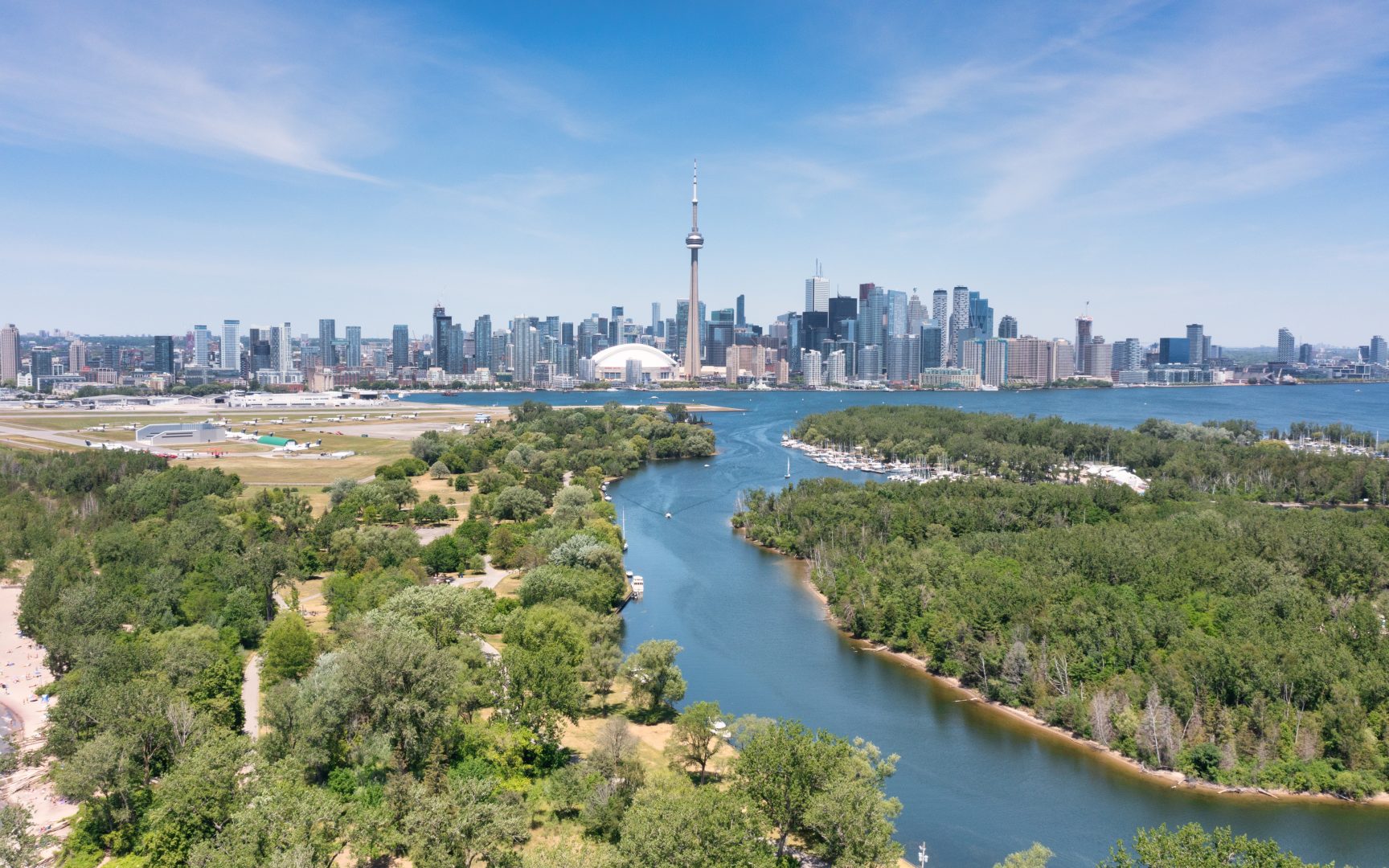 Ward’s Island has tennis courts, lawn bowling, a baseball diamond, a children’s playground, a soccer field, and one of the nicer beaches in Toronto. Ward’s Island also has a clubhouse and snack bar. The clubhouse on Algonquin Island is winterized, and is used for a variety of community events. Island residents enjoy spending a great deal of time on their gardens which are among the prettiest in Toronto. The Toronto Islands are an excellent place to go sailing, cycling, jogging, and canoeing. During the winter there is cross-country skiing and skating on Lake Ontario. 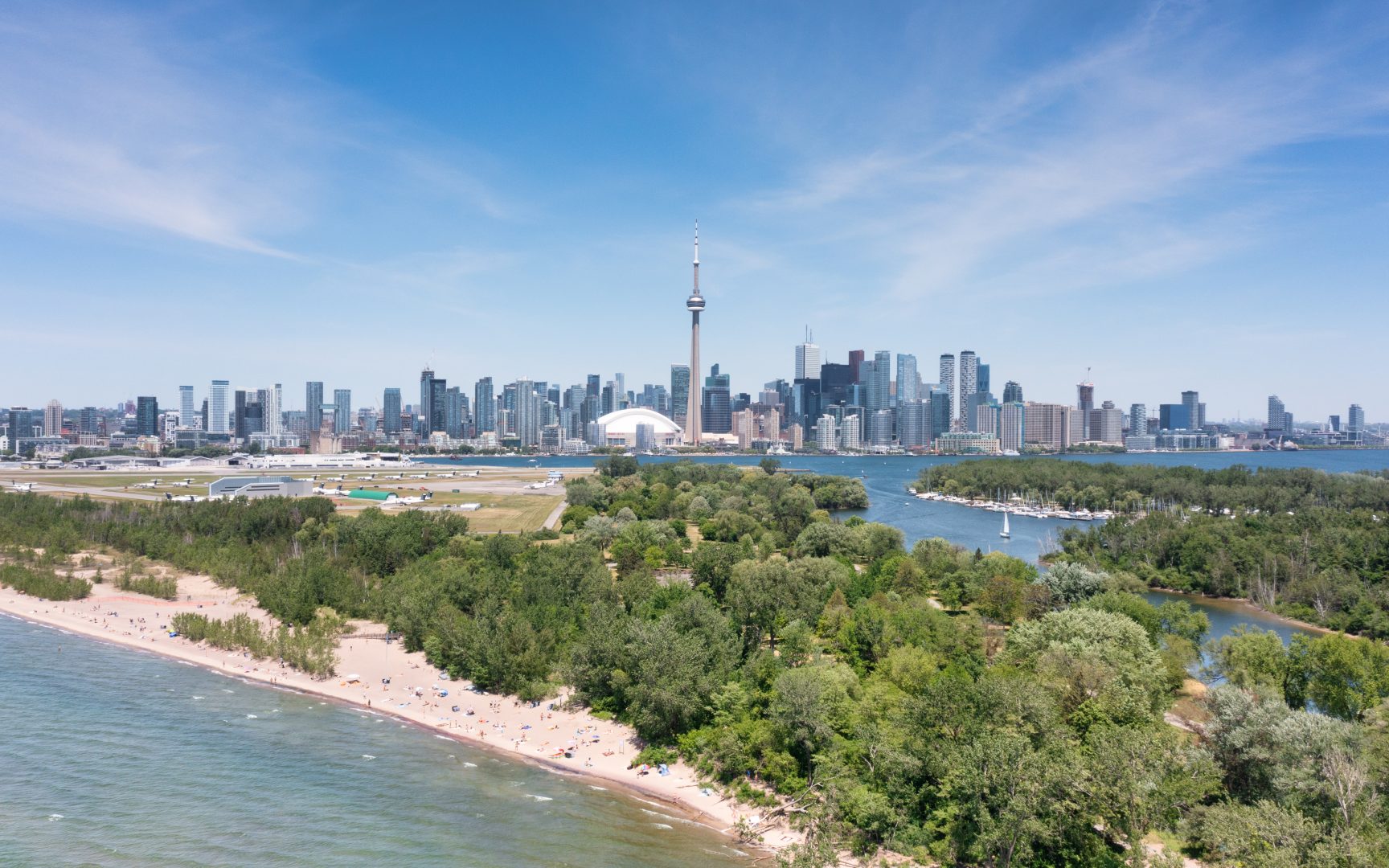 The Toronto Island Ferries run seven days a week and operate all year round shuffling Island residents to and from the mainland. The ferry ride from the mainland to the Ward’s Island dock takes approximately ten minutes. Once on the islands, biking is a great way to get yourself around. Visit Toronto Island Bike Rentals to book your “wheels”. For walking and hiking nothing beats the wonderful paths and walkways provided by the Island communities, bordered by spectacular views of the lake, beautiful gardens and greenery and the City of Toronto skyline off in the distance. 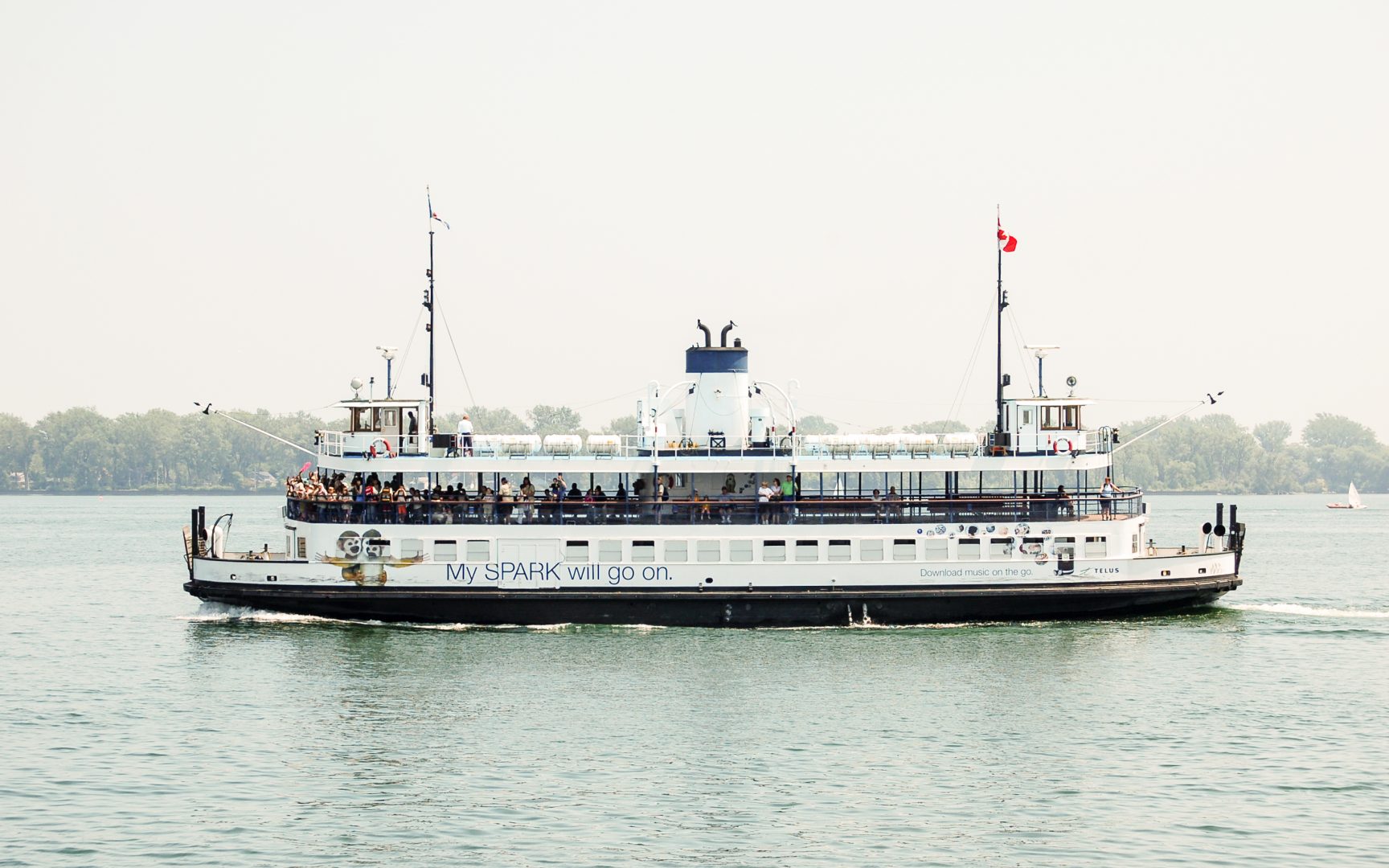 A Ferry in Toronto Harbour, Photo by Unknown