Living in The Beach

The Beach looks and feels more like a lakeside resort town, than a big city neighbourhood. In the summertime, thousands of Torontonians and tourists flock to The Beach to walk on The Boardwalk, exercise along the Martin Goodman Trail, relax by the water, or shop and dine at the colourful stores and restaurants along Queen Street. The social centre of The Beach neighbourhood is Kew Gardens, which hosts many annual events including a Christmas Tree and Menorah lighting festival, a Jazz festival, and an Arts and Crafts show.

Ed. Note: A long standing debate has ensued over the proper name for this neighbourhood. Some refer to it as The Beach, others as the Beaches. To be politically correct use The Beach, otherwise both are acceptable. 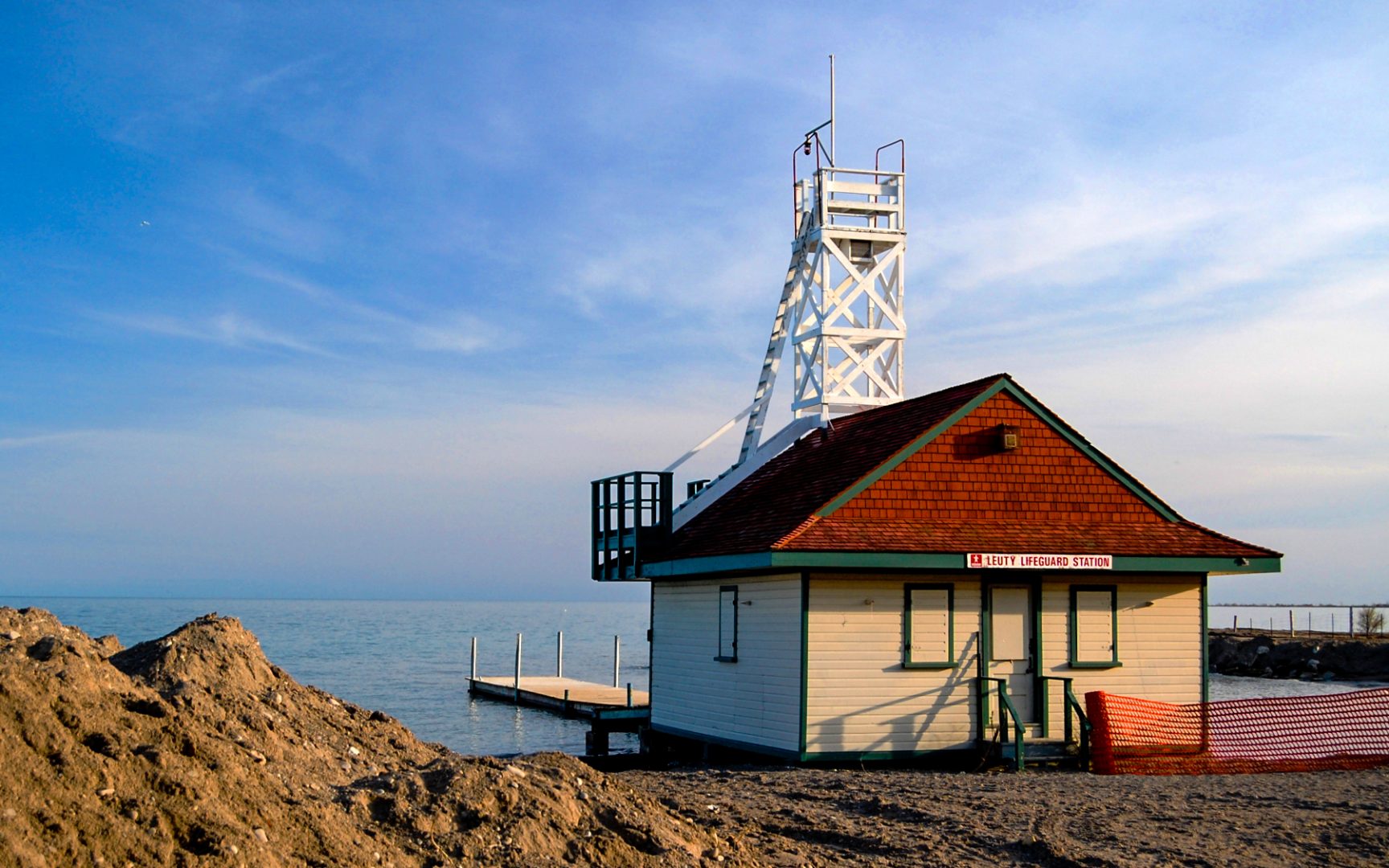 History of The Beach

The Beach was first settled by the Ashbridge family who came to Canada from Philadelphia, in 1793. Ashbridge’s Bay Park is named after these pioneers. The Ashbridges, and a handful of other families, farmed this district until the latter part of the 1800’s, when many of The Beach properties were subdivided. At that time, large parcels of land were set aside for local parks. Woodbine, Kew Gardens, Scarboro, Balmy Beach and Victoria Park collectively became Toronto’s playgrounds by the lake. These amusement parks also attracted many summer cottagers to the area. By the 1920’s, the City of Toronto was expanding eastward and The Beach was subdivided for year round residential development. Over the years The Beach has emerged as one of Toronto’s most popular neighbourhoods.

Homes in The Beach

The Beach has the greatest variety of architectural house styles of any Toronto neighbourhood. The charm of these homes is accentuated by the tree-lined streets that wind their way down to the lake. Many of the original frame Beach cottages built in the latter half of the 1800’s and the early 1900’s, have been modernized and are still standing today. However, the majority of The Beach homes were built during the 1920’s and 1930’s. The former Greenwood racetrack site located at the foot of Woodbine Avenue is now the site of a large new home development known as The Beach. This large collection of heritage inspired custom built homes will include detached and semi-detached houses, and townhomes. Also included in this mix will be a handful of low-rise condominium apartment buildings.

Lifestyle in The Beach

Queen Street is the most commercial of The Beach shopping districts. Many of these stores and restaurants have a beach motif that caters to the tourist trade. The shops on Kingston Road also have a beach flavour, however they attract a more local clientele than the stores on Queen Street. 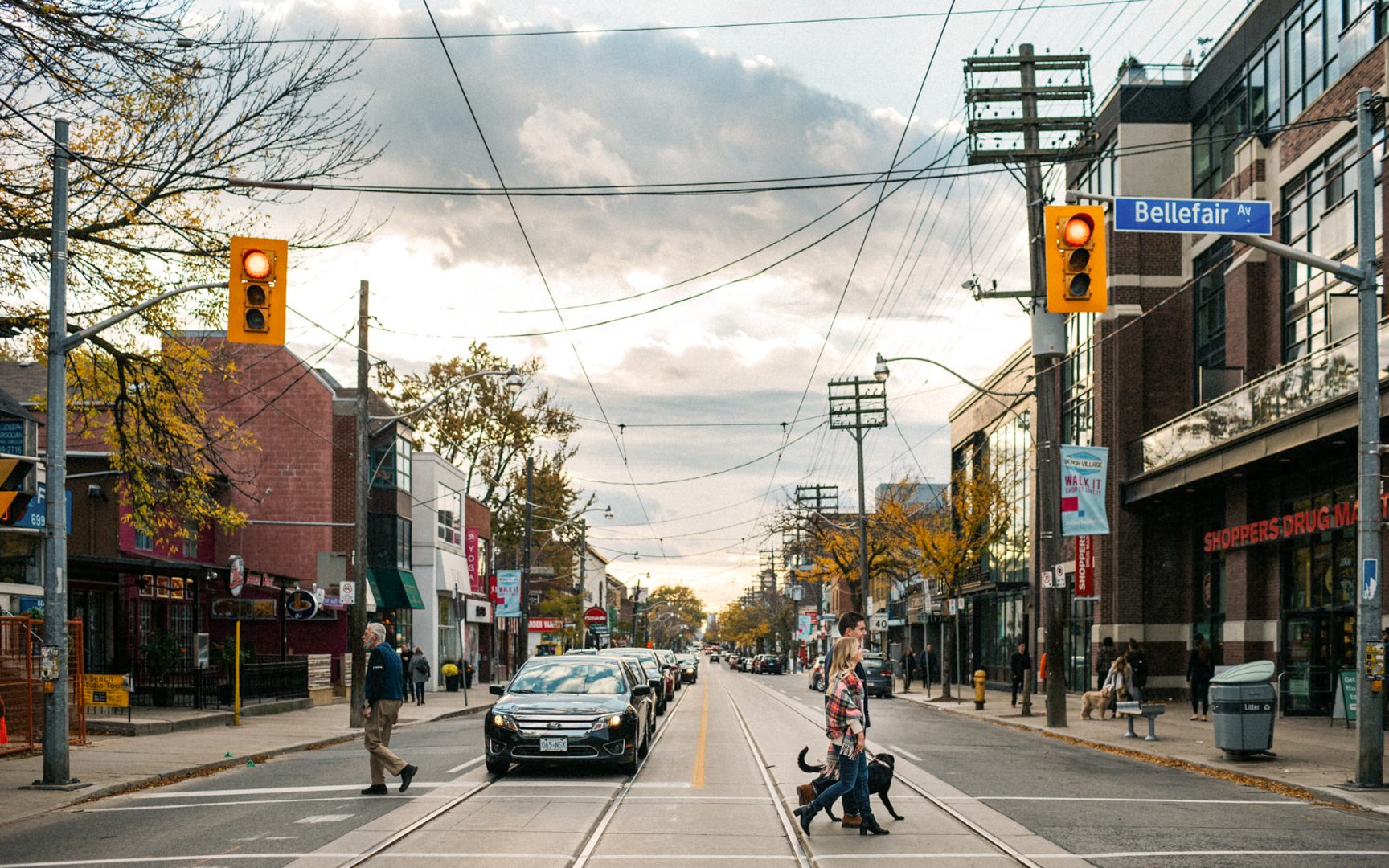 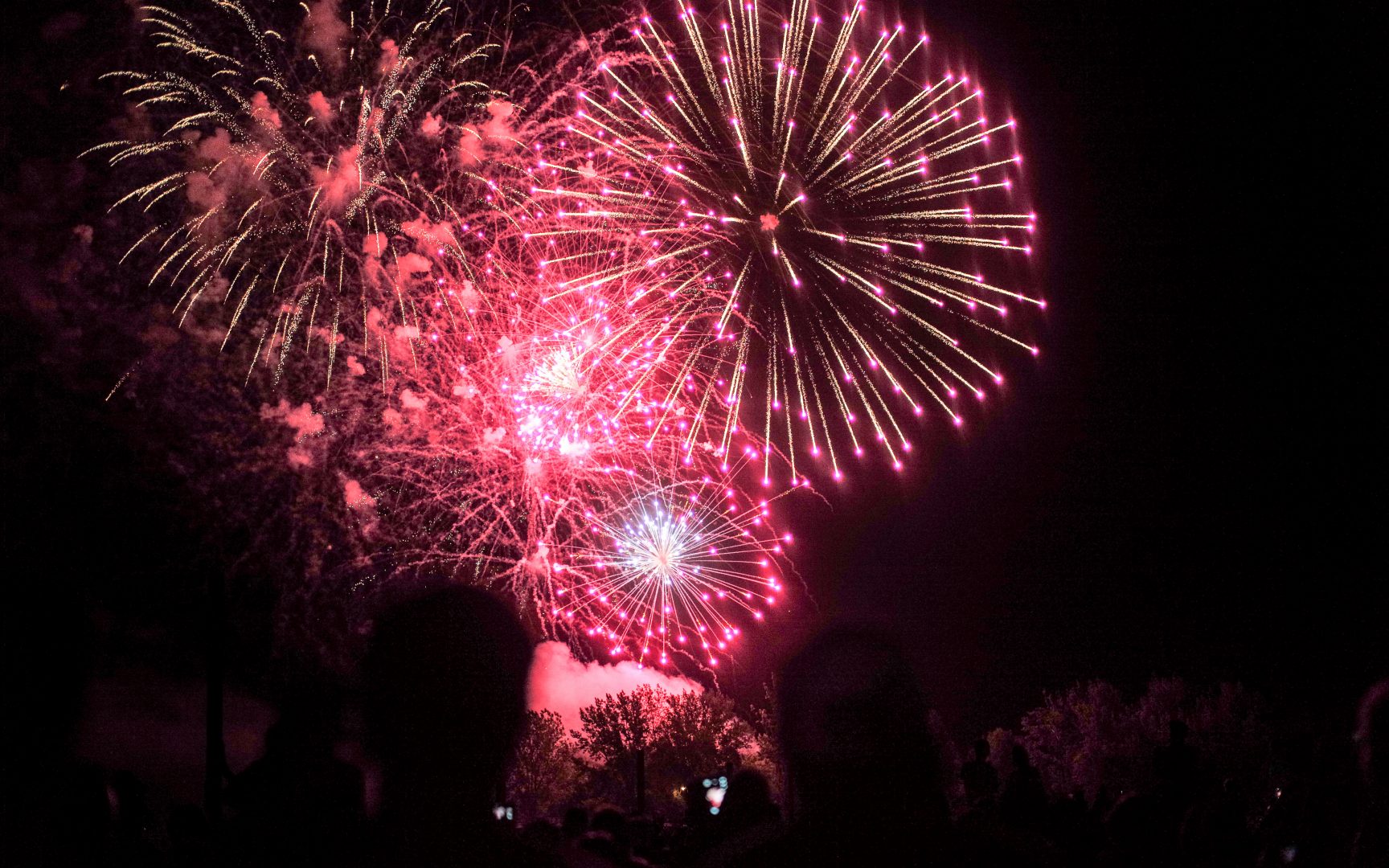 Recreation in The Beach

The Beaches’ most famous landmark is The Boardwalk. The Boardwalk is skirted by the Martin Goodman Trail which spans the city’s waterfront from The Beach to the Humber River. Ashbridge’s Bay Park is a good spot for family picnics and windsurfing. Its also a popular spot for beach volleyball. Glen Stewart Park off Queen Street has a picturesque ravine and nature trail. Donald Summerville Pool at the foot of Woodbine Avenue, overlooks the lake and includes an Olympic size pool, a diving pool and a children’s pool. Kew Gardens has one of Toronto’s most active tennis programs with 10 flood lit courts. This park also has a baseball diamond, an artificial ice rink, a children’s playground, a wading pool and a concert bandstand. The Beach Branch of the Toronto Public Library is right next to Kew Gardens, off Queen Street. 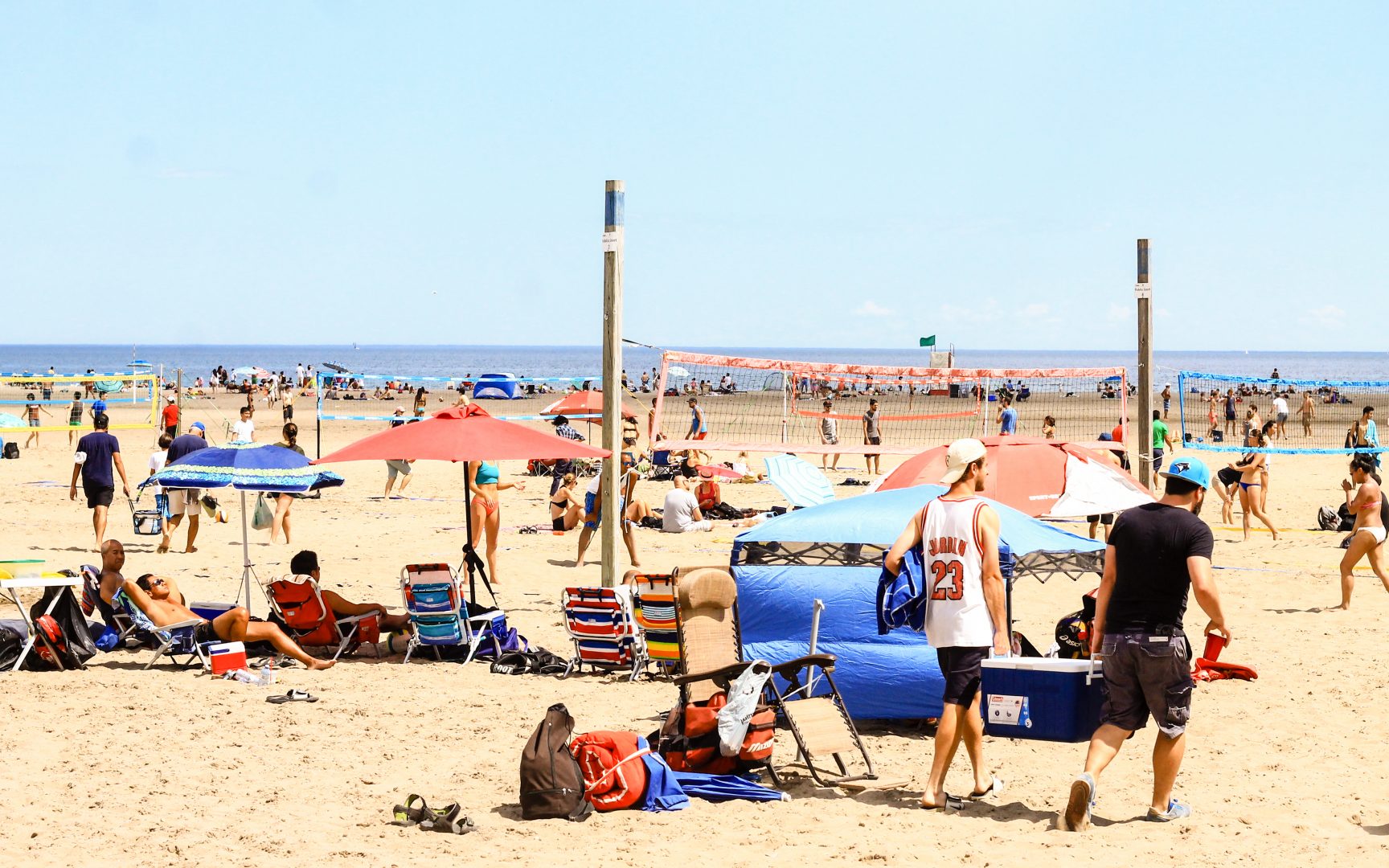 The Beach, Photo by Unknown 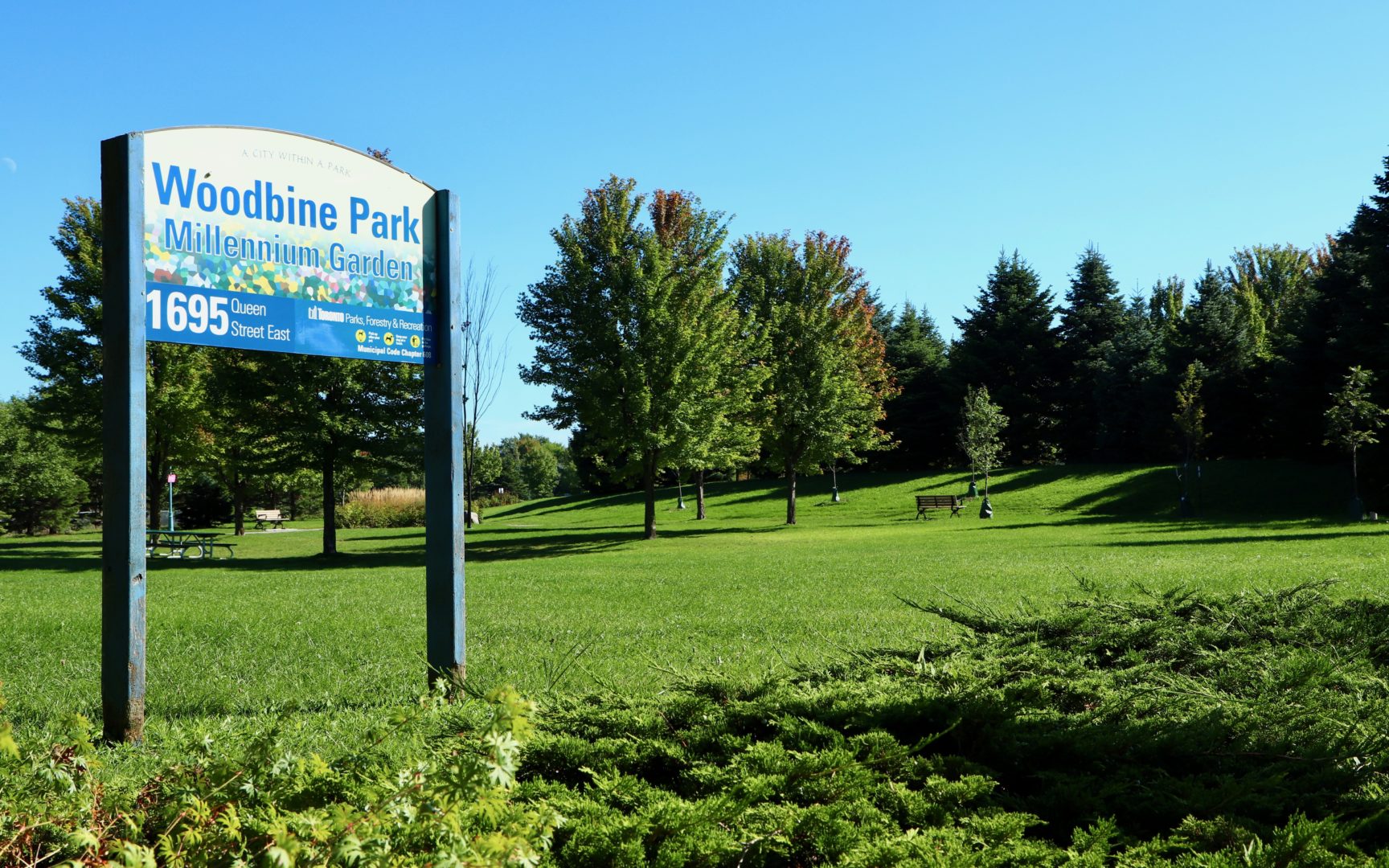 Transportation in The Beach

There are bus or streetcar routes along Queen Street, Kingston Road, Gerrard Street, Victoria Park Avenue, Main Street, and Woodbine Avenue. All these surface routes connect to Toronto’s rapid transit lines and subway stations. Motorists have the convenience of being located close to the Don Valley Expressway, the Gardiner Expressway, and Lake Shore Boulevard. 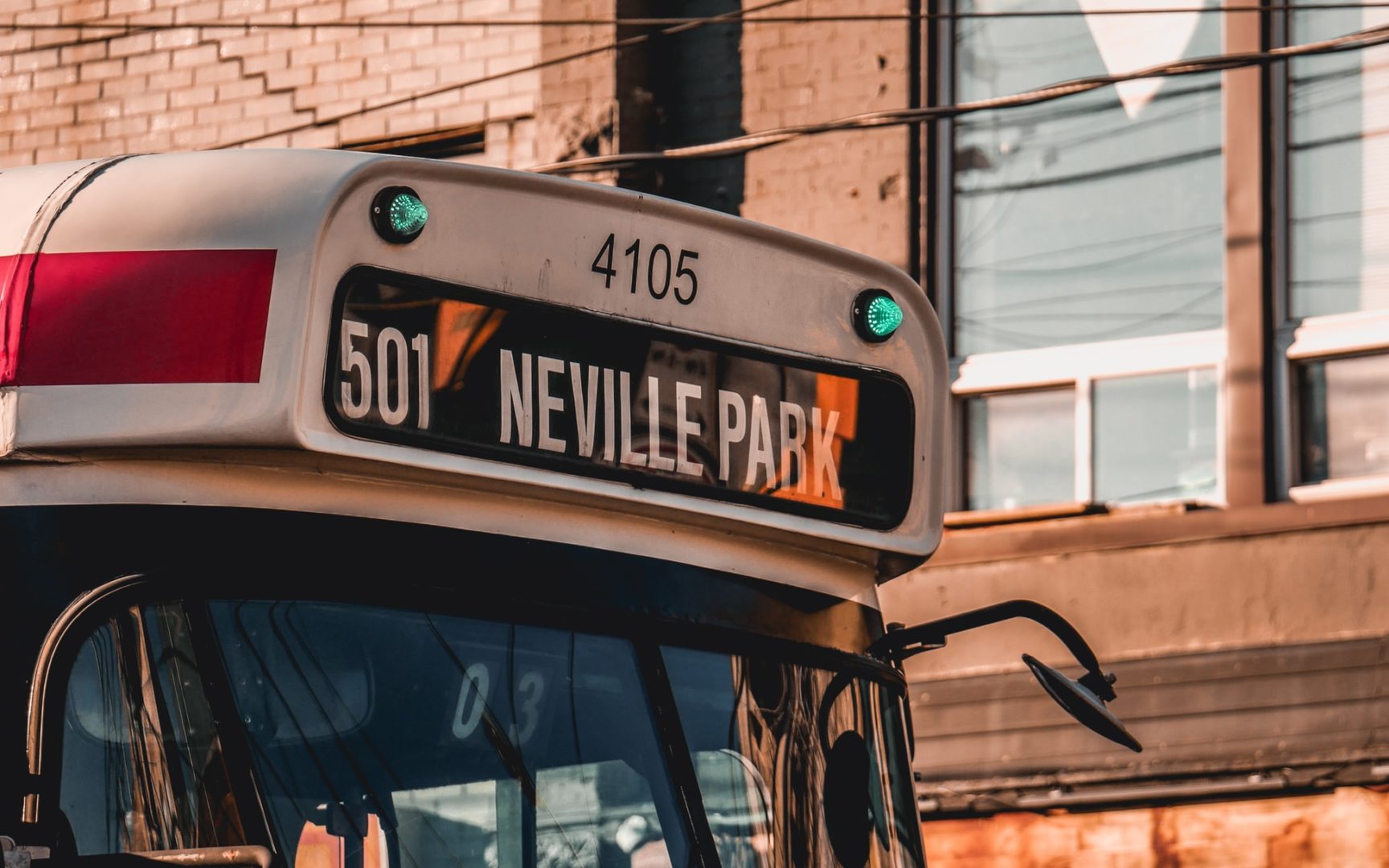