Sunnyside is a lakefront district in Toronto, Ontario, Canada. It includes a beach and park area along Lake Ontario’s Humber Bay, from west of Exhibition Place to the mouth of the Humber River. The area has several recreation uses, including rowing clubs, sports clubs, picnic areas, playgrounds, a nightclub, a bathing pavilion and public pool. The area is a 3 kilometres (1.9 mi) long strip along the lakeshore, bounded by the Gardiner Expressway and rail lines, which separate it from the Parkdale, Roncesvalles and Swansea neighbourhoods to the north. The name originates in a local farm owned by John Howard, which was situated just to the north, on the location of the current St. Joseph’s Health Centre hospital.

The area is first noted in Toronto history as the location of the landing of an 1813 attack in the War of 1812. As Toronto grew, High Park preserved the open space to the north, while the Sunnyside area along the lake was taken over by new rail lines and a hydro-electric line serving Toronto, although the area remained popular for boating and swimming. By 1900, there were calls to clean up the area and in the 1910s, the area was the site of a massive waterfront reclamation public works project which expanding the land area by 38 hectares (94 acres), provided a breakwater for boating and built several beaches. Its popularity grew as a summertime recreation area and from 1922 to 1955, the reclaimed land was home to the popular Sunnyside Amusement Park which ran every summer. The amusement park was demolished to facilitate the building of the expressway, leaving behind several shoreline recreation uses from the era of the park, including the pool, the beaches and the sports clubs, all of which remain popular and well-used each summer. 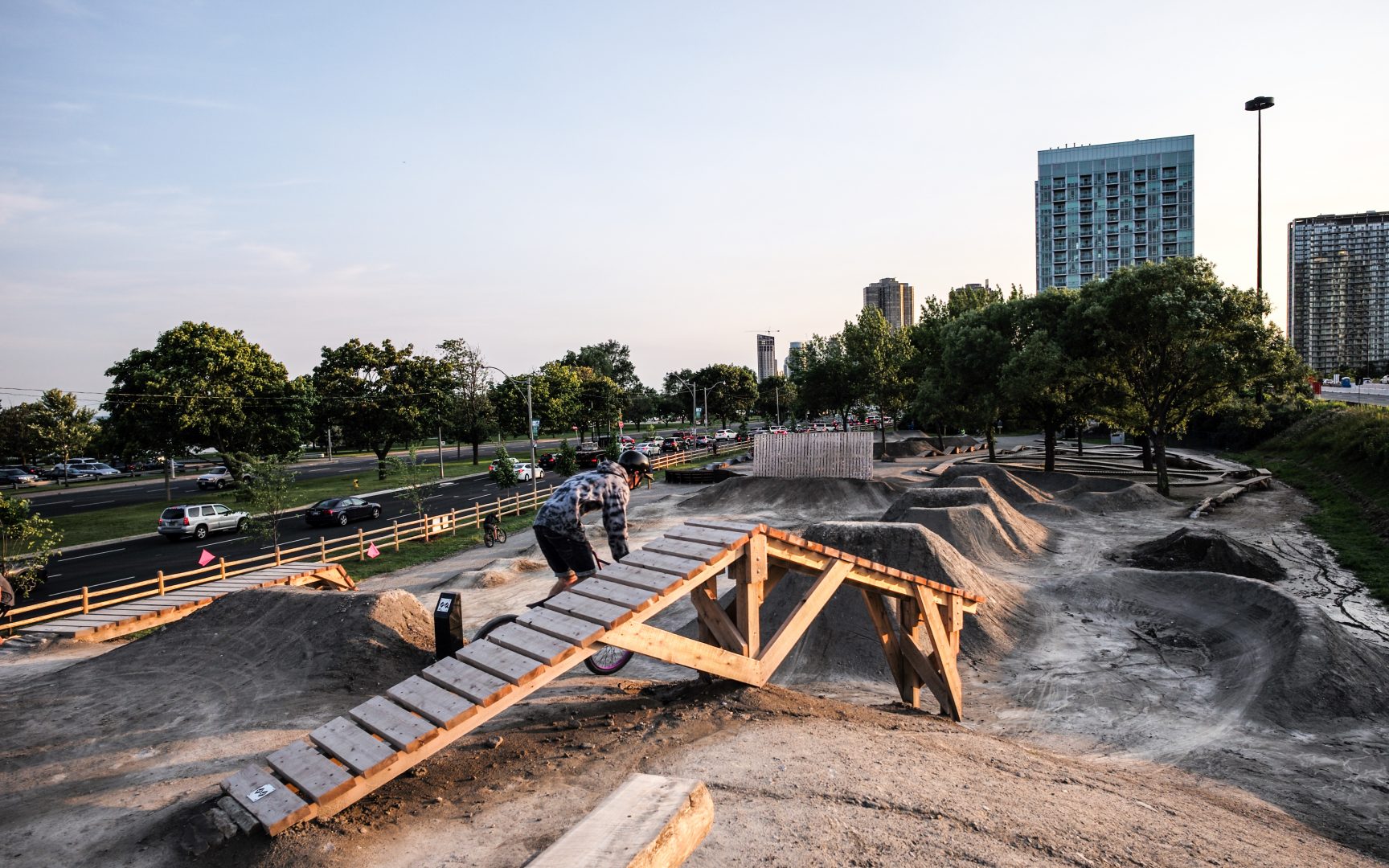