Riverside is a great example of a neighbourhood that has drawn on its history as the impetus for a new era of prosperity and growth. This ‘everything old is new again’ approach has been spearheaded by the Riverside Business Improvement Area. A renewed pride of ownership in the community is evident in the area’s award-winning beautification and revitalization projects that include new pedestrian lighting and façade restorations.

Riverside has undergone a gentrification of sorts but it has still been able to maintain a gritty urban charm. Riverside includes some of Toronto’s more remarkable century old buildings that have provided the perfect backdrop for the plethora of shops and restaurants that have recently sprung up in the area. Some would describe the area as Bohemian due to the eclectic and artsy businesses along Queen Street and mingling of people from all walks of life.

When you are in Riverside it is hard to imagine you are just 2.5 kilometers from downtown Toronto. The railway corridor and the Don Valley that border this neighbourhood have resulted in a tightly knit community within a well defined area. Some notable neighbourhood landmarks include: the New Broadview House Hotel, Ralph Thornton Community Centre, The Opera House, Jimmy Simpson Park and Recreation Centre, Toronto’s east chinatown located at Broadview and Gerrard, the recently revitalized Don Mount Court/Rivertowne mixed income public housing development, and last but not least De Grassi Street. This street was made famous by the popular CBC Degrassi series of television shows for youth. While largely filmed elsewhere the vibe of the show originated with this area and many exterior shots were filmed in this neighbourhood.

The Village of Riverside first appears on an 1882 map of Toronto titled: Goads Insurance Plan of the City. A nearby  Toronto Base Ball Ground with a Grandstand is shown as a neighbourhood landmark. By 1889 an updated Goads map states that Riverside is now known as St. Matthew’s ward and proclaims that it will eventually form part of Toronto. This was a foregone conclusion as Riverside had already been annexed by the City of Toronto in 1884.

Prior to annexation Riverside was mostly working class with many people in the area employed by the nearby railway or one of the local market gardens. Some of the original labourers cottages have survived from this time. Annexation would usher in a new era of prosperity for Riverside. It was during this transitional time from village to city neighbourhood that many of the beautiful Victorian and Edwardian homes that line the streets of this neighbourhood were built.

In spite of the name change, the neighbourhood refused gentrification, while neighbourhoods all around it basked in a revitalization and became trendy and hip destinations. In 2005 the local B.I.A. decided to look to its past as a guidepost for the future and changed its name to Riverside. Riverside is a shining example of how a respect for an areas history and architecture can revive an entire neighbourhood and turn its fortunes around.

Most of the houses in this neighbourhood are heritage homes and feature Victorian, Second Empire or Edwardian architecture. The older semi-detached and attached townhomes are quite narrow and generally do not include off street parking.  There are not that many detached houses in this neighbourhood. The saying “everything that is old is new again” pops to mind when describing Toronto’s Riverside neighbourhood. This quaint urban neighbourhood was the land of opportunity for Toronto home-buyers 100 years ago. Flash forward to now and Toronto home-buyers are once again discovering the value that this revitalized east-end neighbourhood has to offer. 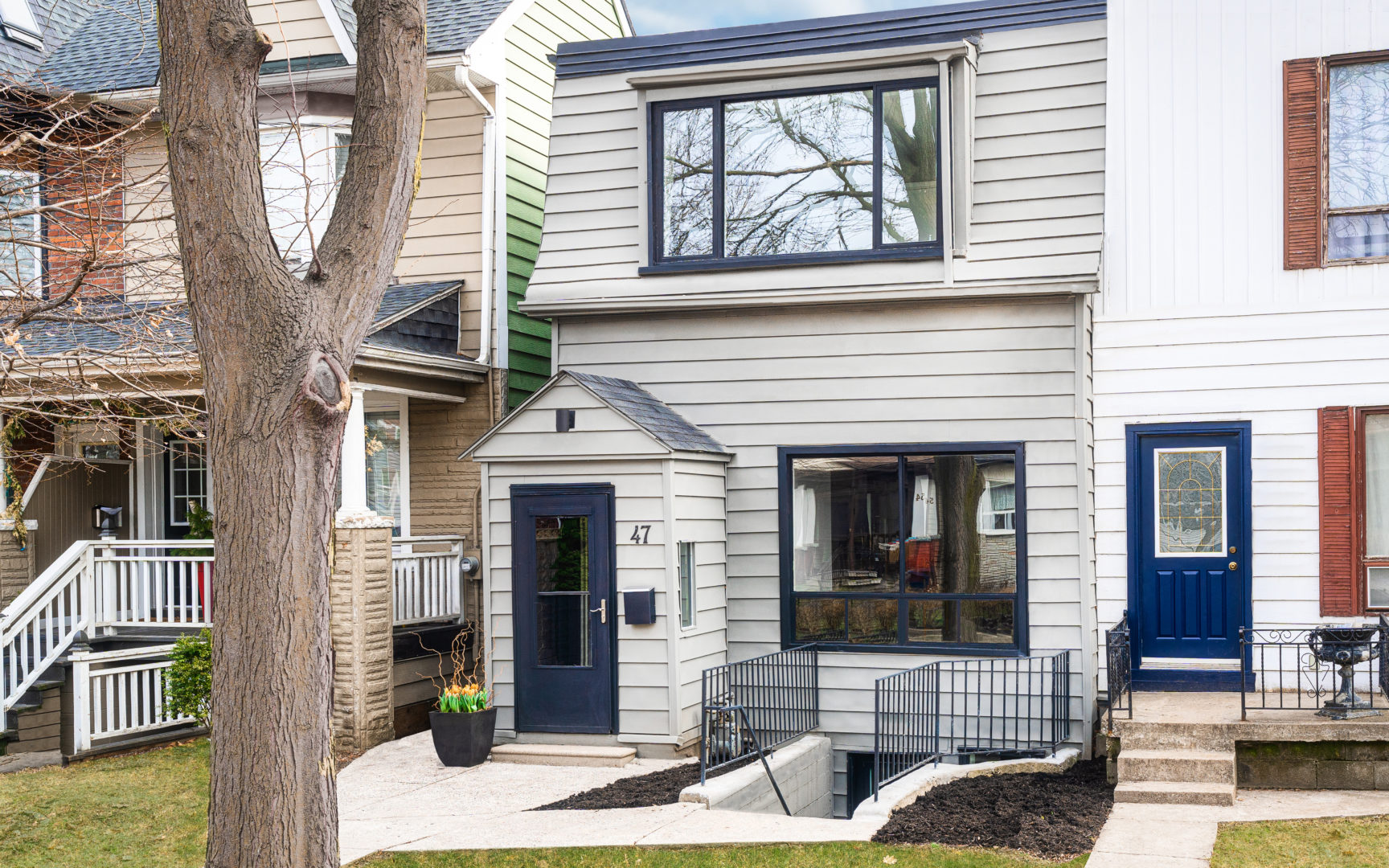 The Riverside Buisness Improvement Area encompasses 10 blocks along Queen St. East. The streetscape is enhanced by a fine collection of heritage buildings which make the perfect venue for the more than 120 shops and services that line this street. The independently owned stores include: funky fashion boutiques, home decor and gift shops. At the end of your shopping excursion you might want to treat yourself to one of the savoury treats offered from a variety of food artisan shops. Riverside is also about dining. It has earned a reputation as a culinary destination with many award winning restaurants. 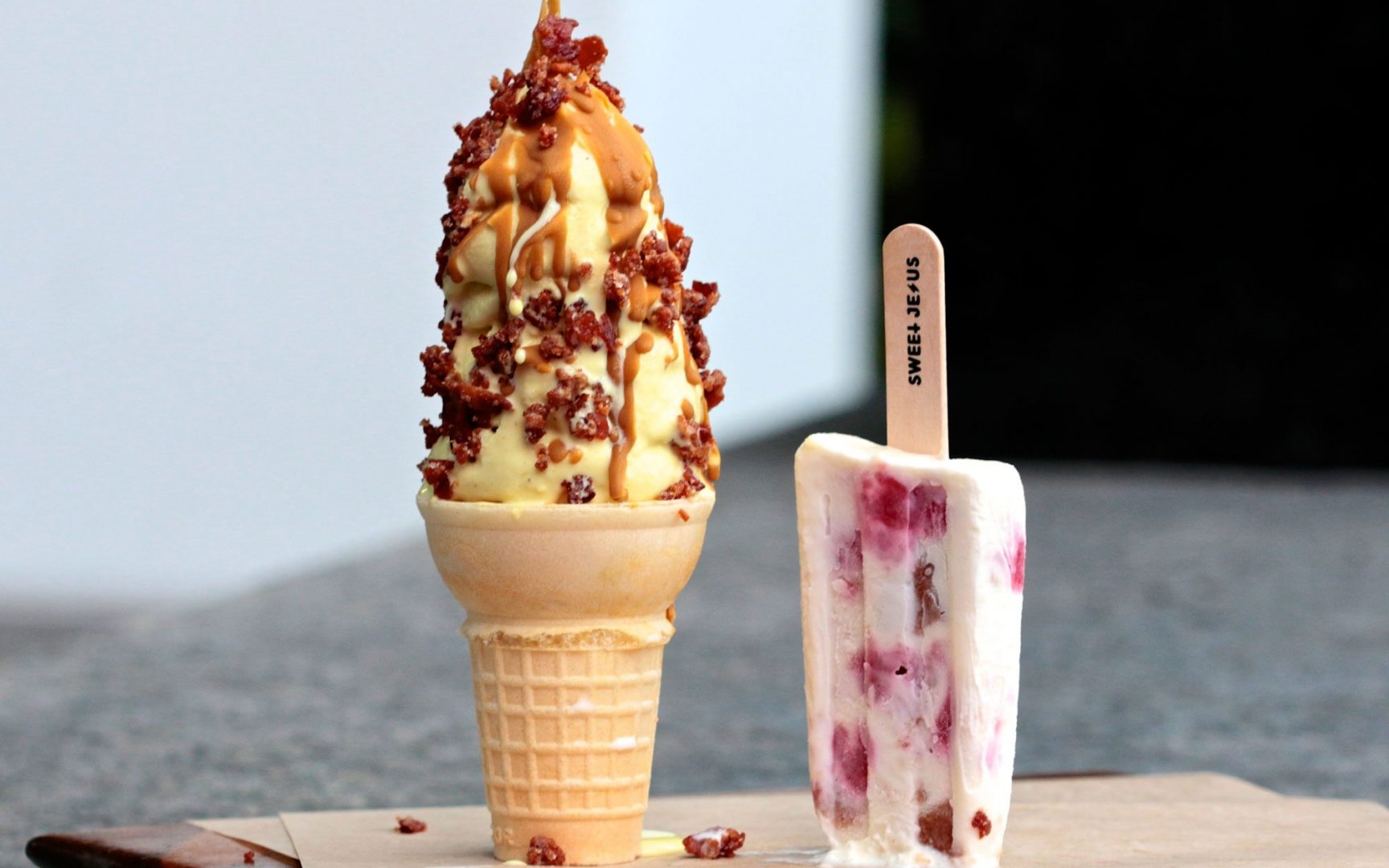 The Ralph Thornton Town Hall and Cultural Centre is a multi-purpose community facility located at 765 Queen Street East. This centre offers programs for people of all ages. This centre features a computer resource area, recreation and educational programs, and meeting space for a variety of neighbourhood events. The Jimmie Simpson Recreation Centre located at 870 Queen St East features an indoor swimming pool and multi-purpose rooms. There is an outdoor ice rink located directly beside the main building. Jimmie Simpson Park a large greenspace surrounding the recreation centre, has two tennis courts, one soccer pitch, a four net outdoor basketball court and one baseball diamond. The Opera House located at 735 Queen St. East, was originaly a vaudeville theatre. This popular entertainment venue has hosted a number of big concerts. It is also used a popular choice for feature film shoots, videos, commercials and television productions, comedy acts, DJ’s and MC’s local and international, corporate, special and fund raising events.

It is just 2.5 km from Riverside to downtown Toronto. if you are travelling by public transit, the 501 Queen streetcar route crosses the Queen Street Viaduct over the Don River. This streetcar route interchanges with the Yonge-University-Spadina subway line at Queen and Osgoode stations. Motorists can easily access the Don Valley parkway just to the west of this neighbourhood.