Riverdale is the gateway to Toronto’s east-end neighbourhoods. It is a large and diverse community that is especially well known for its colourful shopping districts and quaint Victorian homes. This is a high density urban neighbourhood that is also blessed with an abundant of parkland where one can escape the hustle and bustle of big city living. Riverdale Park to the West is one of the largest green spaces in the city. It’s steep hills are a favourite of tobogganers. Withrow Park to the East is a neighbourhood hub and meeting place with a popular farmers market. Top ranked schools, great shopping and convenient access to transit have attracted many families to this popular neighbourhood.

Riverdale was a small rural community until the Grand Trunk Railway began steaming through here in the 1850’s. The railway brought industry and employment opportunities to Riverdale. It also attracted a pool of labourers who built the first homes in Riverdale, south of the railway tracks. North of Queen Street Riverdale remained largely undeveloped until 1884 when it was annexed by the City of Toronto. At that time Riverdale was called Riverside. The name was probably changed to Riverdale as a reference to the city park of the same name, that has long been a landmark in this area. Riverdale’s development was accelerated in 1918 with the building of Toronto’s largest bridge, the Prince Edward Viaduct. The Viaduct provided Riverdale with an important link to the City of Toronto, west of the Don River, and marked a coming of age for this popular Toronto neighbourhood.

Riverdale’s two and three storey Victorian houses were built largely between 1880 and 1924. Many of these homes have undergone extensive renovations that in some cases involved creating larger open concepts. Many third floors have walkouts to a deck that overlooks the lush Riverdale tree canopy. The houses in South Riverdale are on average smaller, older and less expensive than those in North Riverdale. Most of Riverdale’s homes have parking off rear laneways, and permits are available for street parking.

Riverdale’s best known shopping district is along Danforth Avenue, east of Broadview. The Danforth is the heart of Toronto’s Greek community. It features many first class Greek restaurants and a dazzling array of stores. Riverdale also has a Chinatown shopping district centred around Gerrard and Broadview. This stretch of stores is known for its bakeries, grocery stands, and restaurants. Another shopping destination point for Riverdale residents is Queen Broadview Village. This historic shopping district includes some interesting antique and collectible stores. Gerrard Square located at the corner of Pape Avenue and Gerrard Street is a large indoor shopping mall with over 70 stores.

Riverdale has a myriad of parks and parkettes situated throughout the neighbourhood. The three largest parks are Riverdale Park East, Withrow Park and Jimmie Simpson Park. Each of these Parks contain tennis courts, a wading pool, a hockey rink, and a baseball diamond. Riverdale Park also has an outdoor pool and a running track. The Jimmie Simpson Recreation Centre has an indoor swimming pool, a games room and a gymnasium. The Pape Recreational Centre has a gymnasium, an indoor pool, a weight room and meeting rooms. Riverdale has four public libraries that offer a myriad of programs for children, adults and seniors. 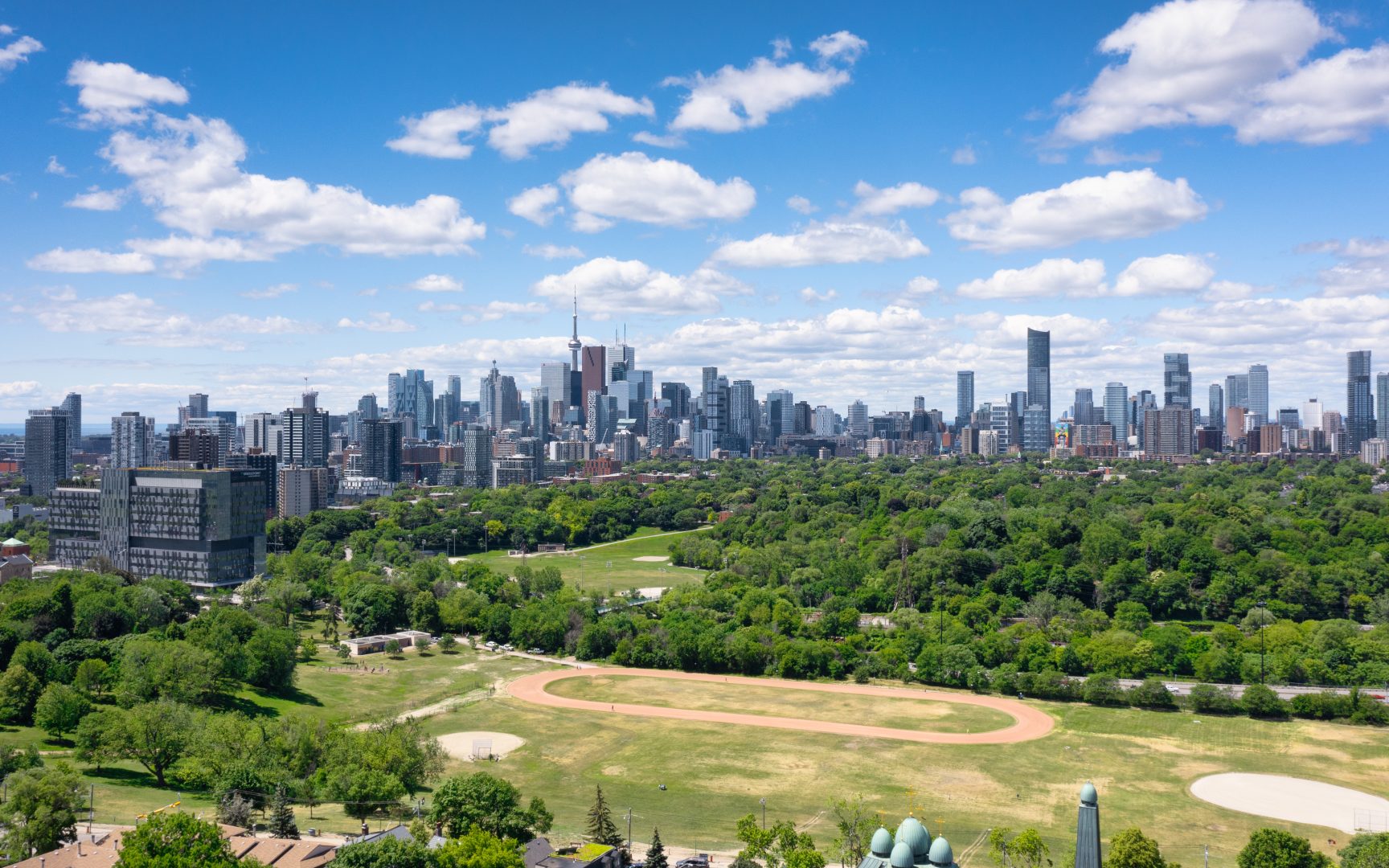 Riverdale also has excellent access to public transit. There is regular bus service or streetcar service on Broadview, Carlaw, Jones and Greenwood Avenues, as well as Queen and Gerrard Streets. The Bloor-Danforth subway has five stations serving Riverdale, including Broadview, Chester, Pape, Donlands, and Greenwood. Riverdale is an ideal location for commuters. The Don Valley Expressway, Lake Shore Boulevard, and the Gardiner Expressway are all quickly accessed from this neighbourhood.