Regent Park residents come from a wide variety of cultural backgrounds including many new Canadians from Africa, Asia, and Latin America. There are more than sixty different first languages spoken here making Regent Park one of Toronto’s most culturally diverse neighbourhoods. A promising new chapter in the history of Regent Park is well underway with a revitalization project projected to cost $1 billion and take 15 years to complete. The new Regent Park consists of a mix of market condos, affordable housing units and vibrant new retail and community space.

The new Regent Park Community Centre is the hub of this community. In addition to recreational facilities this centre includes an employment centre, a teaching kitchen, community hall, meeting rooms and a rooftop garden. The centre is attached to the Nelson Mandela Park Public School and the Nelson Mandela Child Care Centre.

Regent Park rose from the rubble of what was once the south part of the Cabbagetown neighbourhood. During the 1930’s, South Cabbagetown was one of Toronto’s worst slums and as such was targeted by Toronto city planners for a grand urban renewal scheme called Regent Park. Built in 1949 Regent Park holds the distinction of being Canada’s first public housing project. Regent Park was expanded in the 1950’s to include the area south of Gerrard Street, which came to be known as Regent Park South.

A limited amount of shops and services are located along Gerrard, River, and Parliament Streets. There is also a community health centre and a handful of local convenience type stores, located in the middle of Regent Park on Belshaw Place.

The new Regent Park Aquatic Centre located at 640 Dundas Street East (east of Parliament St.) is now open. The high-tech, fully accessible aquatic facility was constructed with input from the local community. It features a lap pool, leisure pool, therapy pool, Tarzan rope, diving board, waterslide, and large sliding glass doors that open onto a sun terrace. The Regent Park Community Centre, at 203 Sackville Green, has a gymnasium, a games room, an arts and crafts room, and a weight room. The Regent Park Recreation Centre, at 415 Gerrard Street East, includes a small gymnasium, a meeting room, and an outdoor pool.

There are two outdoor artificial ice rinks in Regent Park. The Regent North rink is located north of Dundas Street East, and west of River Street. The Regent South rink is located at Shuter and Sumach Streets. These two single surface rinks have allotted times for pleasure skating, permit hockey, shinny hockey, learn to skate and hockey school programs. Regent Park also has a baseball diamond, a swimming pool, and many small parks, some of which contain a children’s playground and a wading pool. The Parliament Street Public Library on Gerrard Street East offers a variety of programs for children and adults. 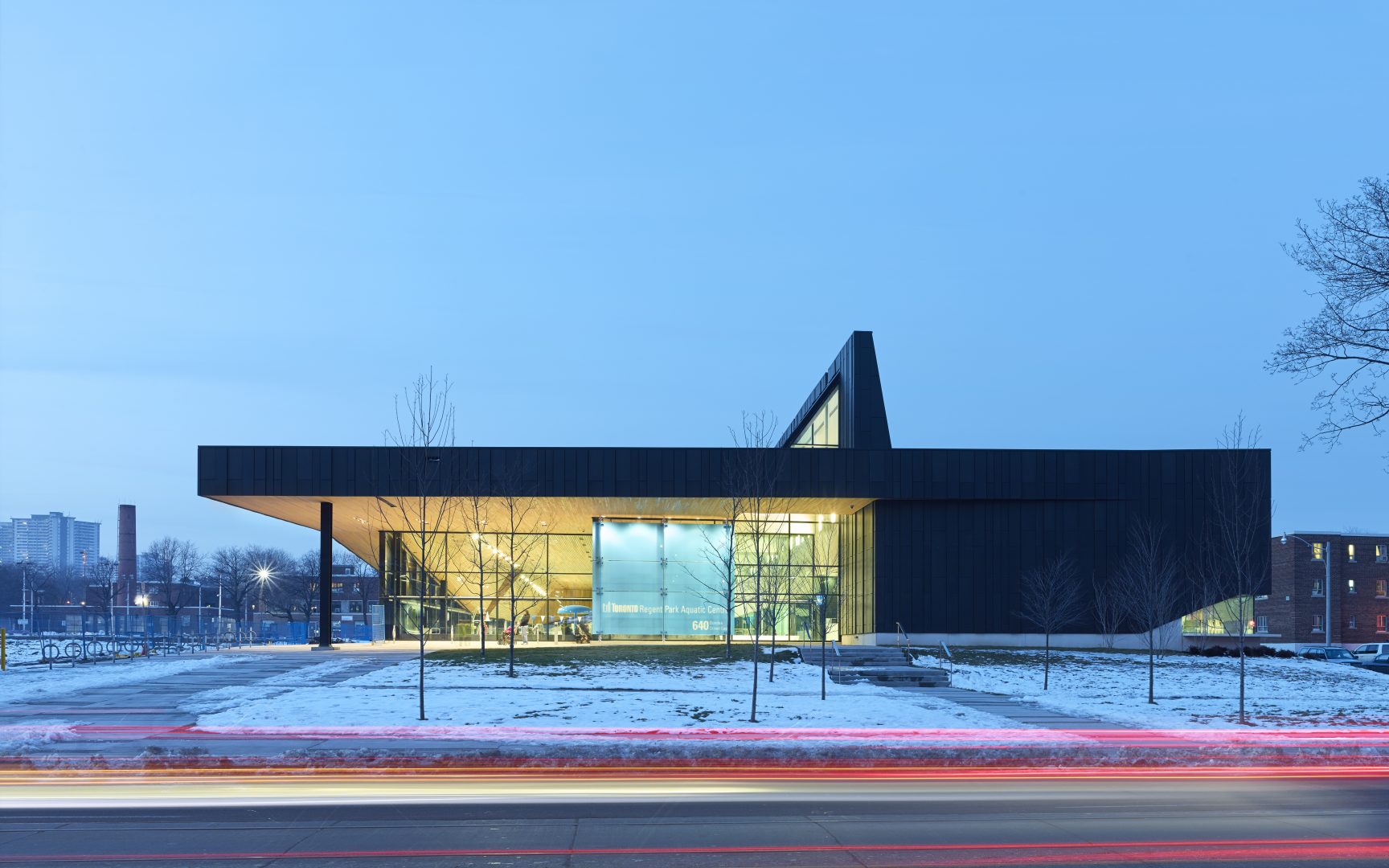