King West Village, located in the core of downtown Toronto is the epitome of urban downtown living. Find some of Toronto’s best restaurants, patios, and nightclubs all laced among numerous sky-scraping condominium buildings. Walk out your front door and have all desirable amenities just steps away. Grocery stores, fitness centres, and outdoor spaces are all available making the neighbourhood one of Toronto’s most desirable locations. King West is especially popular among young urban professionals both single and couples who want to be close to the action and experience a truly urban lifestyle. Many office buildings and corporate headquarters are found in the bordering neighbourhood of Downtown West home to the financial and entertainment districts. This proximity to these districts makes King West an ideal location for those wishing to practically eliminate their daily commute.

King West Village is also home to the Toronto International Film Festival which is the city’s largest annual festival. Each September this festival attracts some of the world’s biggest celebrities, making this neighbourhood a global hotspot.

What is commonly known today as the King West Village neighbourhood, began as part of the Military Reserves of the Town of York – the predecessor of the city of Toronto. In the 1830s, the military auctioned off these reserves which ultimately sanctioned the region of King West into a “New Town”. Two decades later in the 1850s, the arrival of the railway systems to Toronto brought great change to the region. King West quickly developed into an industrial and manufacturing forerunner, creating a strong economic standing for the neighbourhood. In the late 19th century, the industrial and manufacturing plants and factories had begun to move out of this region and King West began to decline economically. The City of Toronto determined it was necessary to intervene and enacted the King Spadina Plan. This plan was developed to encourage new investment in the neighbourhood and regenerate the once economically strong region. With the help of the King Spadina Plan, King West Village exploded with new developments. From restaurants to nightclubs to impressive condominium buildings, the neighbourhood was rapidly becoming a highly desirable location, especially among young trendy working professionals. King West Village has continued to uphold this identity today being one of the top neighbourhoods to live in, in the downtown core of Toronto.

King West Village contains numerous low-, mid-, and high-rise condominium buildings throughout the neighbourhood. A unique blend of historic and newly built developments makes the neighbourhood diverse in architecture providing a plethora of options depending on the individual preference. The neighbourhood has many soft and hard loft buildings that feature exposed concrete and brick, high ceiling, and lots of open space.

As King West Village continues to evolve, new developments are often being proposed. One prominent development coined KING Toronto will reinvent King West Village. Designed by the world-renowned architect BIG, this 514-unit development, built of various cube structures will turn heads upon completion. Influenced by Moshe Safdie’s Habitat 67, and the Maison de Verre in Paris, this development will emulate a small mountain town found in the Mediterranean. 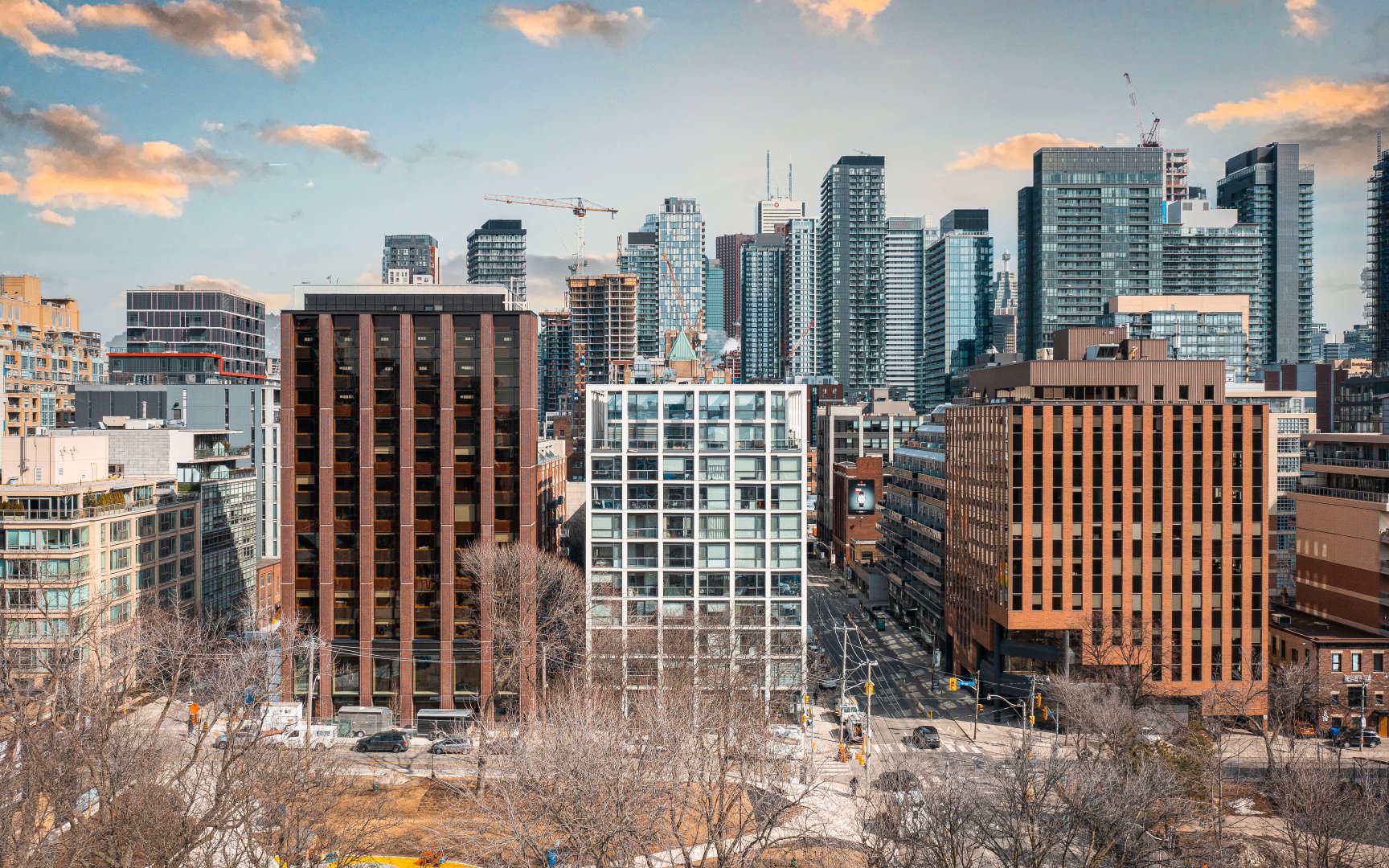 Life in King West Village can be summarized by convenience, proximity to work and lifestyle. The residents in this neighbourhood enjoy working hard and playing hard. From an array of incredible restaurants, bars, nightclubs, and rooftop patios, there is no shortage of things to do on a night out. King West Village, often referred to as the Soho of Toronto, is a lively and vibrant neighbourhood where many young professionals gravitate to based on the ability to have both work and play in one neighbourhood. The neighbourhood caters to all unique desires no matter the individual preference. Stroll down Queen Street West and find many shops housing well-known global brands including Brandy Melville, Lululemon, and Aritzia. Enjoy a night out and bar hop along King Street West. EFS, Toybox, Lavelle, and Petty Cash, are all popular nightclubs within walking distance of one another. King West continues to expand, further developing one of the most lively, urbanesque neighbourhoods in downtown. Experience all downtown Toronto has to offer, living in the core of the largest city in Canada.

Despite being in the heart of downtown Toronto, King West Village has many outdoor spaces that allow residents to reconnect with nature. Within the neighbourhood, some prominent outdoor parks include Massey Harris Park, Gateway Park, and Joseph Workman Park. Trinity Bellwood’s Park, one of the city’s largest public parks is also just a short walk from the neighbourhood. You can find numerous tennis courts, a baseball diamond, a splash pad, and other fantastic amenities at this incredible lush Toronto Park. King West Village is also a quick walk to the Toronto waterfront. Walk, run, or bicycle along the waterfront trails and enjoy the expansive outdoor space along Lake Ontario. For sports fans and concertgoers, the Scotiabank Arena and the Rogers Centre are all within walking distance of the neighbourhood. Enjoy a night of music by your favourite artist at the Scotiabank Arena or catch a Toronto Blue Jays baseball game at the Rogers Centre! King West Village continues to be a highly desirable neighbourhood partially attributed to its central location in downtown Toronto. Residents of this neighbourhood enjoy the luxury of being able to walk to many of the popular Toronto venues, parks, and known spots.

Located next to the financial and entertainment districts, King West is in a prime location for working professionals who wish to practically eliminate their daily commute. Find a multitude of streetcar stops and routes throughout the King West neighbourhood. Also, enjoy easy access to the Yonge-University-Spadina subway line and the Bloor subway line. For motorists, King West is located minutes from both the Gardiner Expressway and Lakeshore Boulevard which both connect to the major highways entering and exiting Toronto.