A local residents group that organized under the name Fuzzy Boundaries initiated a year long campaign encouraging residents to put forward and debate potential names for their neighbourhood. In the end more than 200 names were suggested and 674 votes were cast. The winning name announced in March 2010 is Junction Triangle. Ironically this was the first name coined for this neighbourhood back in the 1970s. The name had largely fallen out of use, but now promises to be revived.

In recent years the Junction Triangle has undergone a major revitalization that has seen much of its former industrial core replaced by residential lofts and townhomes. This neighbourhood has attracted the attention of developers, due to its close proximity to High Park and the revitalized Junction Gardens shopping district on Dundas Street West, as well as its easy access to the Bloor subway line.

A new signature landmark in the neighbourhood is the West Toronto Railpath, a unique, multi-use pathway that runs along a 2.1-kilometre stretch of abandoned rail line purchased by the City of Toronto in 2002. The north trailhead is located at Cariboo Avenue, north of Dupont Street and west of Osler Street. The trail extends south to the intersection of Dundas Street and Sterling Road with bridge crossings at Dupont Avenue and Bloor Street. The former spur line once serviced local industrial properties, but had not been in use for over 40 years. The railpath serves the larger cycling community as a significant off-road component of the Toronto Bike Plan. The railpath features four sculptural artworks by John Dickson, collectively named Frontier. 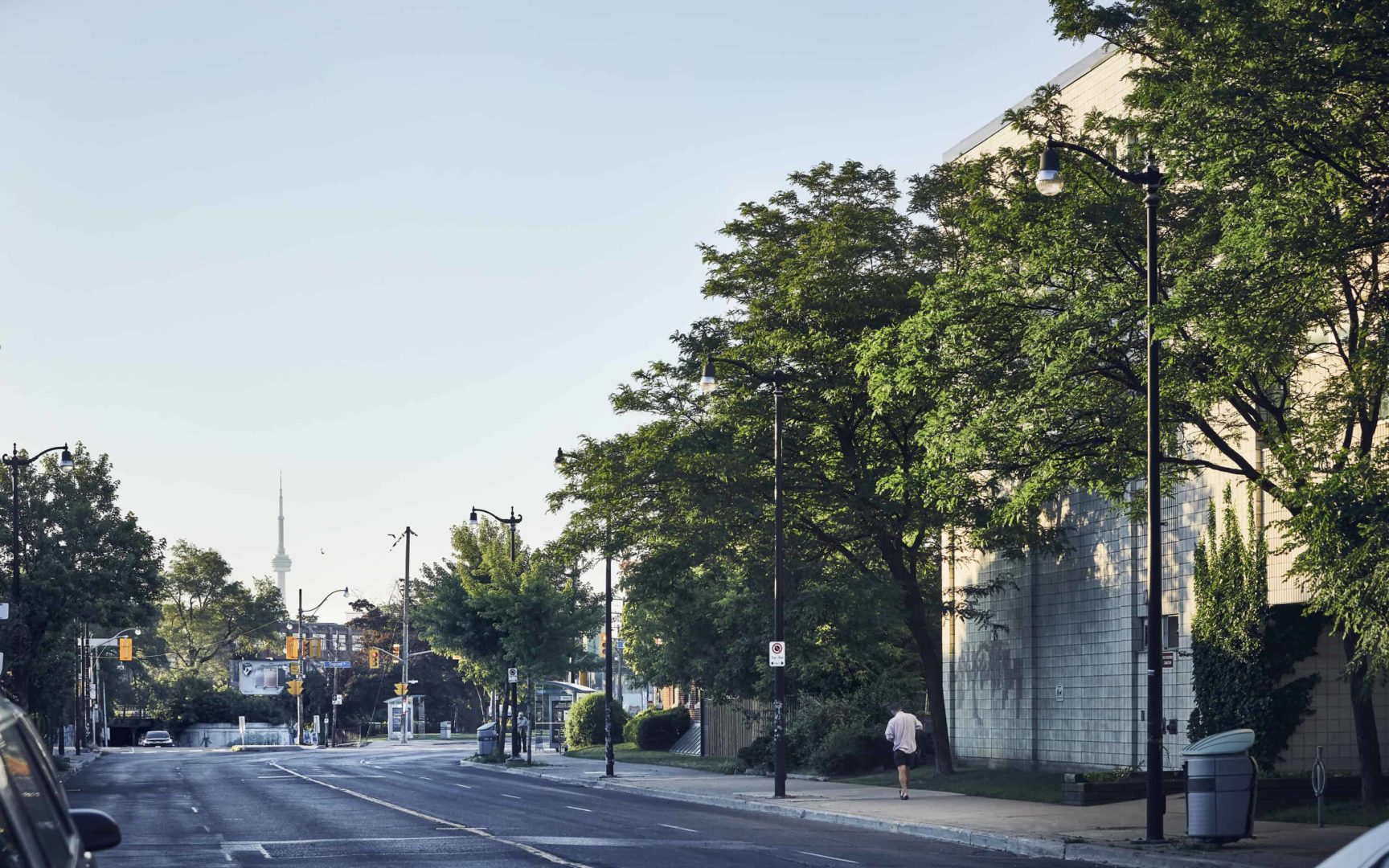 The history of “The Junction” dates back to the 1880s when the Grand Trunk, Toronto Grey and Bruce and Northern railway lines began service to this area. The railways attracted industry to the Junction which in turn attracted the labourers who were the first residents of this neighbourhood. The Heintzman and Company piano factory, Canada Cycle and Motor Works, Comfort Soapworks, the Union Stock Yards and the Queen City Flour Mills were some of the most prominent industries to operate here. However, by the 1960s the commercial railway lines bypassed Toronto Junction and this led to a decline in the local industry and jobs. Today, the Junction Triangle is being revitalized as abandoned warehouses and factory buildings are being converted to urban lofts, or simply torn down and replaced with new townhomes. Once again this neighbourhood seems poised to become an integral part of the west Toronto landscape.

Junction Triangle’s narrow tree-lined streets are framed by two- and three-storey Victorian-style houses, built mostly in the 1910s and 1920s. The brick exterior on many of these houses has been colourfully painted, giving these older homes a bit of a facelift. The Junction Triangle Junction is currently undergoing a building boom of new townhome and condominium loft developments. As far as new homes go, this is one of Toronto’s most affordable neighbourhoods.

The Galleria Shopping Centre, at the corner of Dupont and Dufferin streets, and the Crossways, at the corner of Dundas and Bloor, provide convenient, indoor shopping combined with professional services. Across the tracks on historic Dundas Street West is the “Junction Gardens” shopping district, which contains a huge variety of shops and restaurants. Local street shopping is also available on Dupont Street, Bloor Street, and the north part of Symington Avenue. Big-box retailers are situated at the St. Clair Avenue and Keele Street intersection.

West Toronto Railpath is Toronto’s newest bicycle path. This hard landscaped linear park runs from Cariboo Avenue to Dundas Street West. The railpath is 2.1 kilometres long and includes four site specific sculptures, extensive landscaping, lighting and numerous well marked access points. The rail-path can also be enjoyed on foot, with a baby stroller or any other non-motorized means of transportation. Residents of this neighbourhood are less than one mile from High Park, which contains a myriad of recreational opportunities. There are also four local parks located within this neighbourhood. Their facilities include playgrounds, wading pools and artificial ice rinks. The local YMCA, at Perth and Annette, offers a wide variety of programs for children and seniors. The Perth Dupont Public Library has programs for preschoolers and children.

The Junction Triangle has bus service on Dupont, Dundas and Keele streets as well as on Symington and Lansdowne avenues. The Dupont and Dundas buses connect passengers to the Yonge-University-Spadina subway line, while the Keele, Lansdowne, and Symington buses connect with stations on the Bloor-Danforth subway line. Motorists can be downtown in approximately 10 minutes by way of either Bloor Street or Dundas Street.