The High Park neighbourhood is home to a wide range of people. Its highly regarded schools including Humberside Collegiate attract many families with school age children to this neighbourhood. High Park contains a diverse housing mix. Families gravitate to the single family homes in the neighbourhood. There are also a large number of rental opportunities in High Park which appeal to singles and couples. The topography of the High Park neighbourhood features gently rolling hills, winding streets, and towering Oak trees that enchant and delight all those who live here. Launched in 1998, the Jamie Bell Adventure Playground (located at 1873 Bloor St. W. in High Park) is a family meeting place that was inspired and built by the imagination and creativity of the local community and its children. A fire at the playground on March 17 destroyed a large portion of the popular structure. This beloved neighbourhood landmark was rebuilt in 2012.

The High Park neighbourhood contains a wealth of history. The area north of Bloor Street was formerly part of the Town of West Toronto Junction, which was annexed by the City of Toronto in 1909. The historical house at 191 High Park Avenue was built in 1888 for D.W. Clendenan, the first mayor of West Toronto Junction. The High Park property south of Bloor Street, was purchased in 1836 by John Howard Toronto’s first surveyor. Howard named his estate High Park because of its high elevation and magnificent view of Lake Ontario. In 1873 Howard deeded his beloved High Park estate to the City of Toronto. John Howard’s former residence Colborne Lodge is still situated on its original site in High Park, where it is now a public museum.

High Park’s winding tree-lined streets are lined with impressive Victorian, Edwardian, and Tudor-style homes. These captivating houses were built largely during the late 1800’s and early 1900’s. Several of these houses have been divided into multiple-family dwellings. High Park’s distinctive brick homes feature a variety of architectural details that vary from house to house. These features include leaded and stained glass windows, lush wood trims, french doors, hardwood floors and fireplaces. The High Park neighbourhood also features a selection of condominium apartment buildings along Quebec Avenue, north of Bloor Street. These apartments are in the entry level price range. They include balconies, some of which feature south views that overlook High Park and Lake Ontario.

High Park is conveniently located within walking distance of ‘Bloor West Village’, one of Toronto’s most popular shopping districts. The ‘Village’ is known across the City for its European bakeries, delicatessens, specialty food shops, cafes and restaurants. High Park’s other major shopping area is the ‘Junction Gardens’, along Dundas Street West. This recently revitalized retail district has gone back to its roots as a railway centre by incorporating a railway lantern into the heritage street signs along Dundas Street.

High Park encompasses 399 acres of public parkland. This city park includes a fishing pond, an outdoor theatre, an animal paddocks, picnic grounds, playgrounds, a restaurant, an historic museum, flower gardens, an adventure playground and a trackless train. High Park’s sports facilities include tennis, baseball, soccer, lawn bowling, swimming, and skating, as well as walking, jogging and cycling paths found throughout the park. You can read all about the rich history of High Park at the Runnymede Public Library on Bloor Street or the High Park Public Library on Roncesvalles. Both these libraries offer a myriad of programs for neighbourhood residents. Launched in 1998, the Jamie Bell Adventure Playground (located at 1873 Bloor St. W. in High Park) is a family meeting place that was inspired and built by the imagination and creativity of the local community and its children. A fire at the playground on March 17 destroyed a large portion of the popular structure. This beloved neighbourhood landmark was rebuilt in 2012. 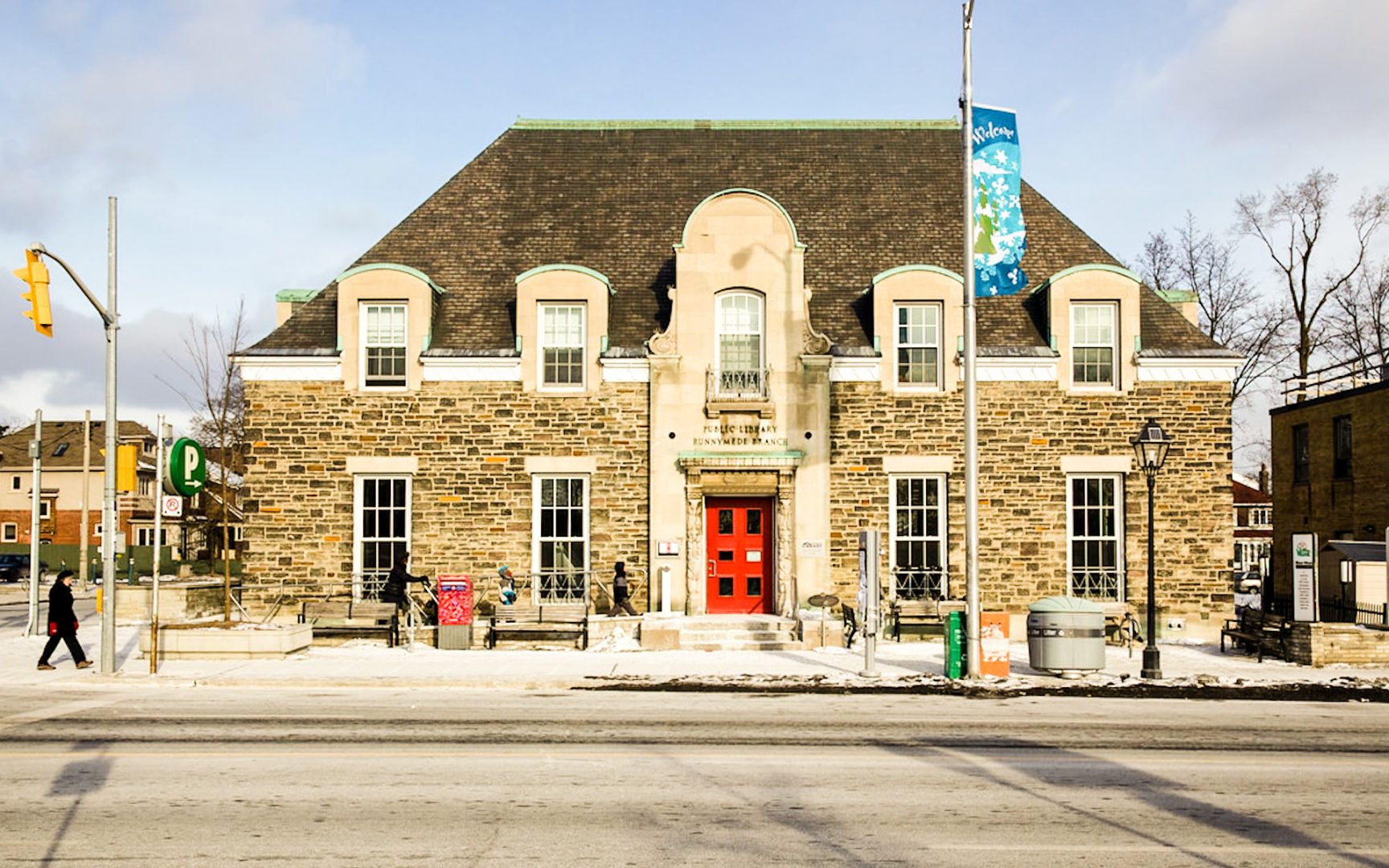 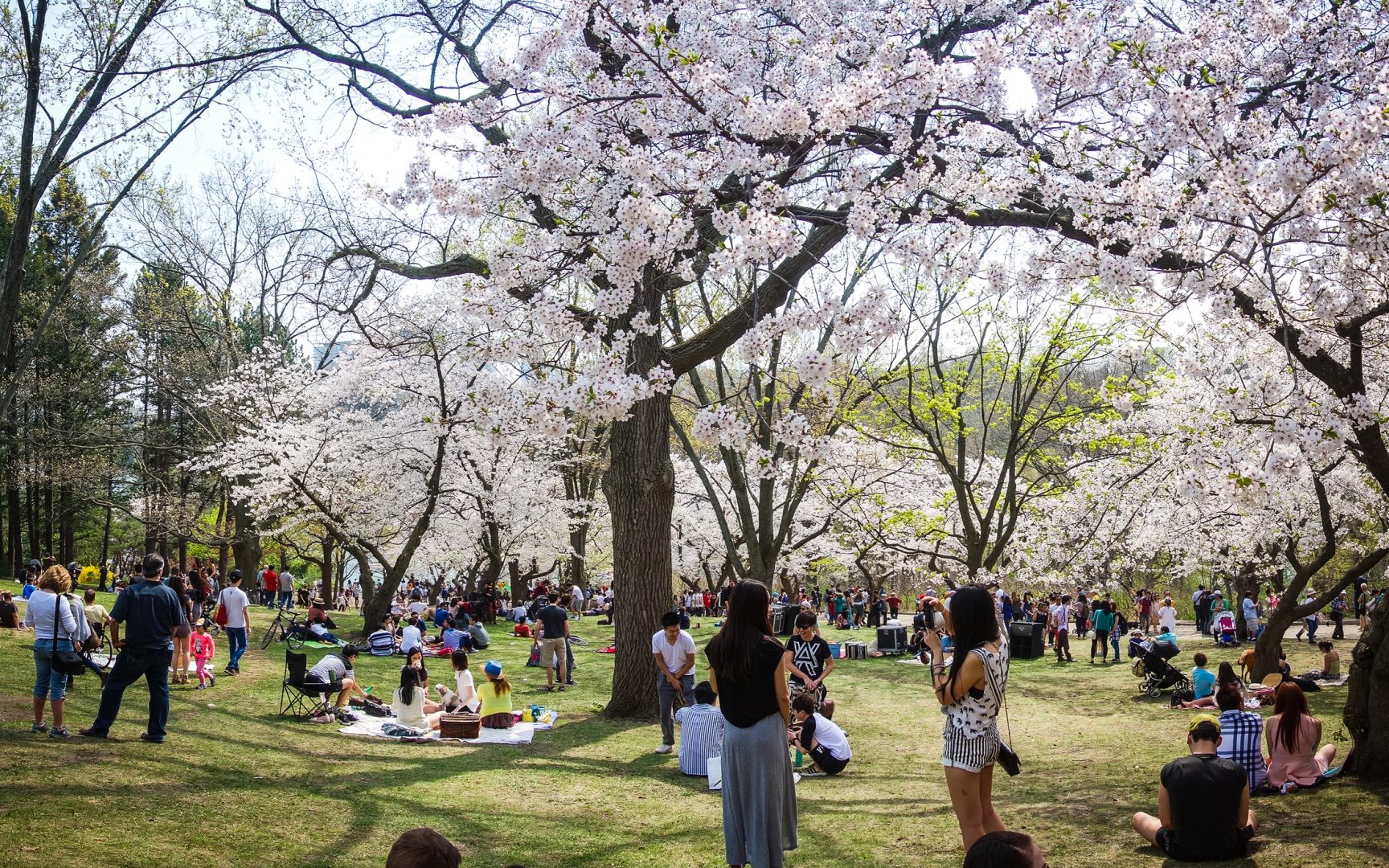 The Bloor-Danforth subway line has three stations serving the High Park neighbourhood including the Runnymede, High Park, and Keele stations. Motorists are approximately five minutes from the Queensway, which connects commuters to Lake Shore Boulevard and the Gardiner Expressway.