The Grange Park neighbourhood has become synonymous with Toronto’s Chinatown district. Grange Park’s street signs, telephone booths, and even the local police station, all have signage in Chinese as well as English. Grange Park is also home to a large number of artists. The Art Gallery of Ontario, Ontario Crafts Council, and Ontario College of Art, are all located in Grange Park. 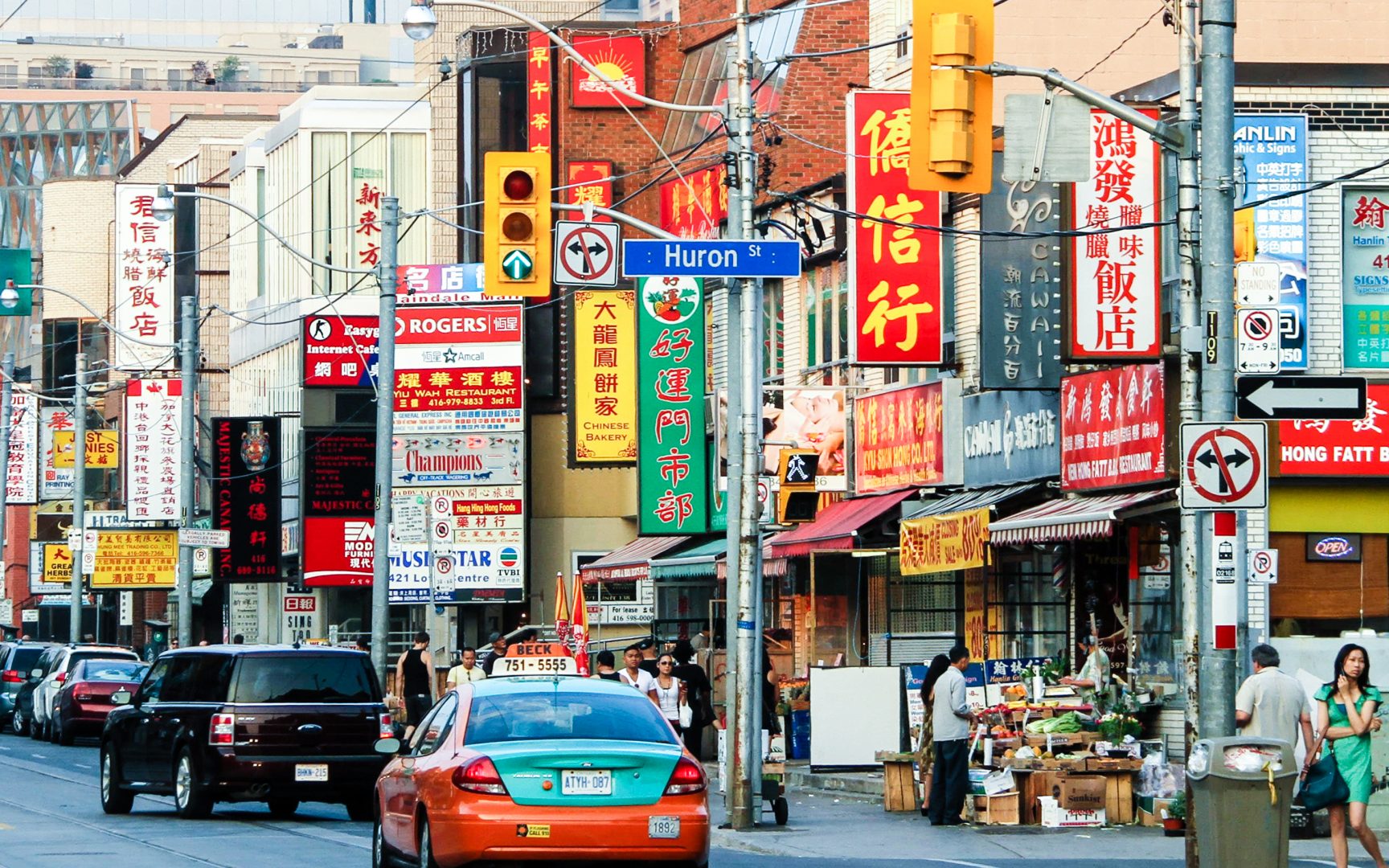 Grange Park was Toronto’s first elite neighbourhood. It is named after Grange House, built in 1817, by D’Arcy Boulton Jr., a member of one of early Toronto’s wealthiest and most prominent families. Grange House, now part of the Art Gallery of Ontario, and the mansions on Beverley Street, are the sole reminders of this neighbourhood’s early rise to prominence. In the late 1800’s, Grange Park’s upper class gentry headed for the newer more fashionable suburbs in Parkdale, Rosedale and the Annex. By the early 1900’s, Grange Park’s large estates had been transformed into rows of modest workers’ houses that became home to many new Canadians. Jewish immigrants were followed by Eastern Europeans and most recently the Chinese; who migrated to Grange Park after Toronto’s first Chinatown at Dundas and Elizabeth Street was razed in the 1960’s, to make room for the new City Hall.

Grange Park’s narrow tree-lined streets are lined with ornate Victorian row houses, built between 1870 and the 1890’s. These houses feature all the Victorian trimmings. Condominium buyers should check out ïVillage- by-the-Grange’. Built in 1980, this is one of Toronto’s first mixed use developments. It features condominiums, retail and offices, all in the same complex. This city landmark is currently being revitalized by the Grangetown development which will incorporate urban townhouses into the Village-by-the-Grange. South of Village by the Grange is the Beaver Hall Artist’s Co-op. Beaver Hall has twenty-four apartments and a large communal studio space. It was designed to provide local artists with affordable ïlive and work space’. 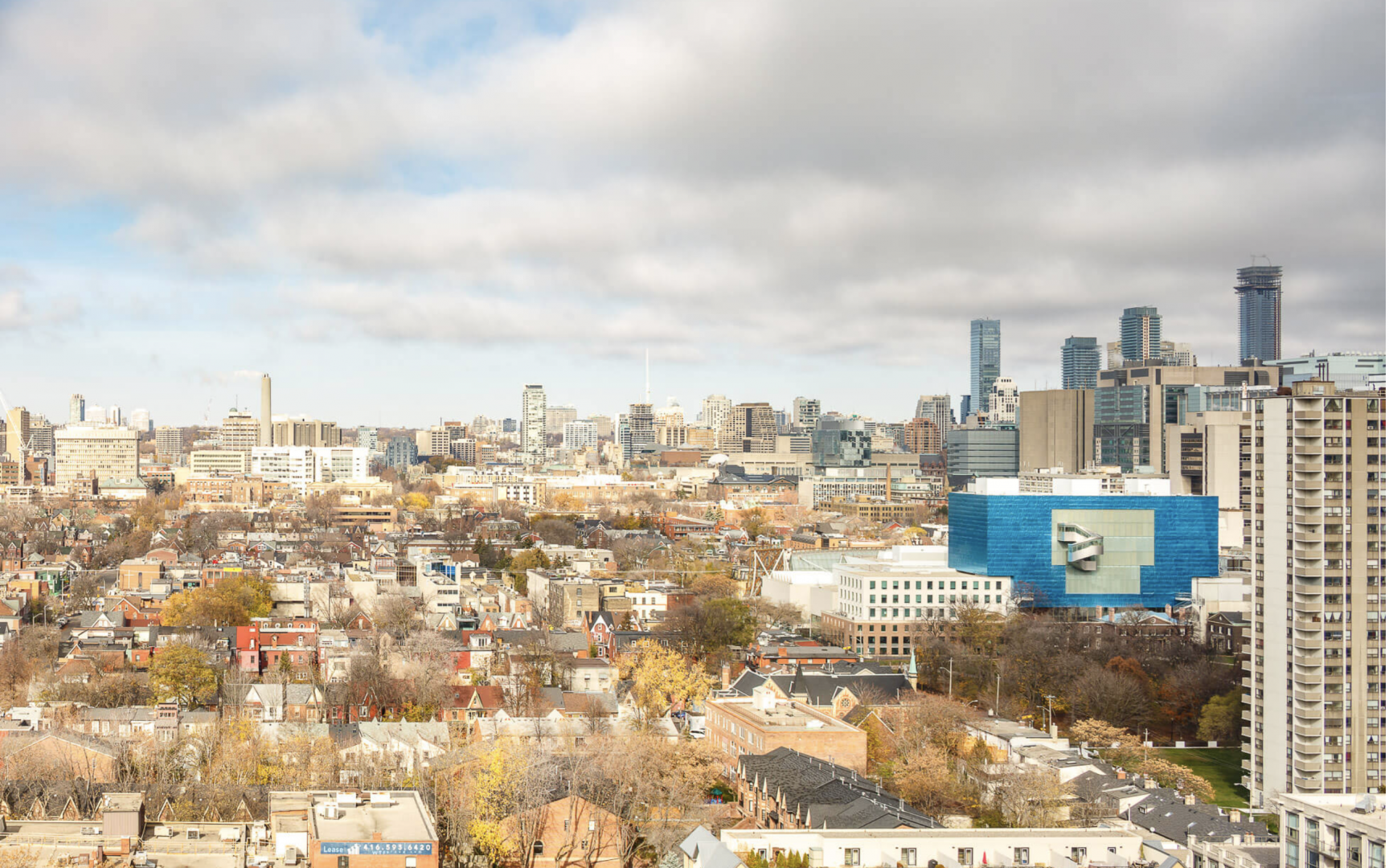 The Chinatown shopping district, at Spadina Road and Dundas Street, is a festival of fruit and vegetable markets, fish markets, exotic crafts and herbal remedy stores. Queen Street West has a distinct arts flavour with many bookstores, galleries, fashion boutiques, and trendy restaurants along this route. The tiny Baldwin Village shopping district, on Baldwin Street between McCaul and Beverley Streets, is one of Toronto’s prettiest places to shop. This street is filled with cosy little cafes and restaurants that will delight any palate. 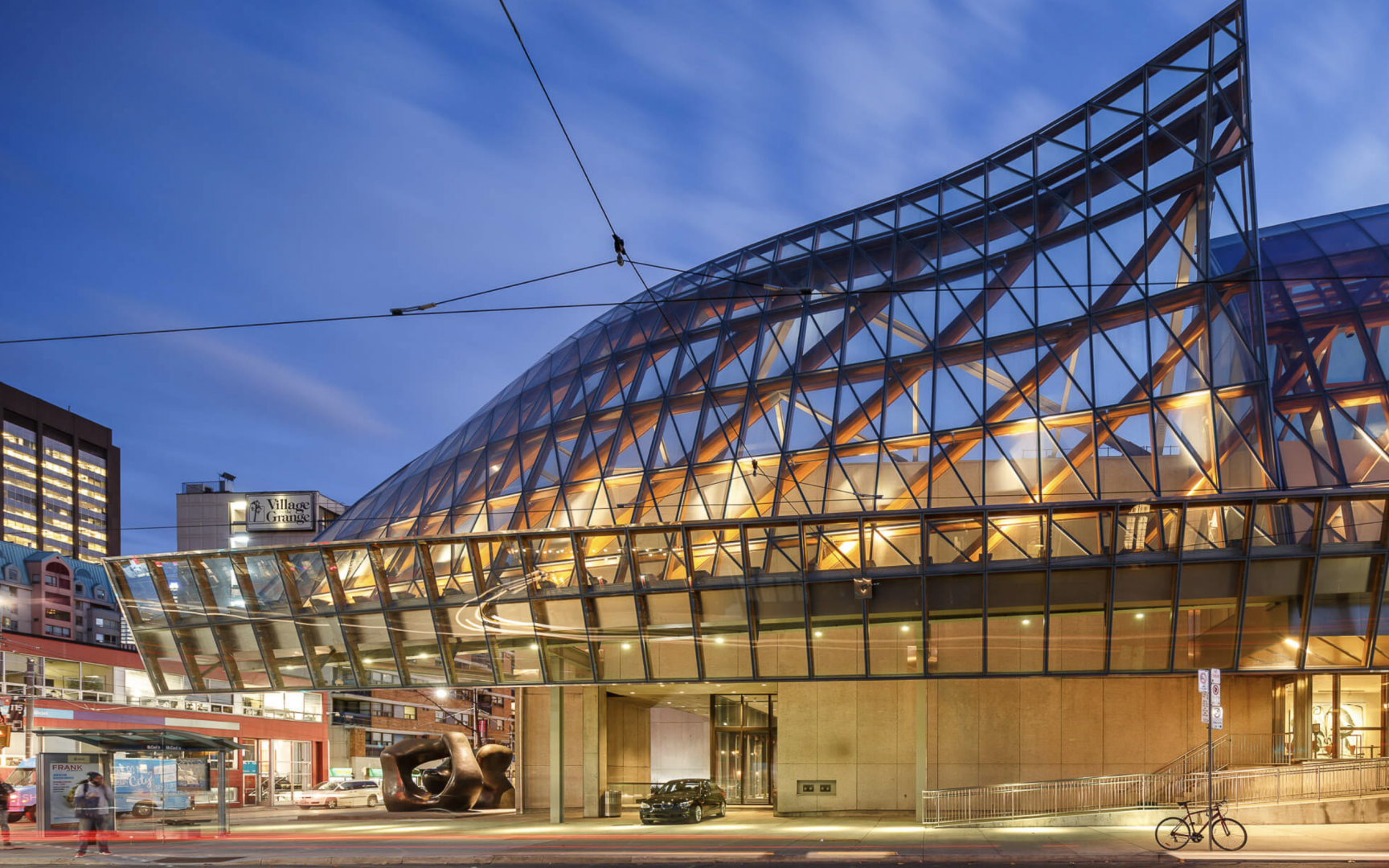 The Queen and Dundas streetcars connect with subway stations on the Yonge-University-Spadina subway line, while the Spadina streetcar links passengers to the Bloor-Danforth subway. Motorists are already downtown, but can link up with the major highways leading out of the city, via either Lake Shore Boulevard or the Gardiner Expressway. 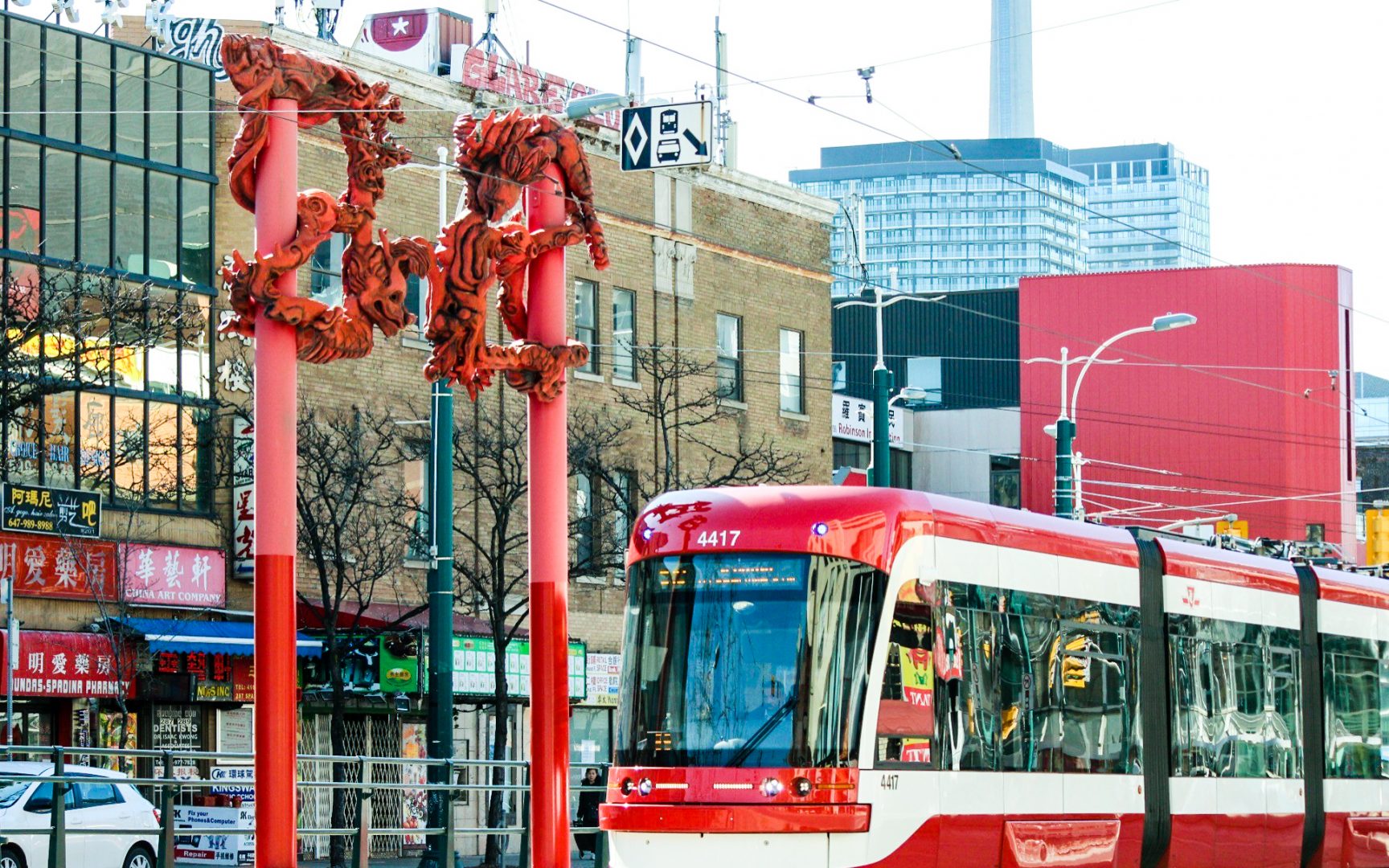