East Bayfront is a newly developing community located along the Eastern waterfront of Toronto. This downtown neighbourhood merges residential, retail, and commercial developments with outdoor spaces building a spectacular escape from the downtown core. Upon completion of construction, this neighbourhood community will house approximately 6,000 new residential units, 3 million square feet of commercial space and 13.5 acres of parks and public spaces. To further the growth of East Bayfront, the education institution, George Brown College has recently opened a waterfront campus. This new presence of student life adds liveliness and energy to the developing district. The East Bayfront offers lakeside living at its finest. 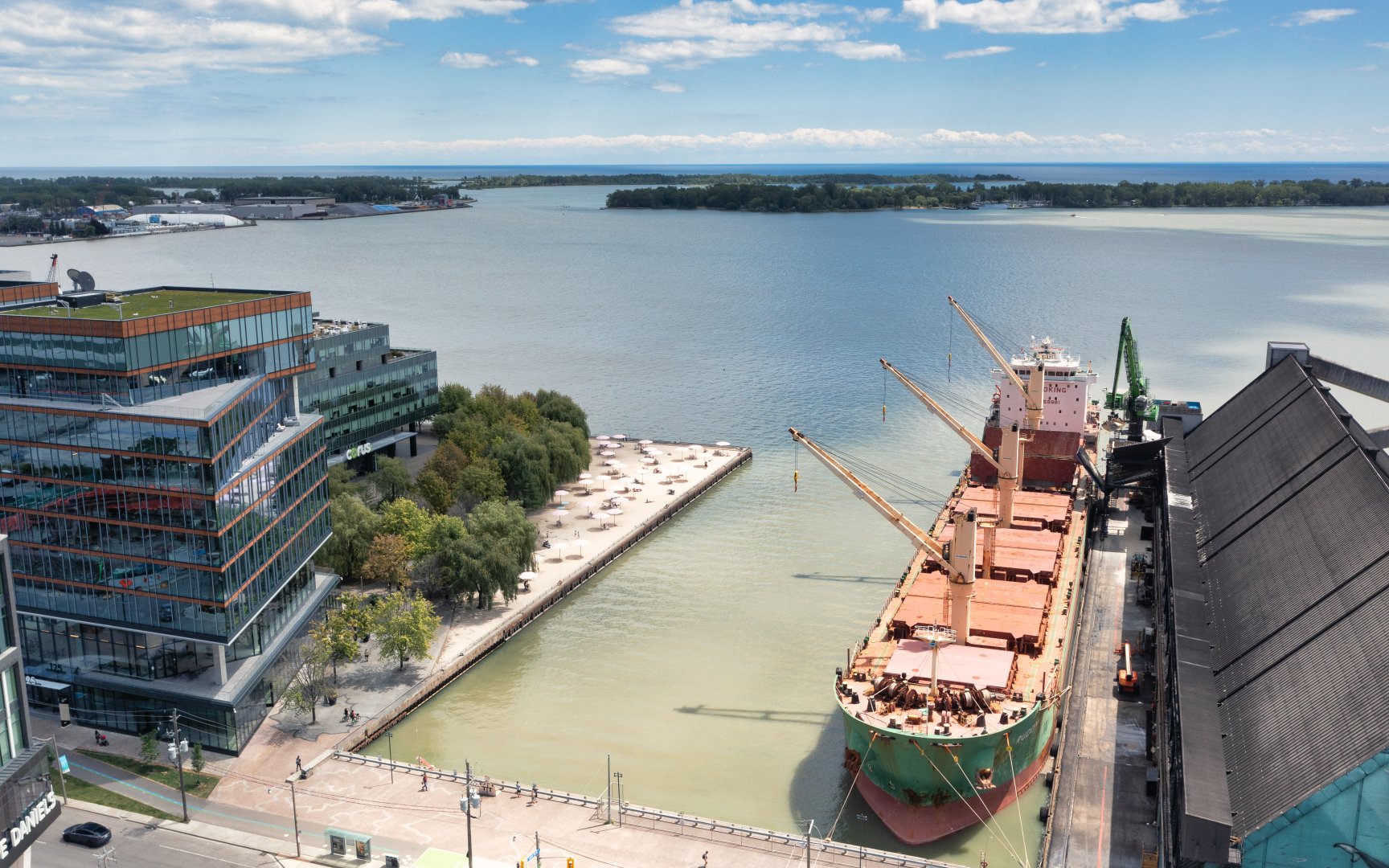 East Bayfront remained untouched land until the mid-1900s when it was quickly developed to support the industrialization movement in Toronto. For 40 years the region was used as a marine freight transfer facility until the demand declined ultimately deeming the East Bayfront facility as an unnecessary enterprise. At the end of the 20th century, the City of Toronto decided to reinvent and develop infrastructure for locals and tourists to enjoy.

East Bayfront began its revitalization in the early 2000s and has continued to progress since. The neighbourhood has continued to develop and blossom into a highly desirable, innovative waterfront community. The planning of East Bayfront was a communal process where input was welcome from both commercial and public perspectives. This sense of camaraderie has matured the space into a neighbourhood that all could be proud of.

As East Bayfront continues to grow, new residential developments are consistently being built. The first residential development, Aqualina at Bayside Toronto spans over 13 acres generating a tight-knit subcommunity within East Bayfront. The main 13-story tower houses various family-friendly floorplans with 363 units. The building design incorporates prismatic cubes fabricated of glass and steel and built to accentuate the waterfront location and views. The Monde Condos, situated North of Queens Quay, is a mixed-use development incorporating residential, retail and office spaces. This trend of multi-functional developments in East Bayfront further evolves the growing community by both increasing residency and improving the economic standing of the neighbourhood. As East Bayfront continues to evolve, developments have consistently been on the rise. Check out SHANE Maps for more information regarding the past, current, and future developments of the neighbourhood. 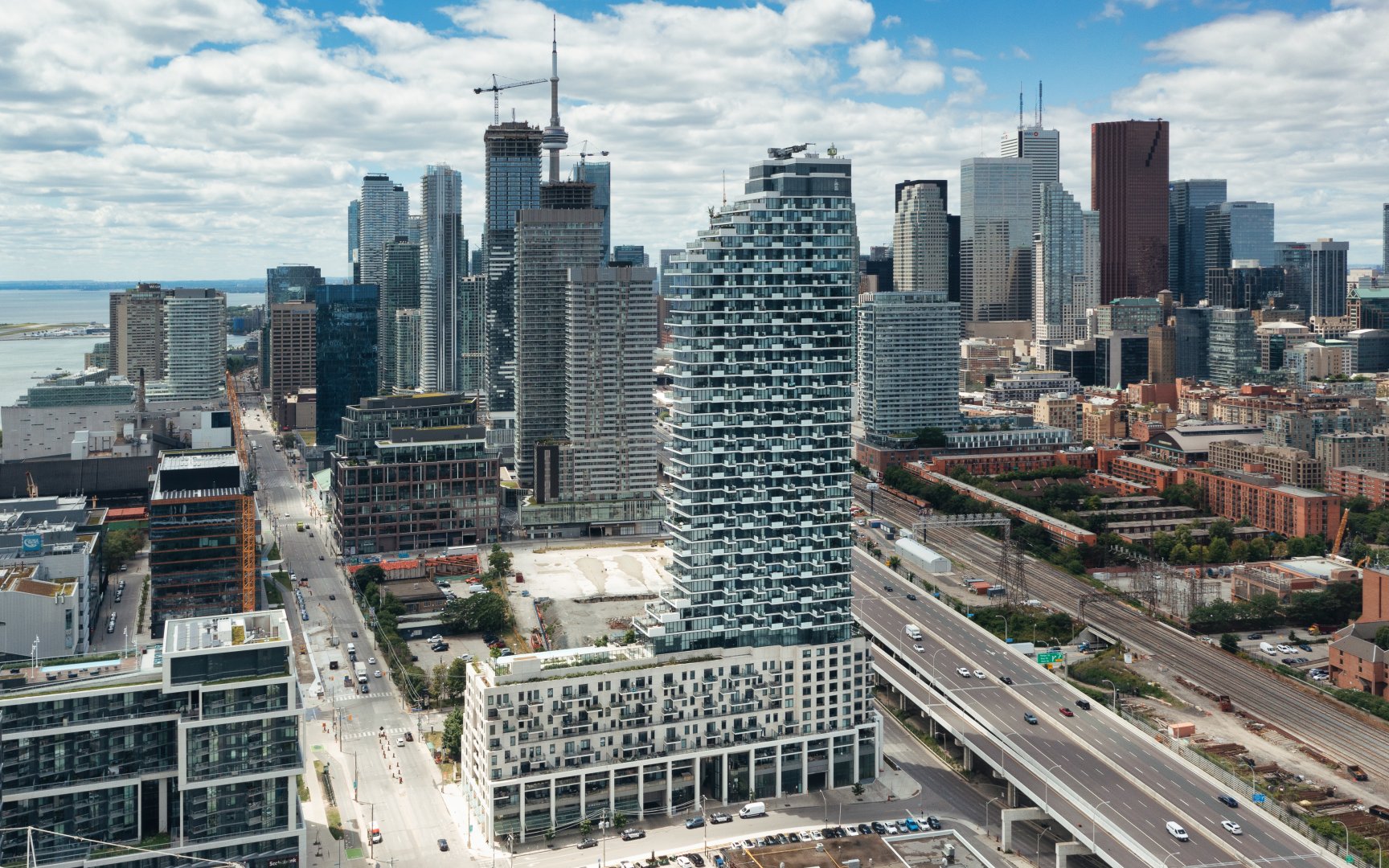 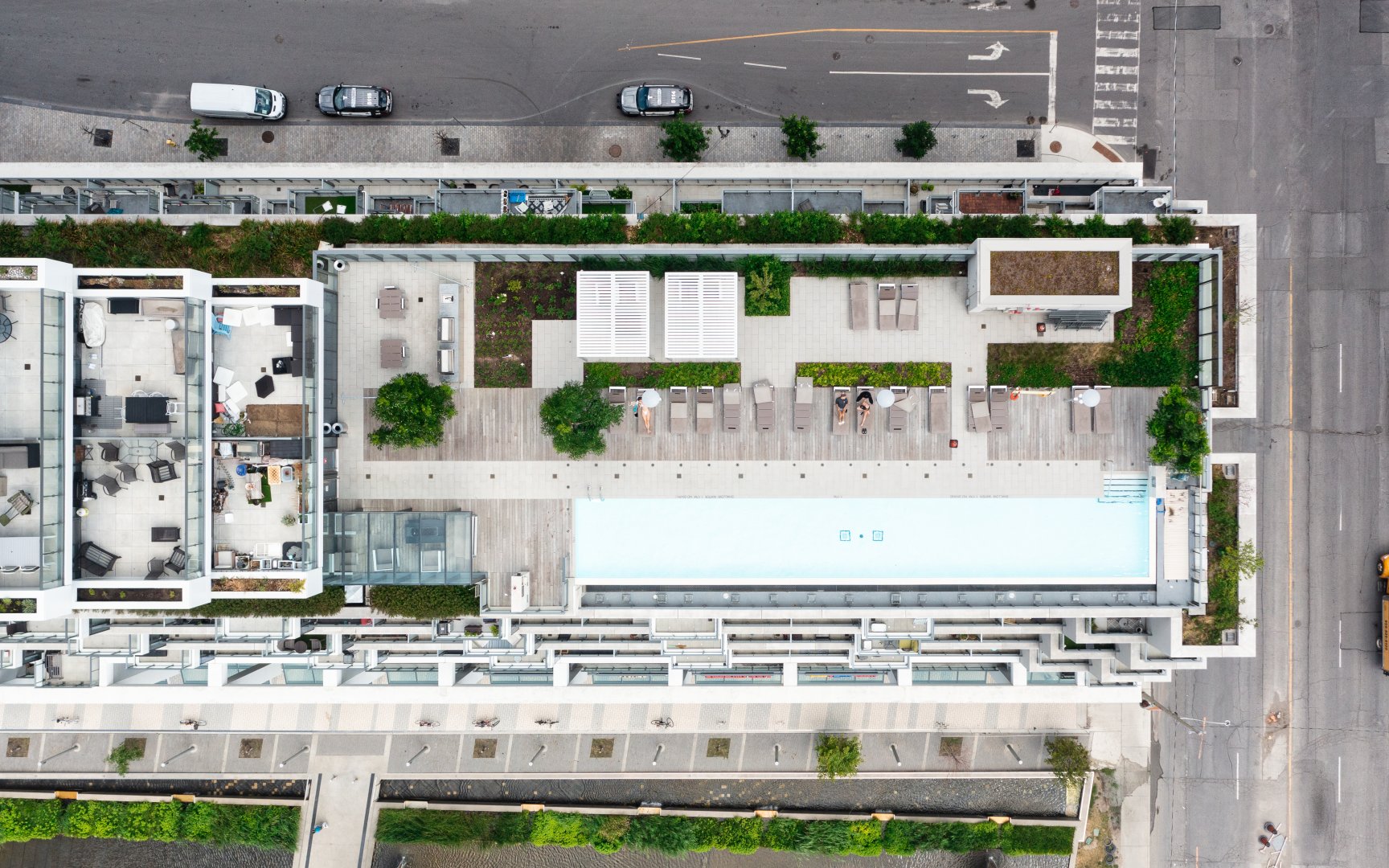 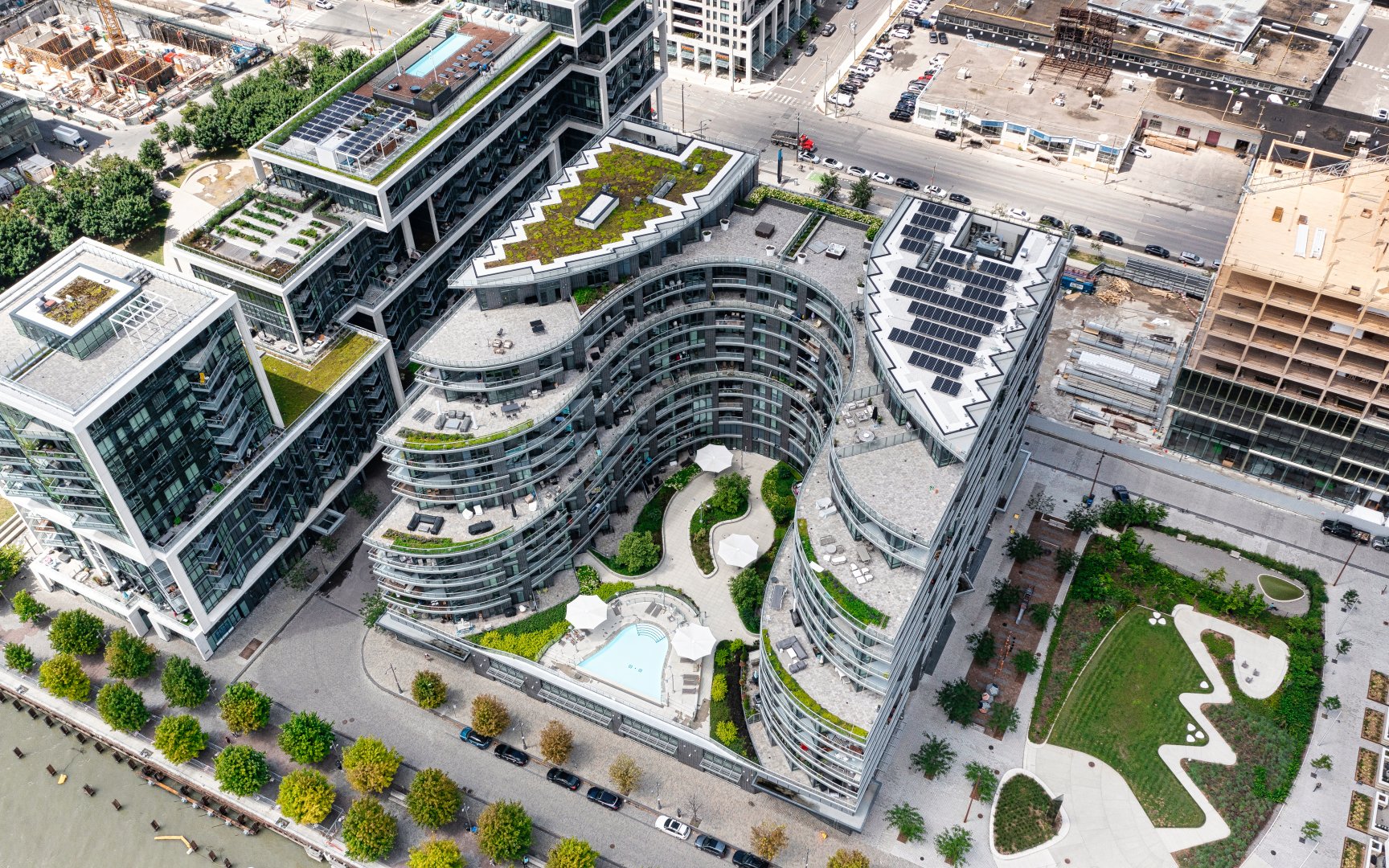 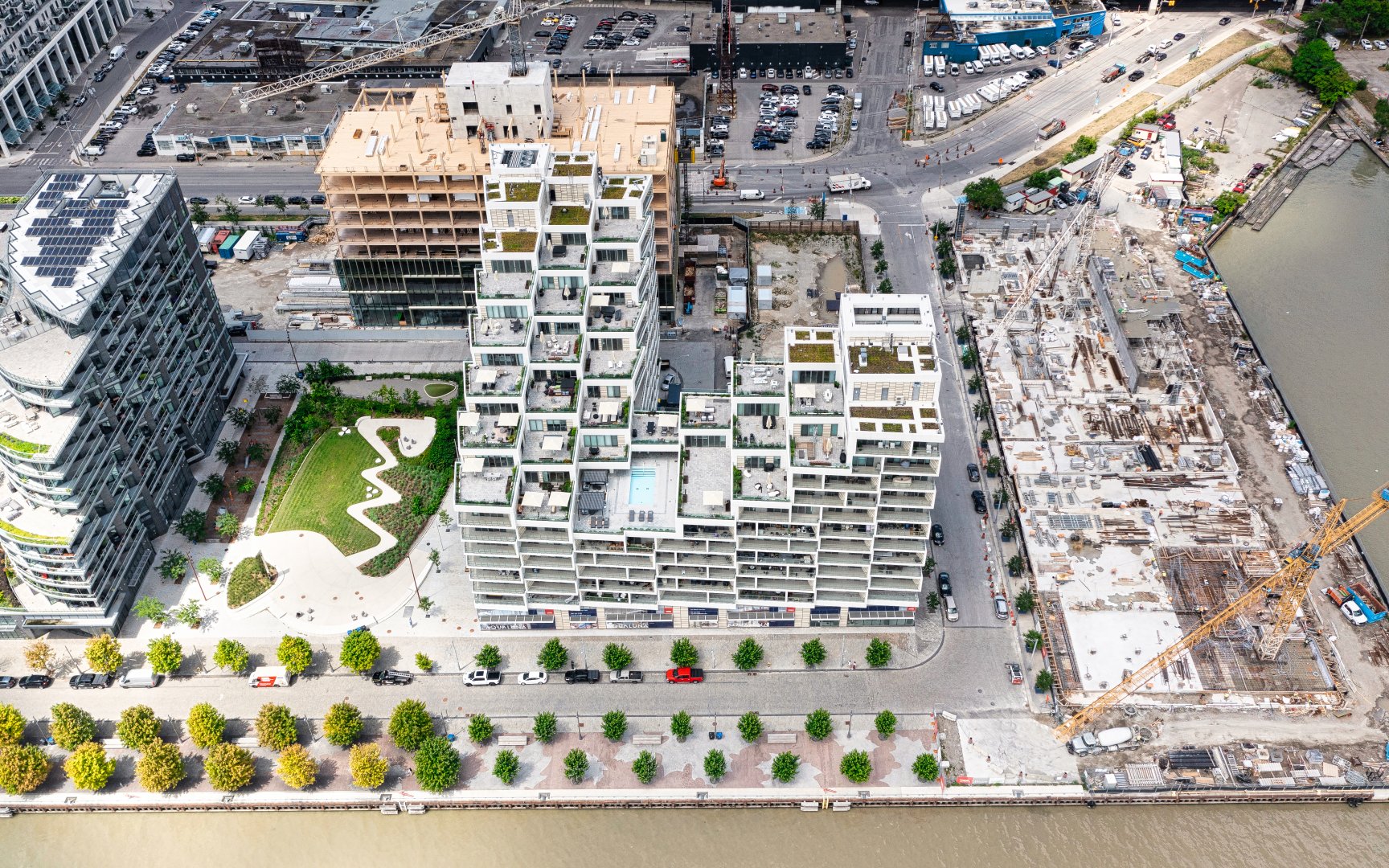 Escape the commotion of downtown Toronto and embrace all that lakeside living has to offer. Conveniently located minutes from the core of downtown, the neighbourhood of East Bayfront transports you out of hectic city living and into serene waterfront life. Enjoy numerous outdoor offerings from charming public parks, sandy beaches, and waterfront boardwalks, East Bayfront centers around bringing the community outdoors. Water’s Edge Promenade and Boardwalk, Shelbourne Common Park and Sugar Beach, are all community favourites! Walk to the historic bordering neighbourhoods of St. Lawrence Market and Distillery District both offering picturesque outdoor shopping and dining. Located to the West of East Bayfront, in the neighbourhood of Harbourfront, the Harbourfront Centre hosts numerous year-round events. Easily access the downtown core with TTC lines throughout the neighbourhood.

Being a newly developing community, East Bayfront continues to integrate communal amenities to connect the neighbourhood. Currently, under development, a new recreation center will provide an opportunity to engage locals and build a stronger sense of community. The development will include a gym, running track, dance studio, and community kitchen and is set to be completed construction by 2023. Many of the recreational offers in Easy Bayfront are centred around its prime waterfront location and its proximity to Lake Ontario. Parks and public spaces occupy one-fourth of the entire community demonstrating the emphasis East Bayfront places on waterfront living. Stroll down the Water’s Edge Promenade and Boardwalk, cycle along the waterfront or bask in the sun at Sugar Beach. Embrace waterfront living with all East Bayfront has to offer. 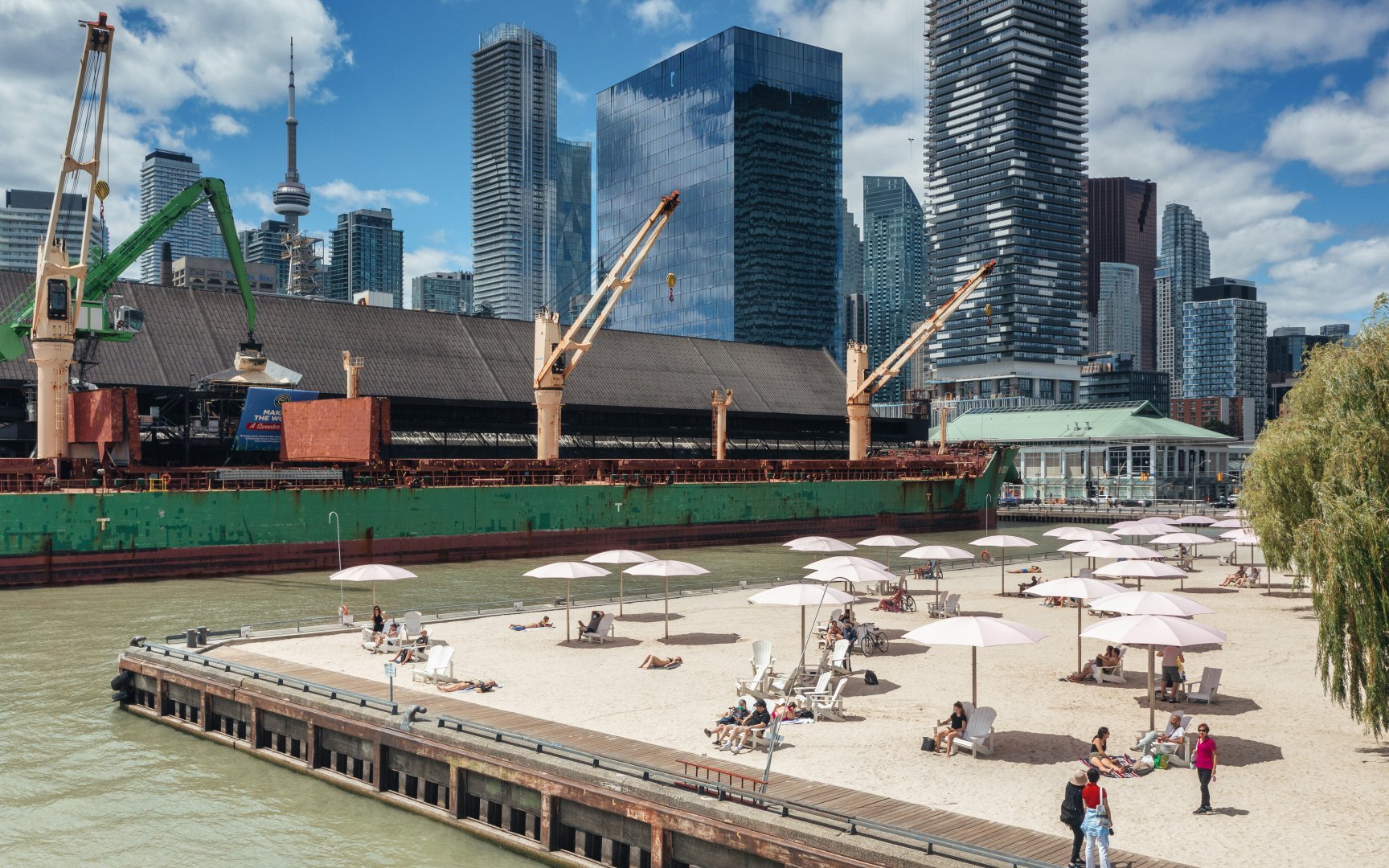 As East Bayfront continues to develop, the community will be seeing significant transportation advances in the near future. The City of Toronto has proposed a new rapid transit line that would service both the Port Lands and East Bayfront areas. The line would run from Union Station along Queens Quay to the intersection of Cherry and Polson. The project is scheduled to begin design in 2022 and will be fully operational by 2031 if approved by City Council. Currently in East Bayfront, the Bay 6 bus services the neighbourhood and surrounding areas from Union Station providing easy access to the downtown core. For motorists, East Bayfront is an ideal location as it borders the Gardener Expressway and is a short drive from the Don Valley Parkway.