Corktown, in the Lower East Side of Toronto, has recently become popular with young professionals, who find this location extremely convenient to Toronto’s downtown business and entertainment districts. 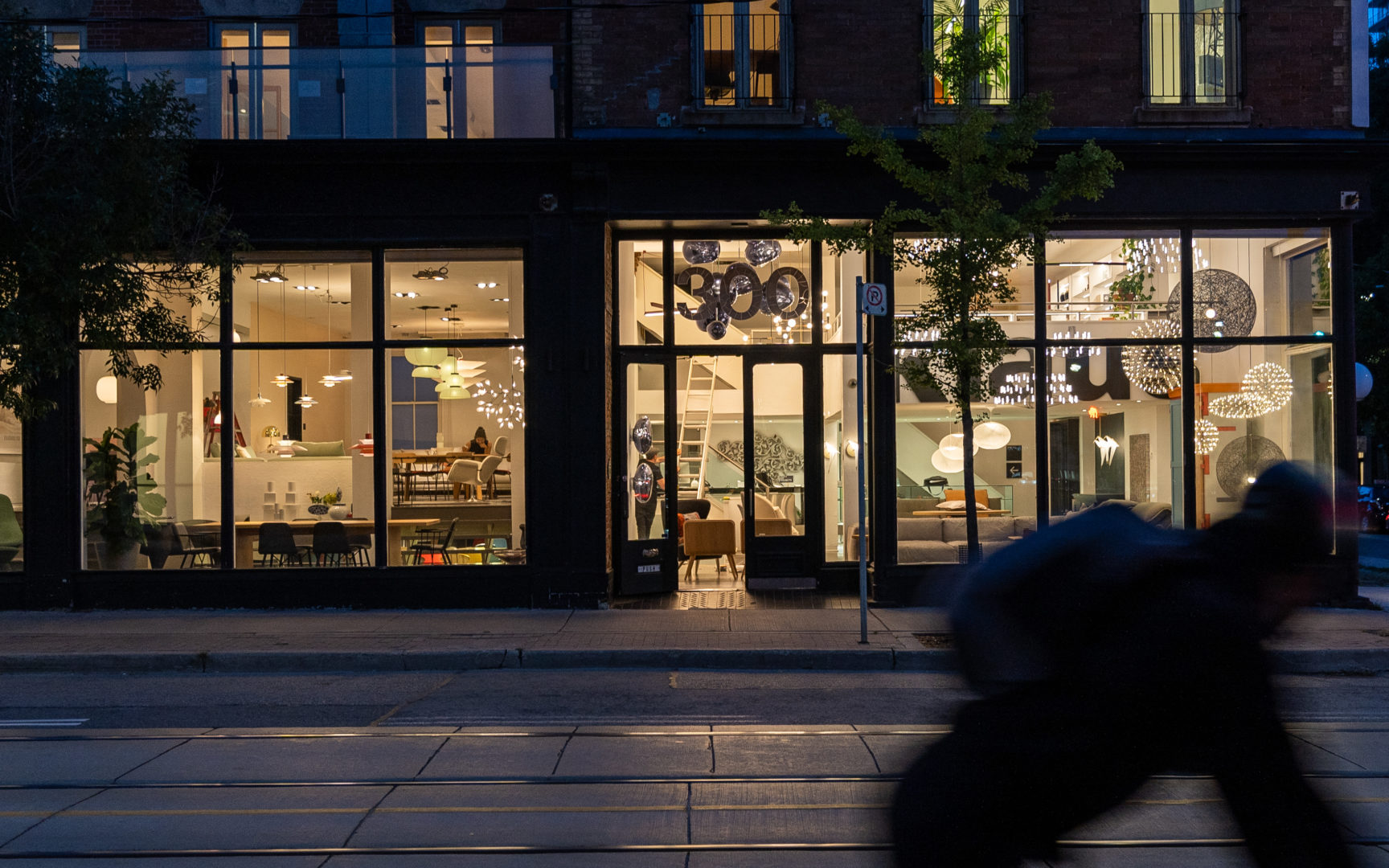 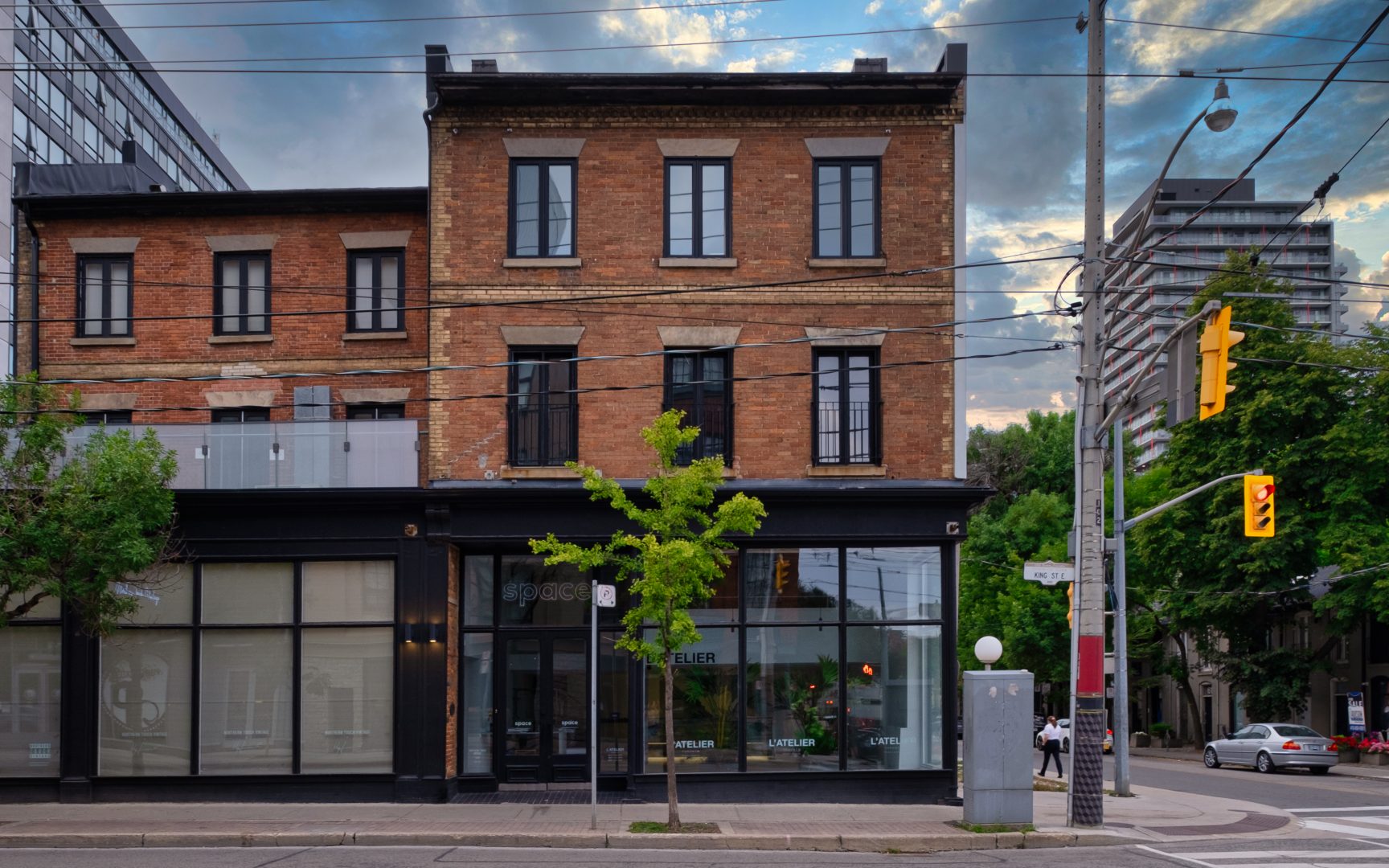 Corktown contains some of the oldest Victorian row-houses in Toronto. Some of these houses date back to the 1850’s and 1860’s. These former workers’ cottages can be found on the quaint narrow laneways that are discreetly tucked away off the main streets. Many new developments are in the works, including live-in work studios, condominium lofts and professional offices, all of which has helped to revitalize the entire neighbourhood. 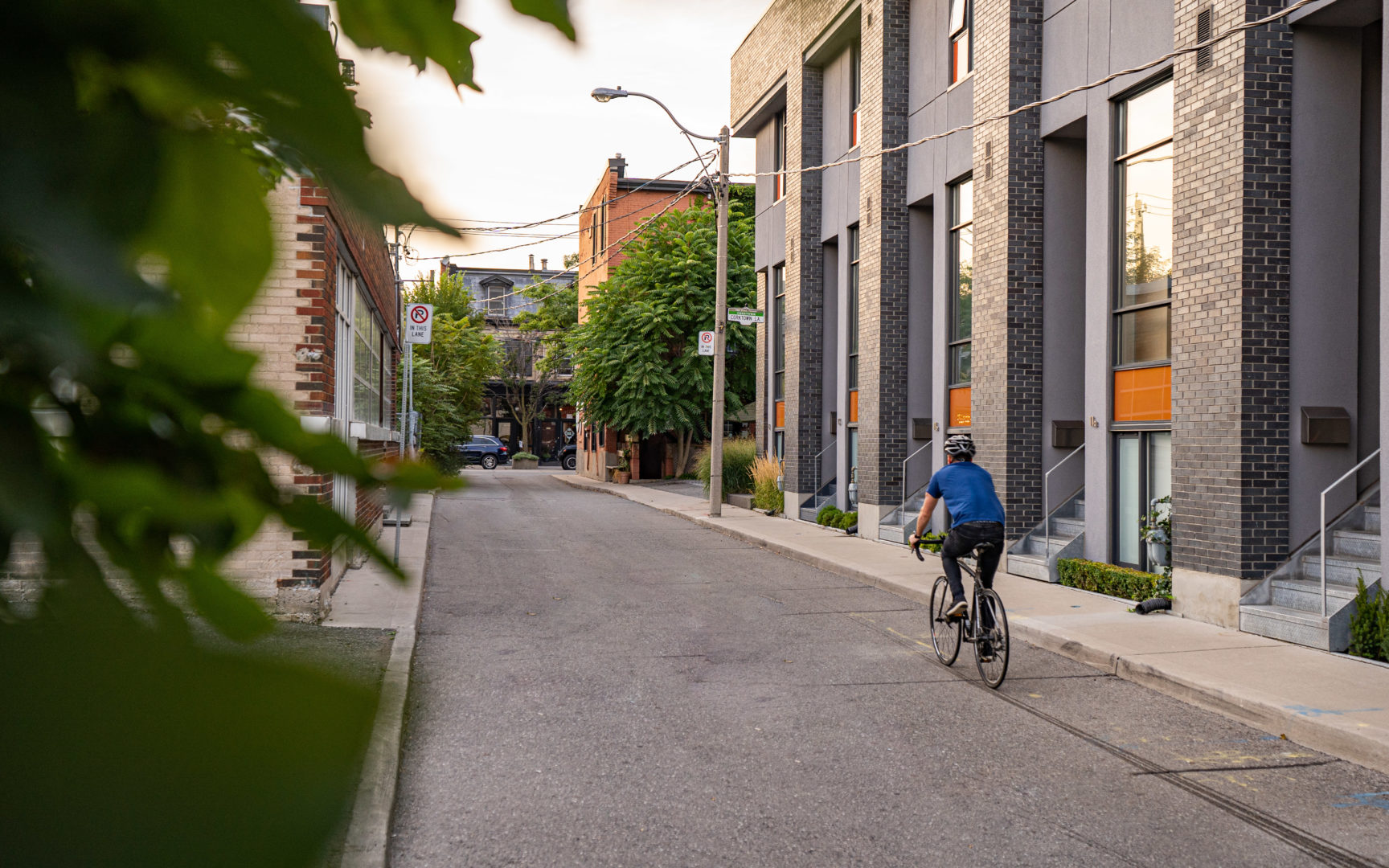 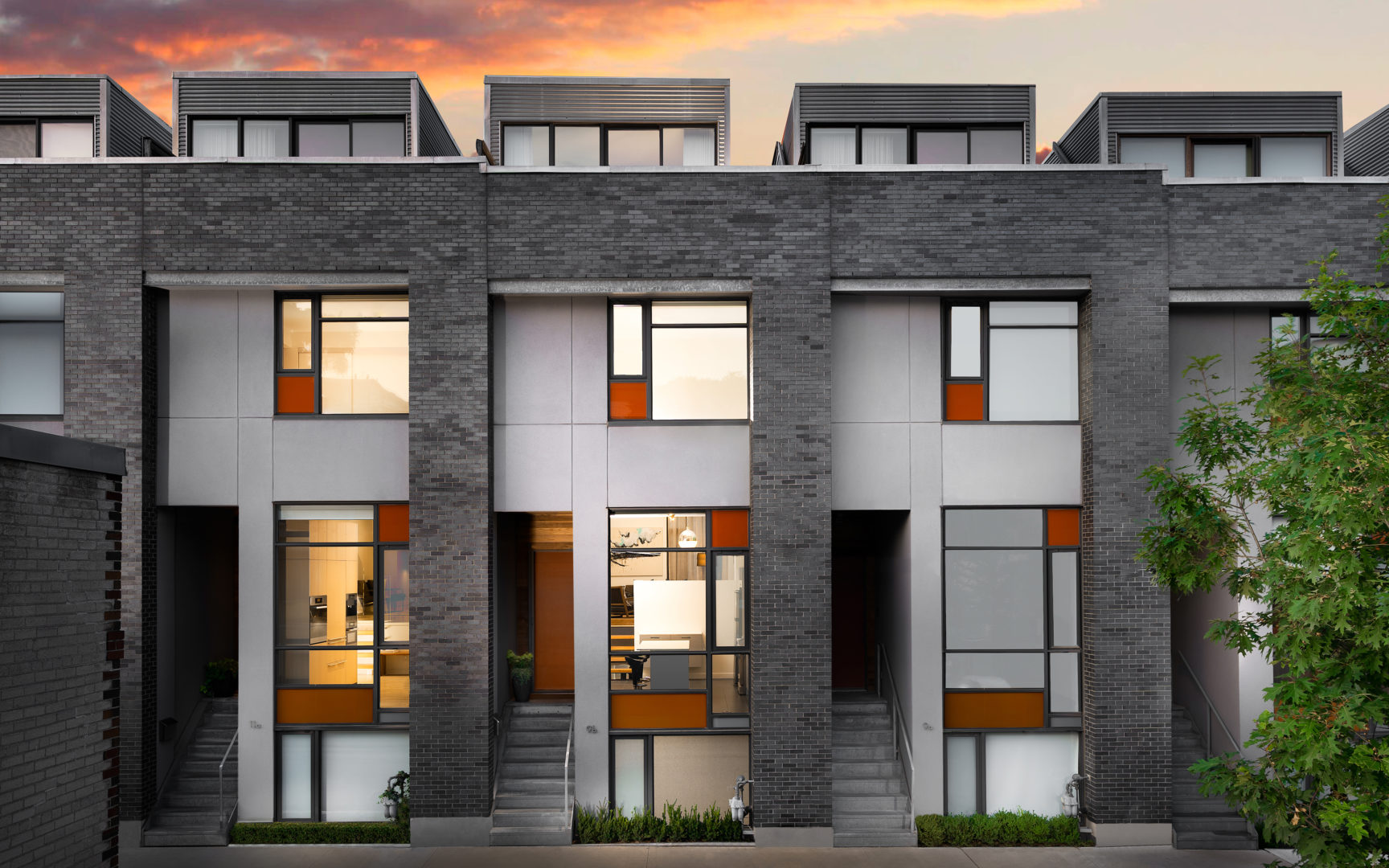 9B Gilead Pl listed and sold by Shane Carslake – (c) Photo by M.H. exclusively for SHANE 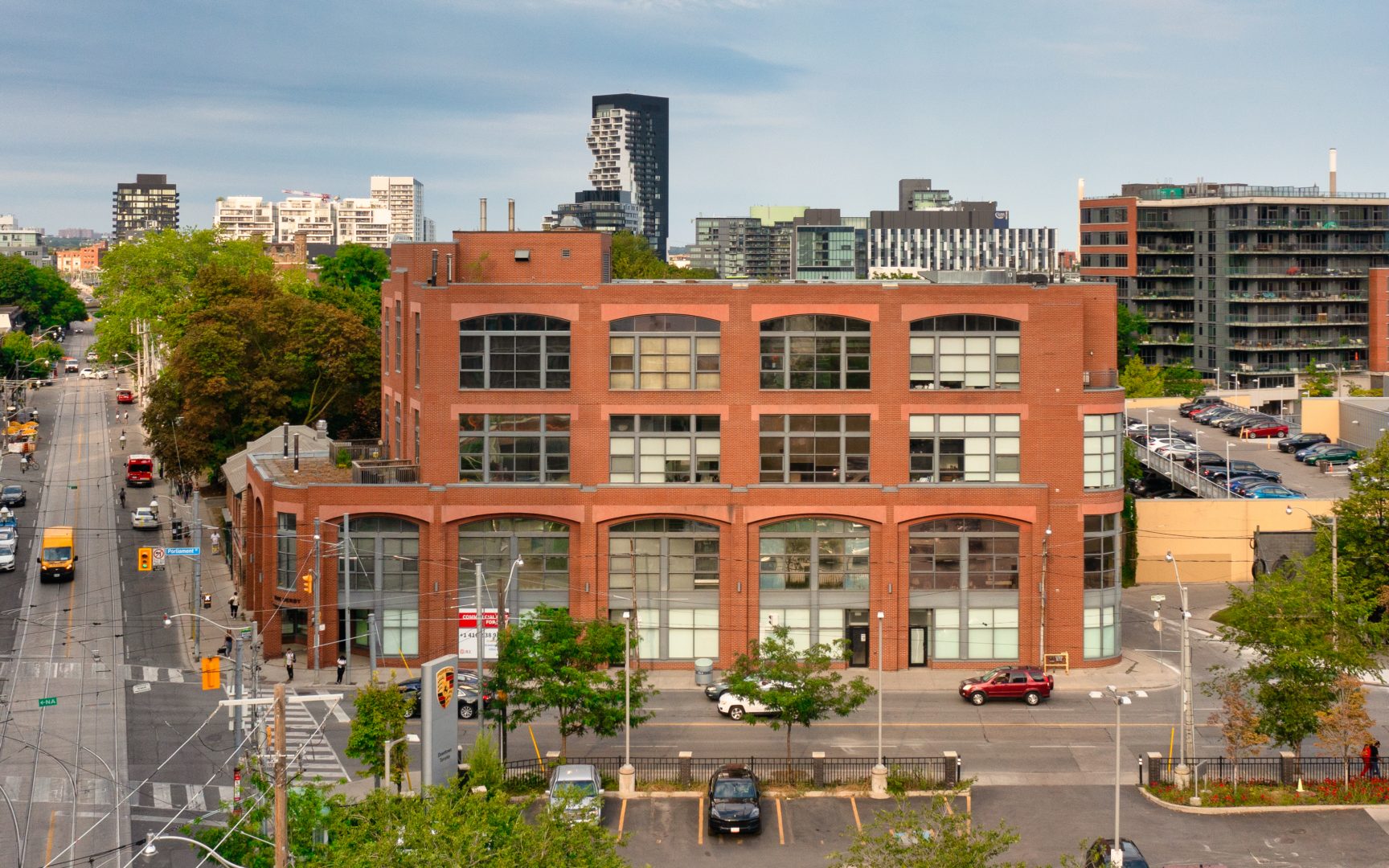 Corktown is home to some of the cities most high-end furniture stores, mostly centred around the intersection of Queen and Parliament, including Ital Interiors, Kiosk, and Studio B, just to name a few. Residents enjoy the luxury of being located within walking distance of the St. Lawrence Market, Toronto’s premiere food market. Corktown is also home to a rapidly growing list of restaurants and bars; some of the best in the city!

Henrietta Lane was opened by two friends, coffee & food lovers/bartenders to offer small town service & love in one of Toronto’s oldest communities. Café by day, cocktail bar by night, with an emphasis on traditional preservation & preparation. 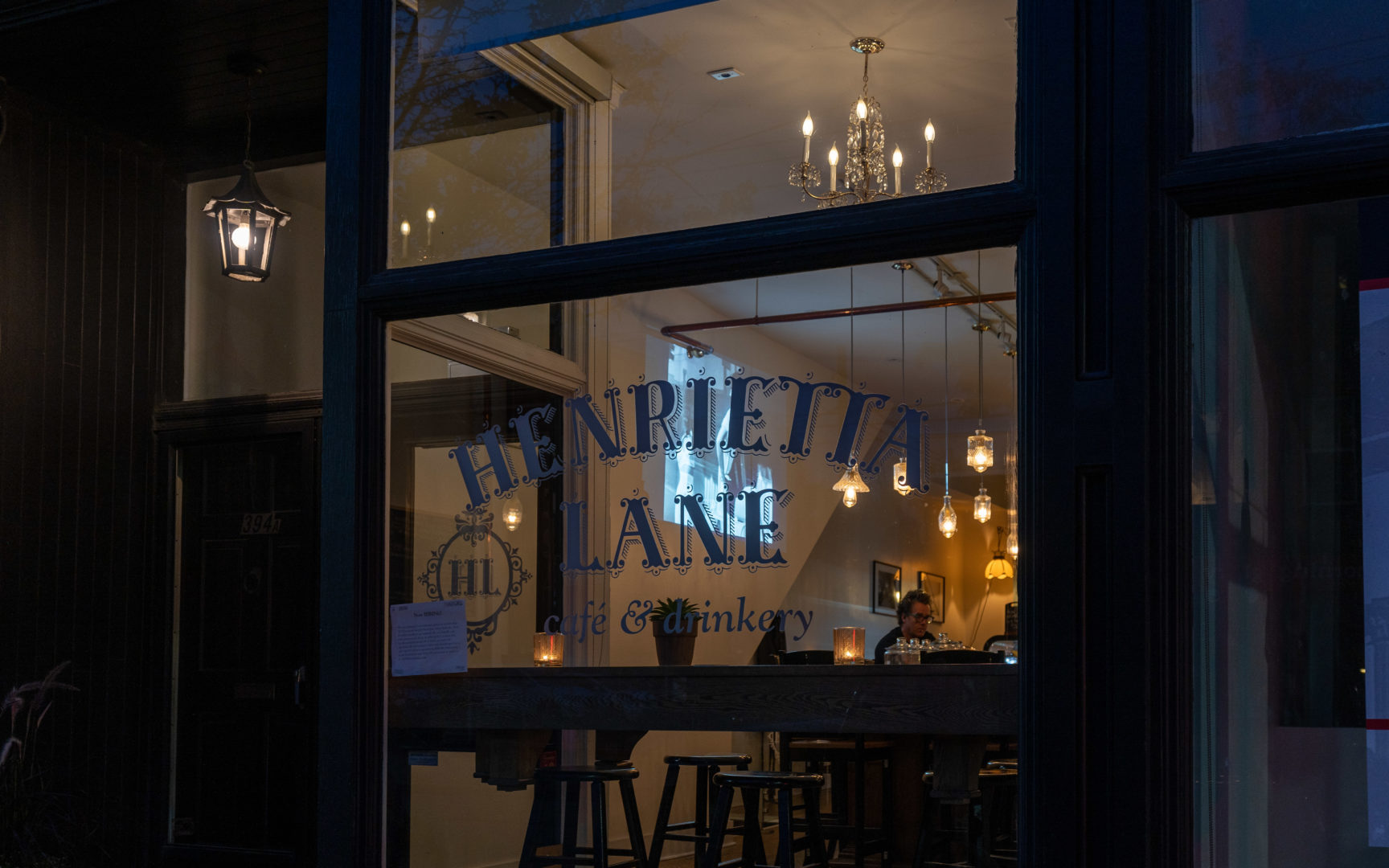 Reyna on King is the 3rd outpost for the Reyna Group. Designed as a lunch spot during the day, at night the lights go down and the cocktails start flowing. The nighttime snack and cocktail bar attracts guests looking for fun snacks, eccentric cocktails while listening to 90’s hip hop tunes in the coolest vibe on King East. 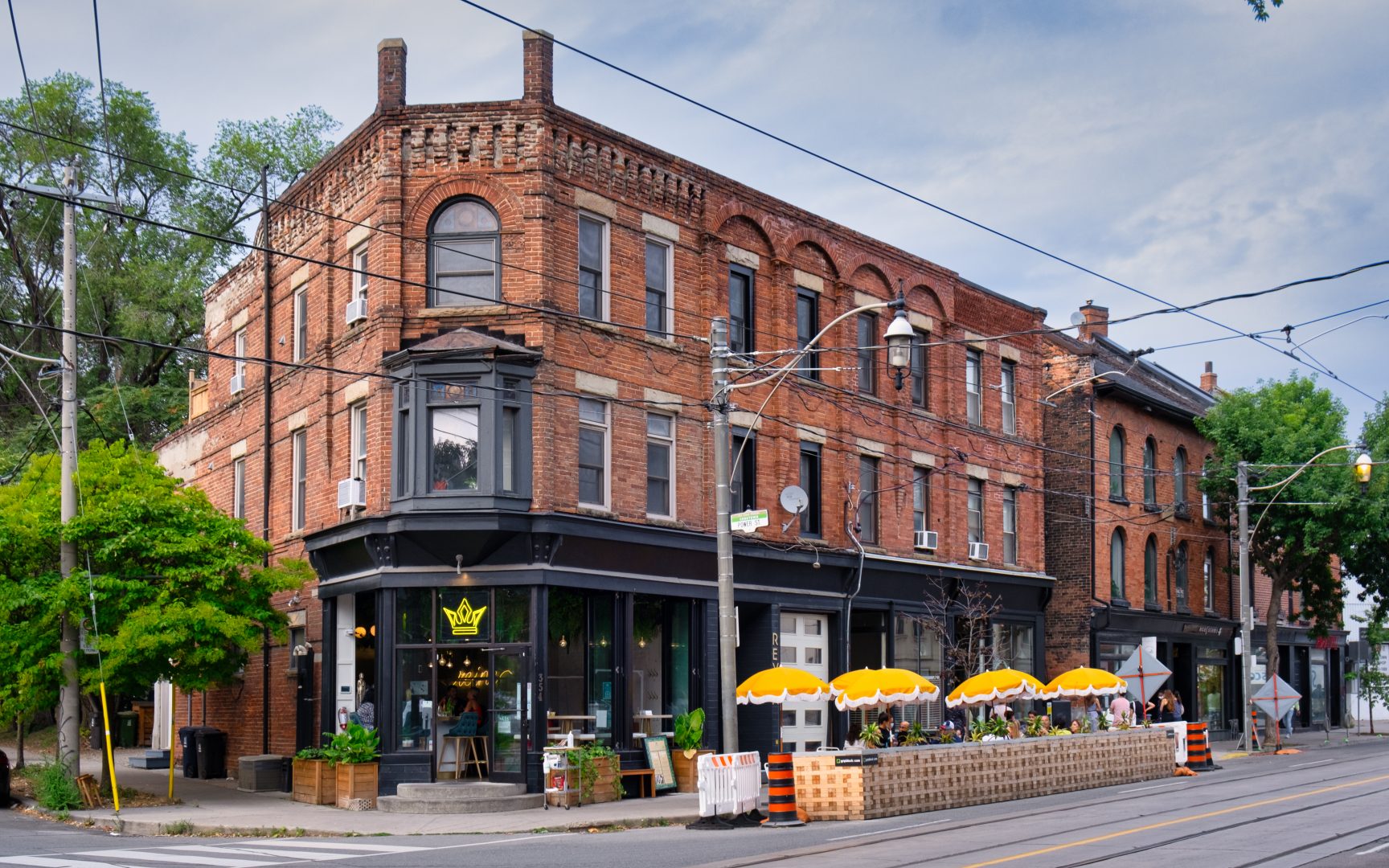 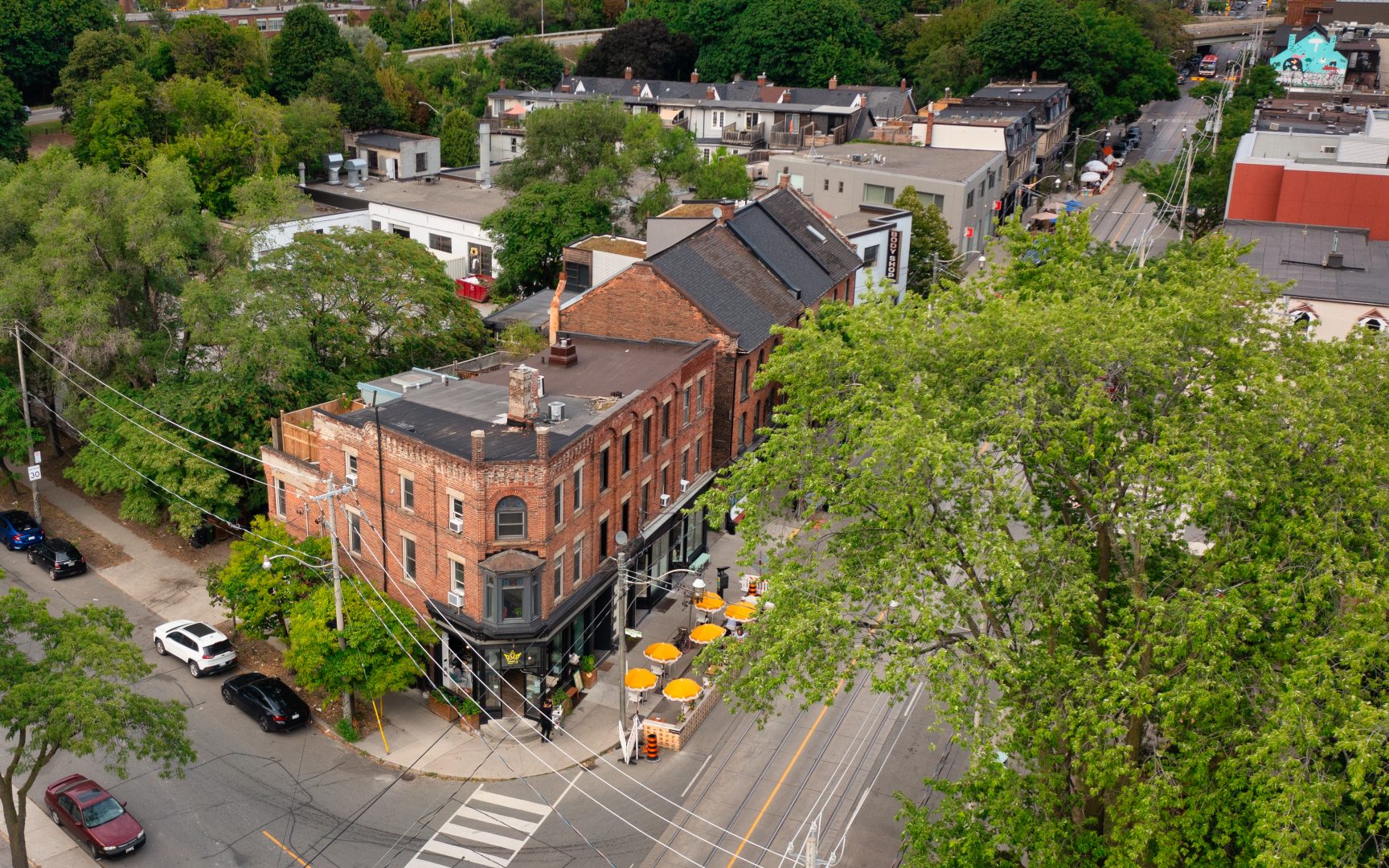 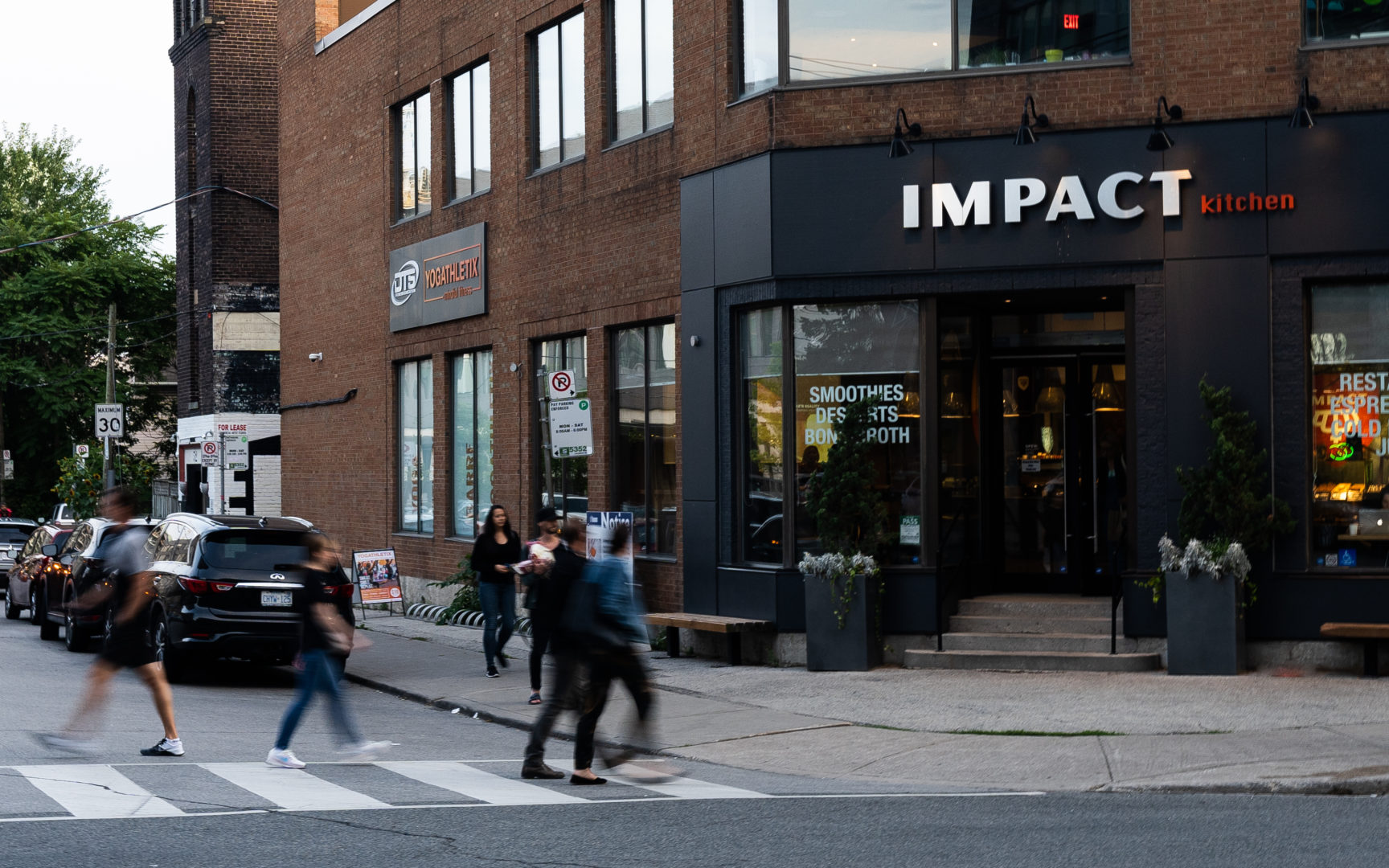 Within its 16,000 Sq. Ft. space, Spaccio boasts an open concept central kitchen, a caffè and a well-stocked storefront offering customers a selection of fresh products such as homemade pasta, pasta sauce, desserts, salumi, formaggi and much more made daily to be enjoyed in house or to take home. The storefront will also carry all imported Terroni and Sud Forno products at wholesale prices. As you eat and drink in Spaccio’s two floor dining space, you can watch the kitchen as the bread comes out of the oven, the artisans hand make the pasta and the pastry chef gets busy with the cornetti, bomboloni and other breakfast items that will be made fresh daily. 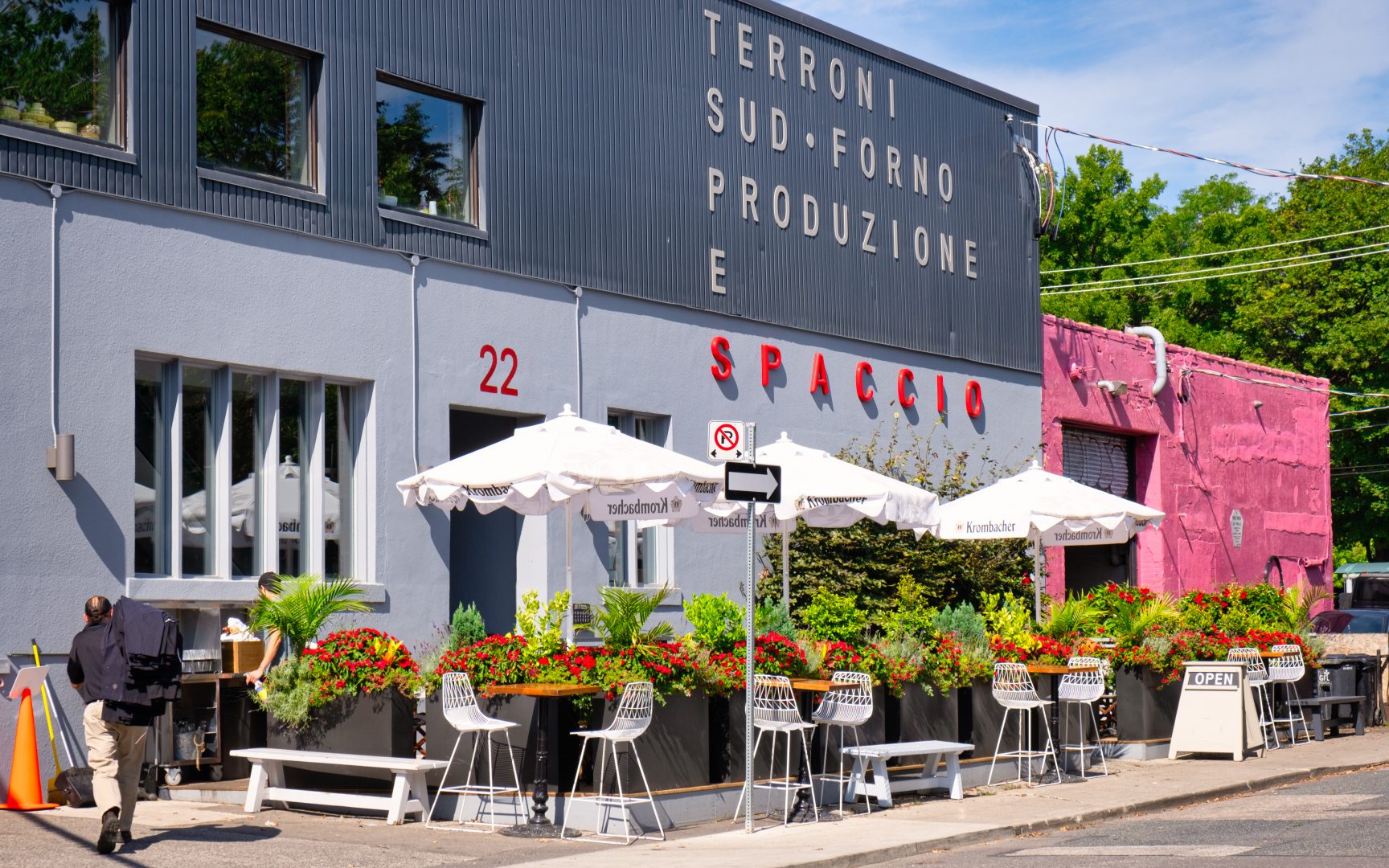 Gusto (pronounced Goo-sto) means tasty in Italian. Located in Toronto’s Corktown neighbourhood, Gusto 501 brings together the innovation of sister restaurant Gusto 101 and the soulful hospitality of Janet Zuccarini’s first restaurant, Trattoria Nervosa. Since opening their doors in 2020, Gusto 501 has been serving fresh takes on Italian fare in Toronto’s east end. Designed by award-winning architecture firm PARTISANS, Gusto 501’s space is punctuated by glowing terracotta walls and an oversized “garage door” façade that opens up to reveal a multi-level dining theatre. 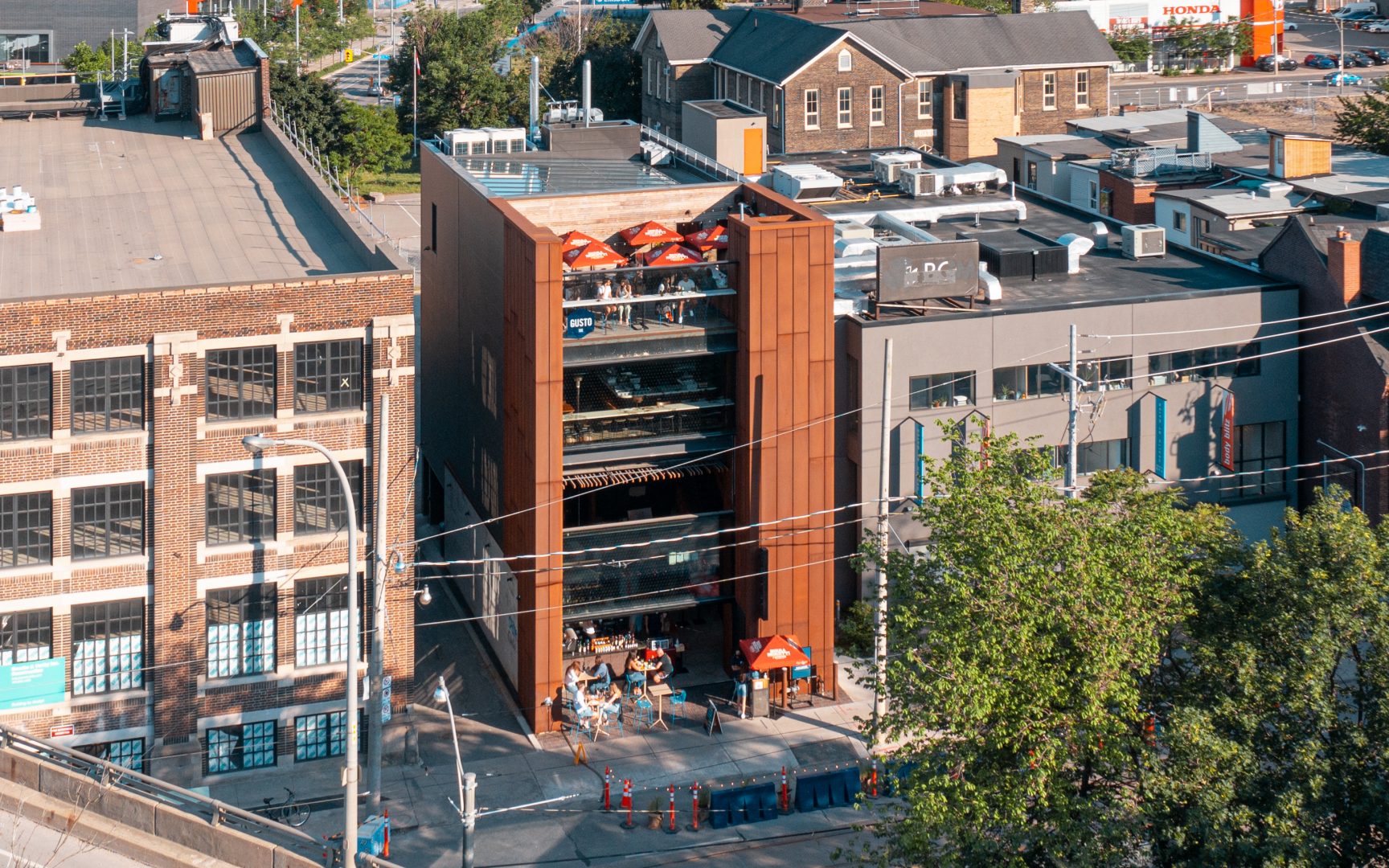 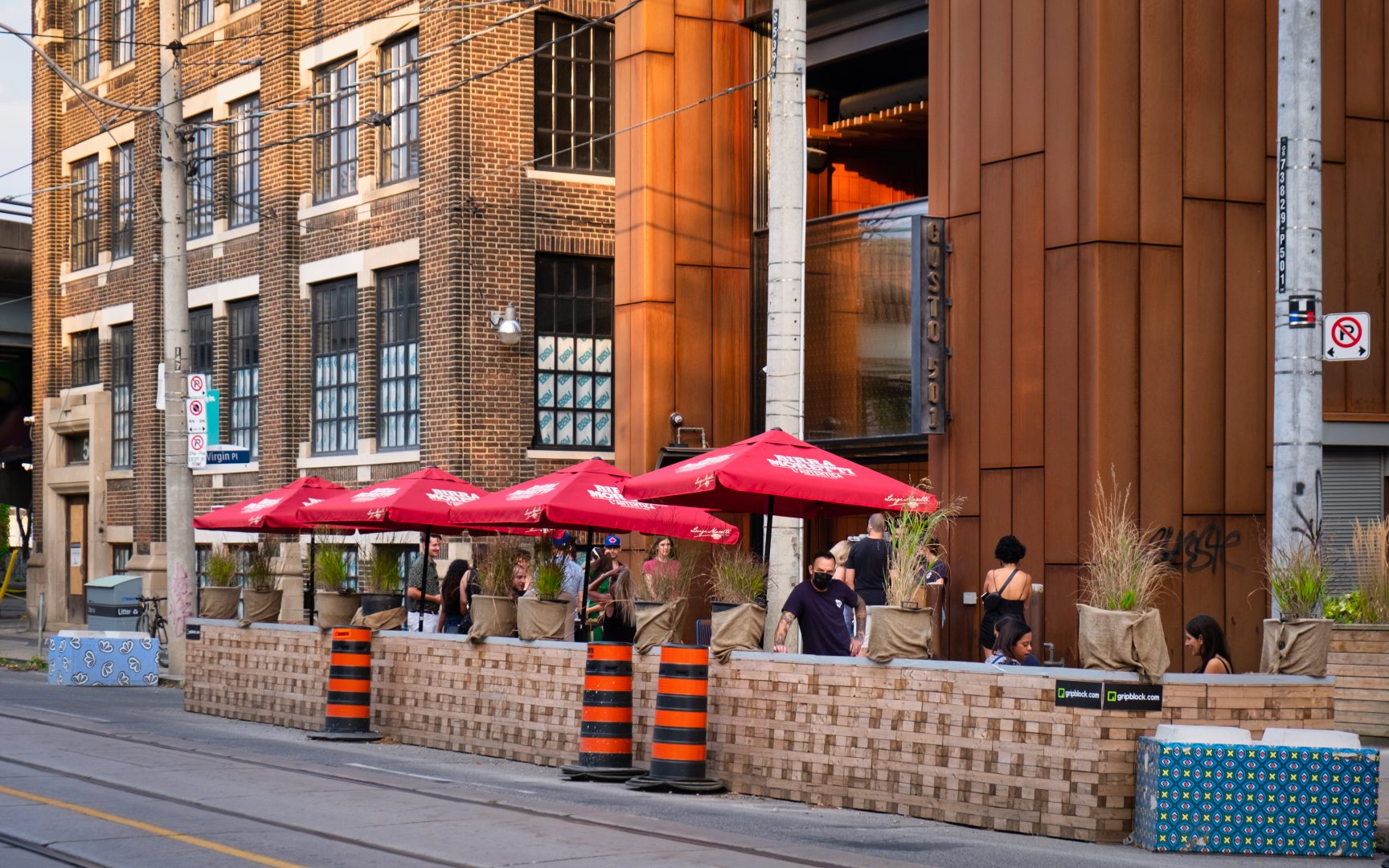 The NEW Sackville playground located along King Street East, was recently re-completed in the summer of 2019, featuring a new playground, and park space. 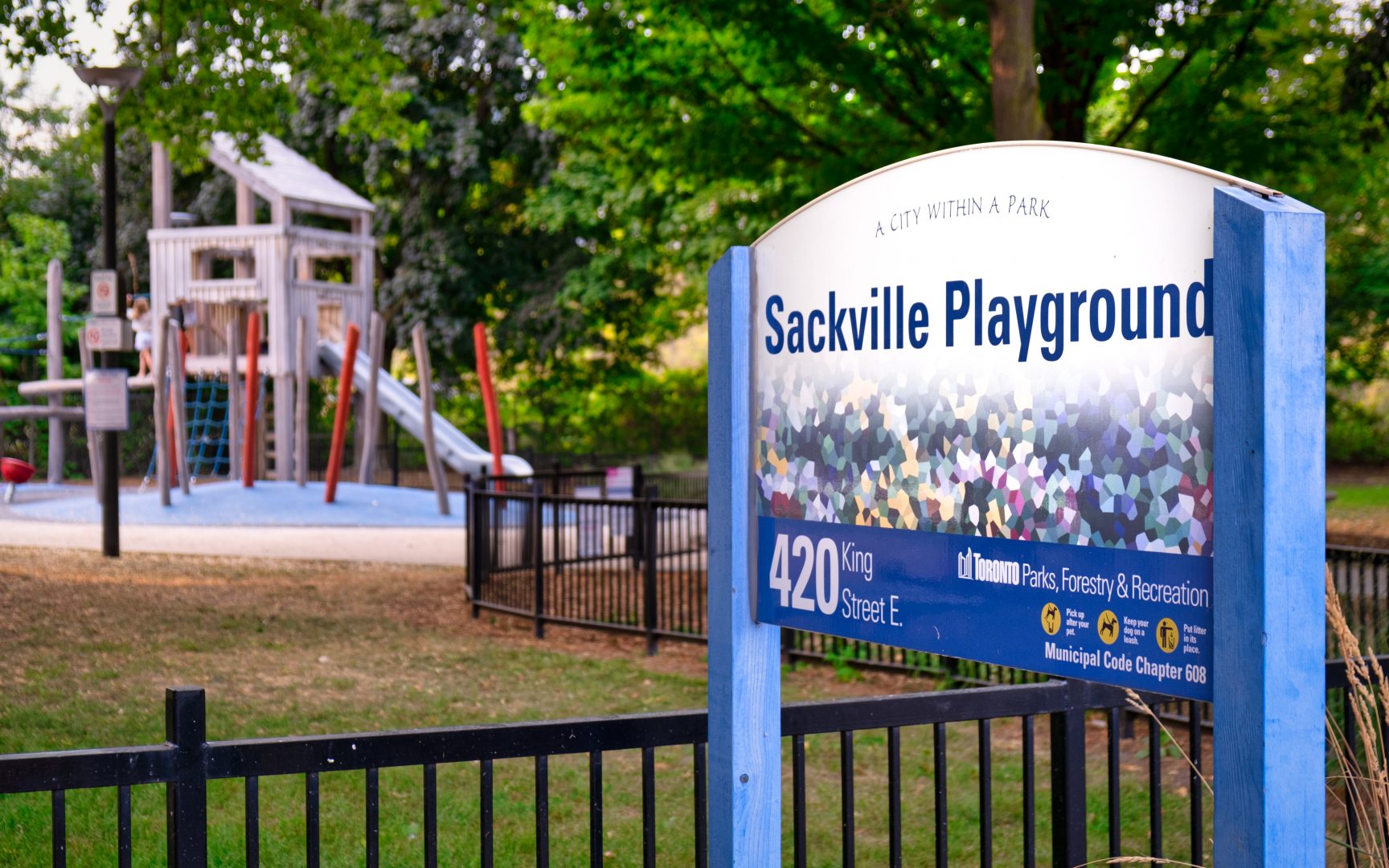 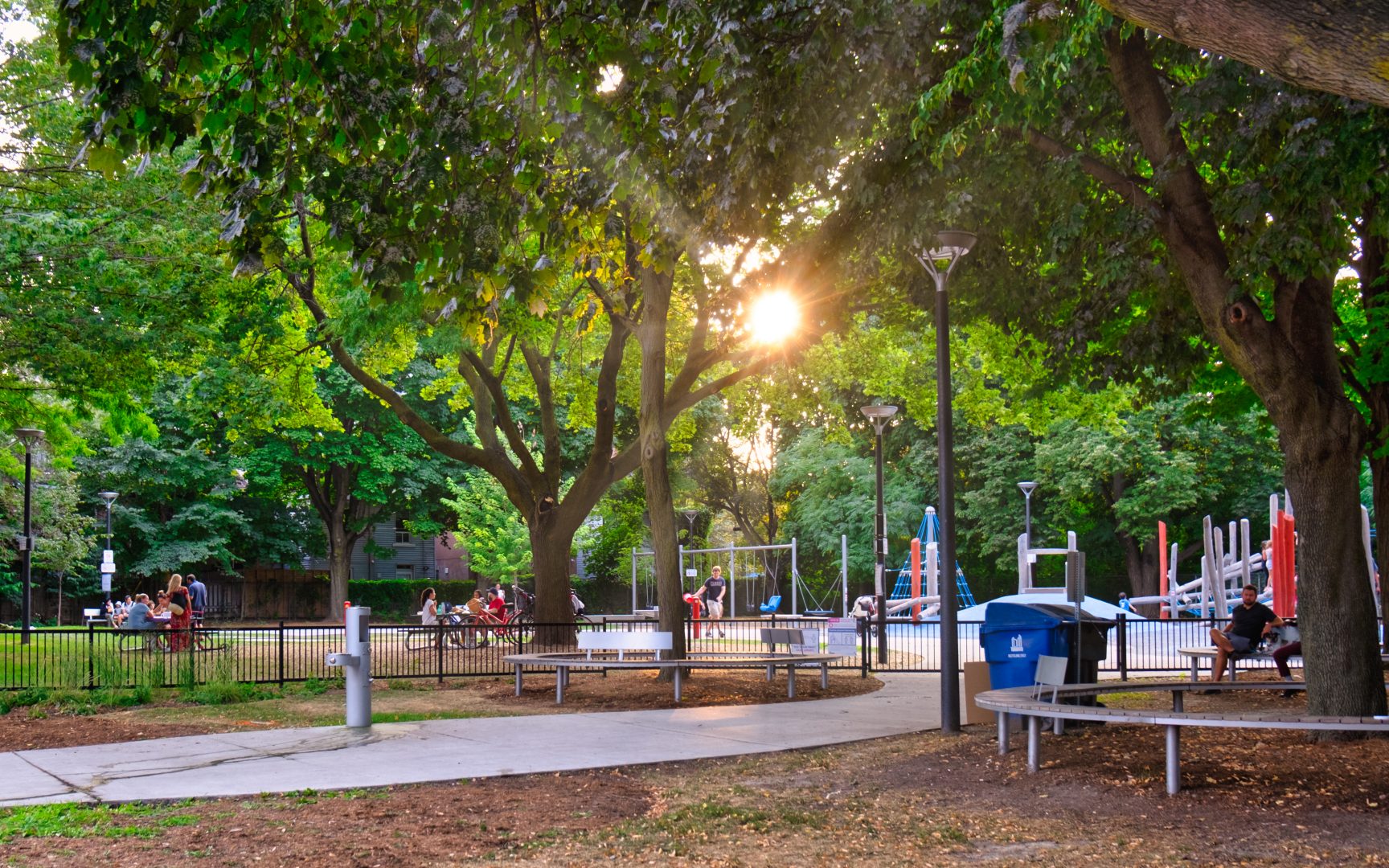 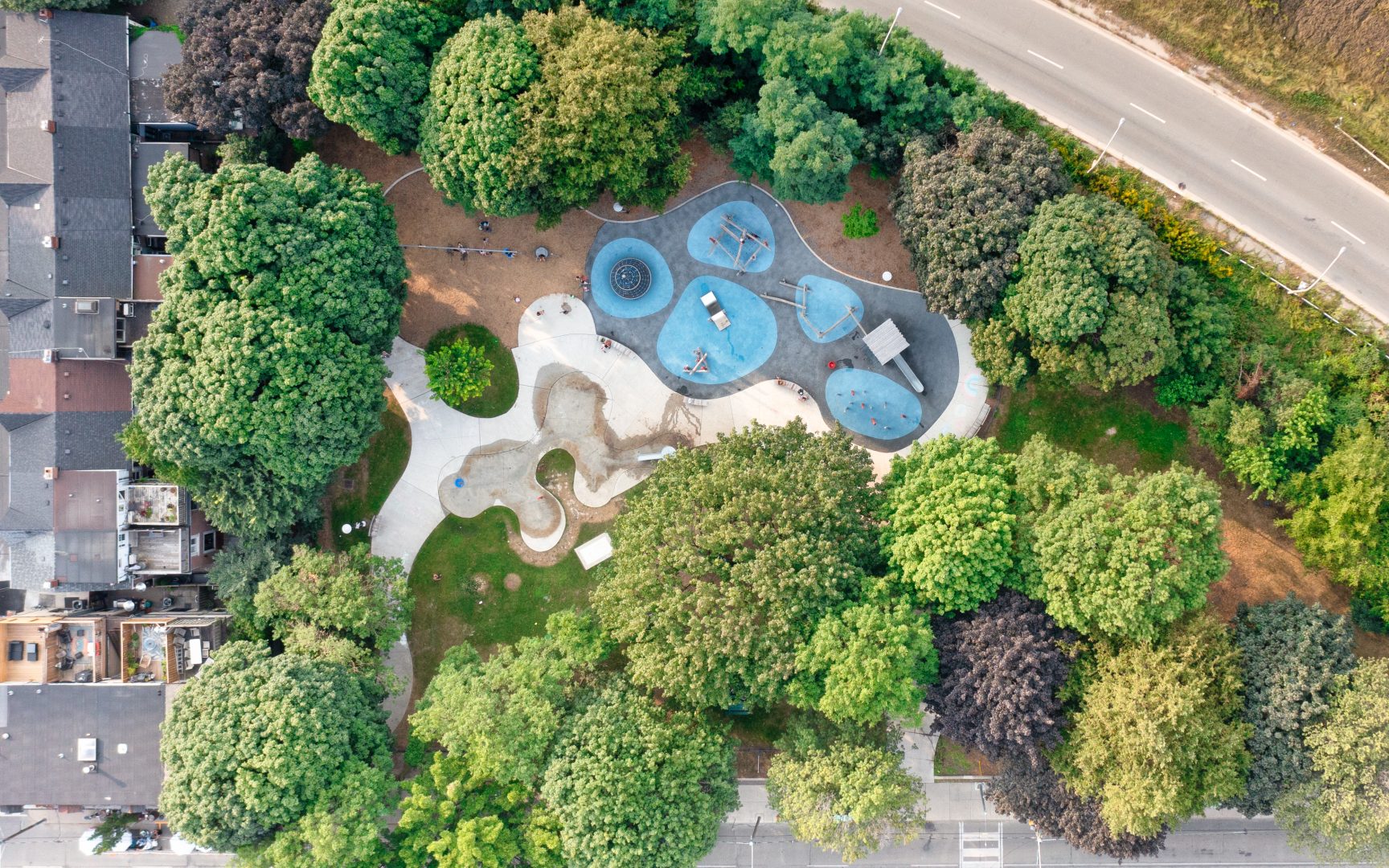 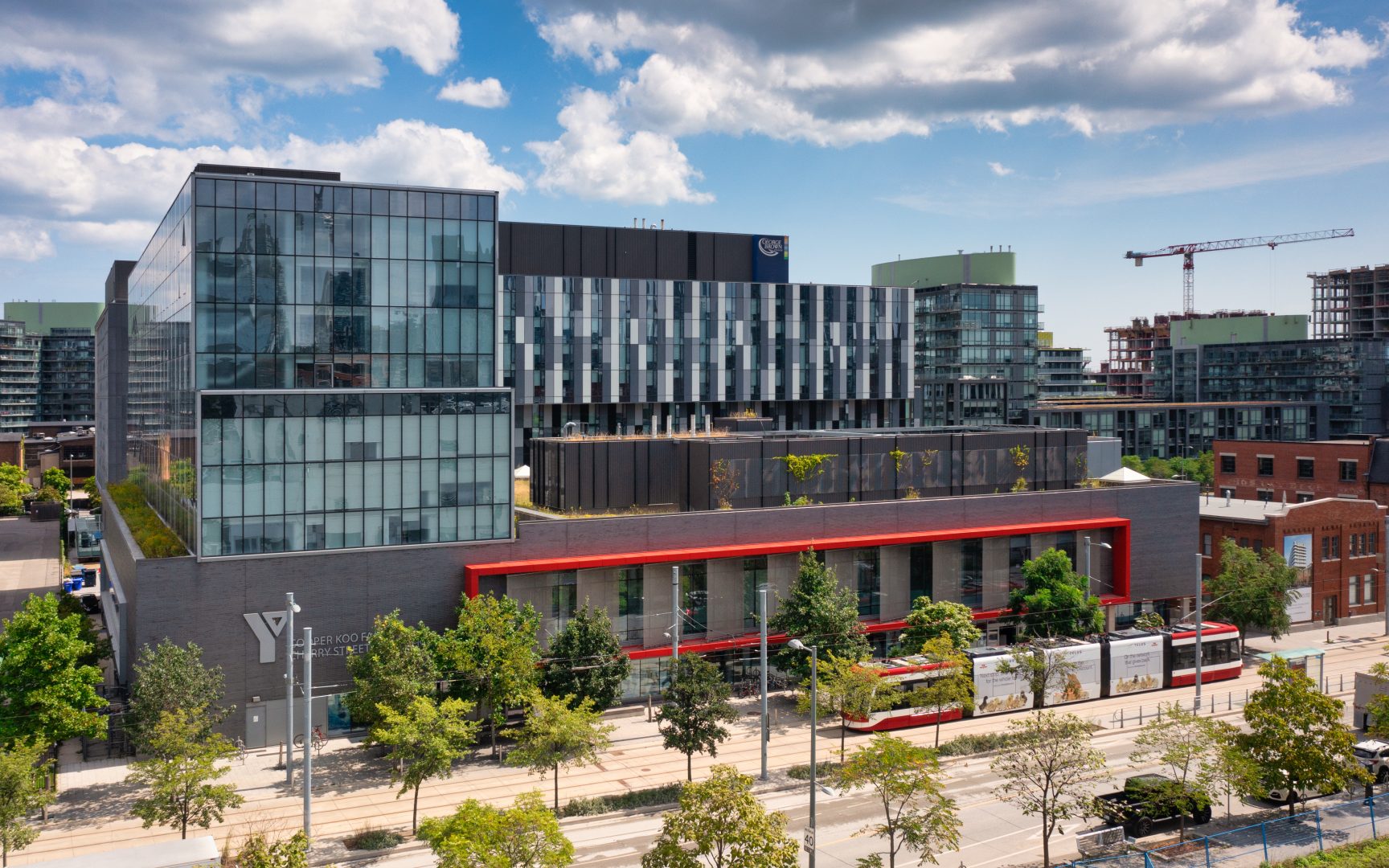 Lift is a results based training gym with a state of the art facility located on King St East. 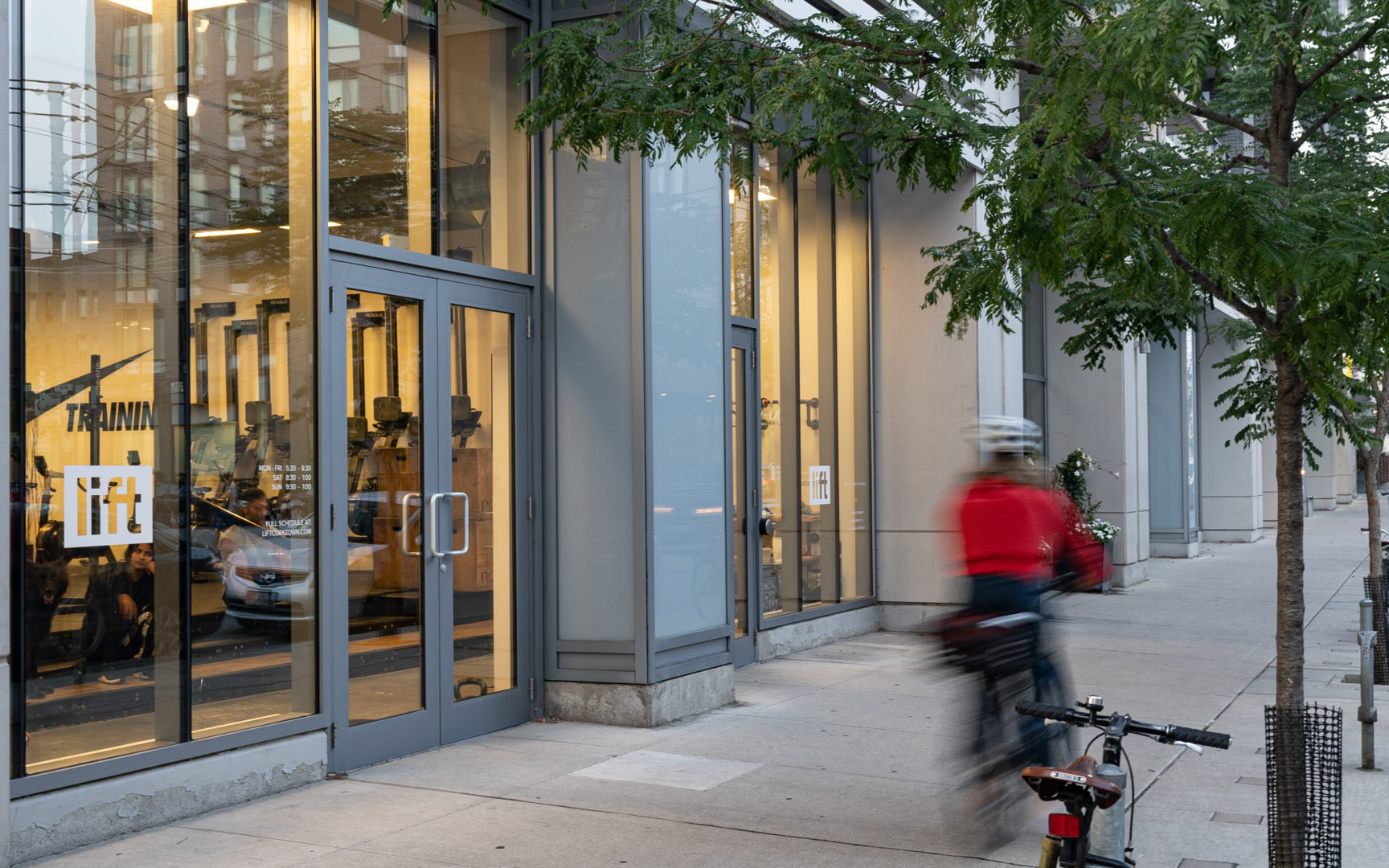 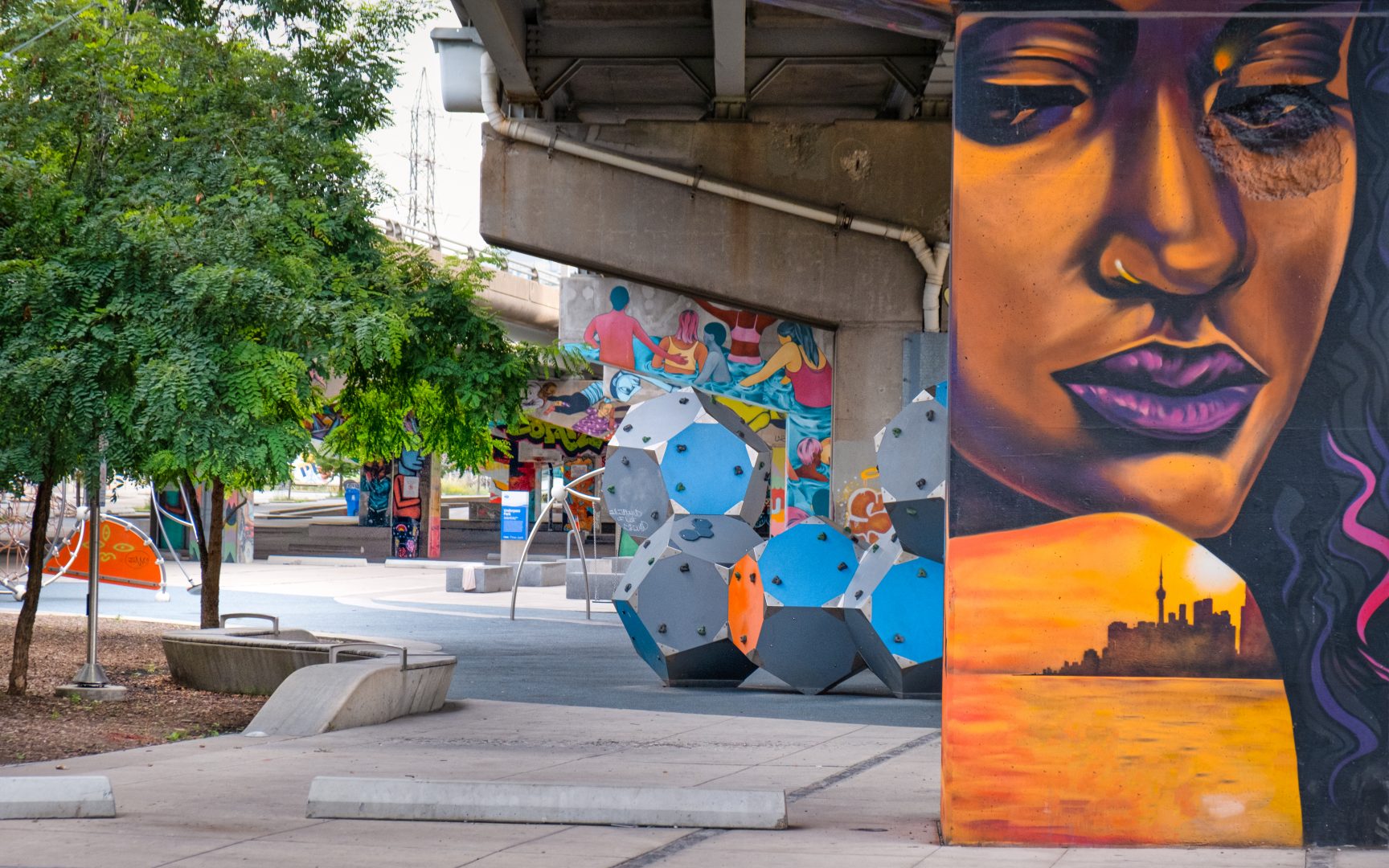 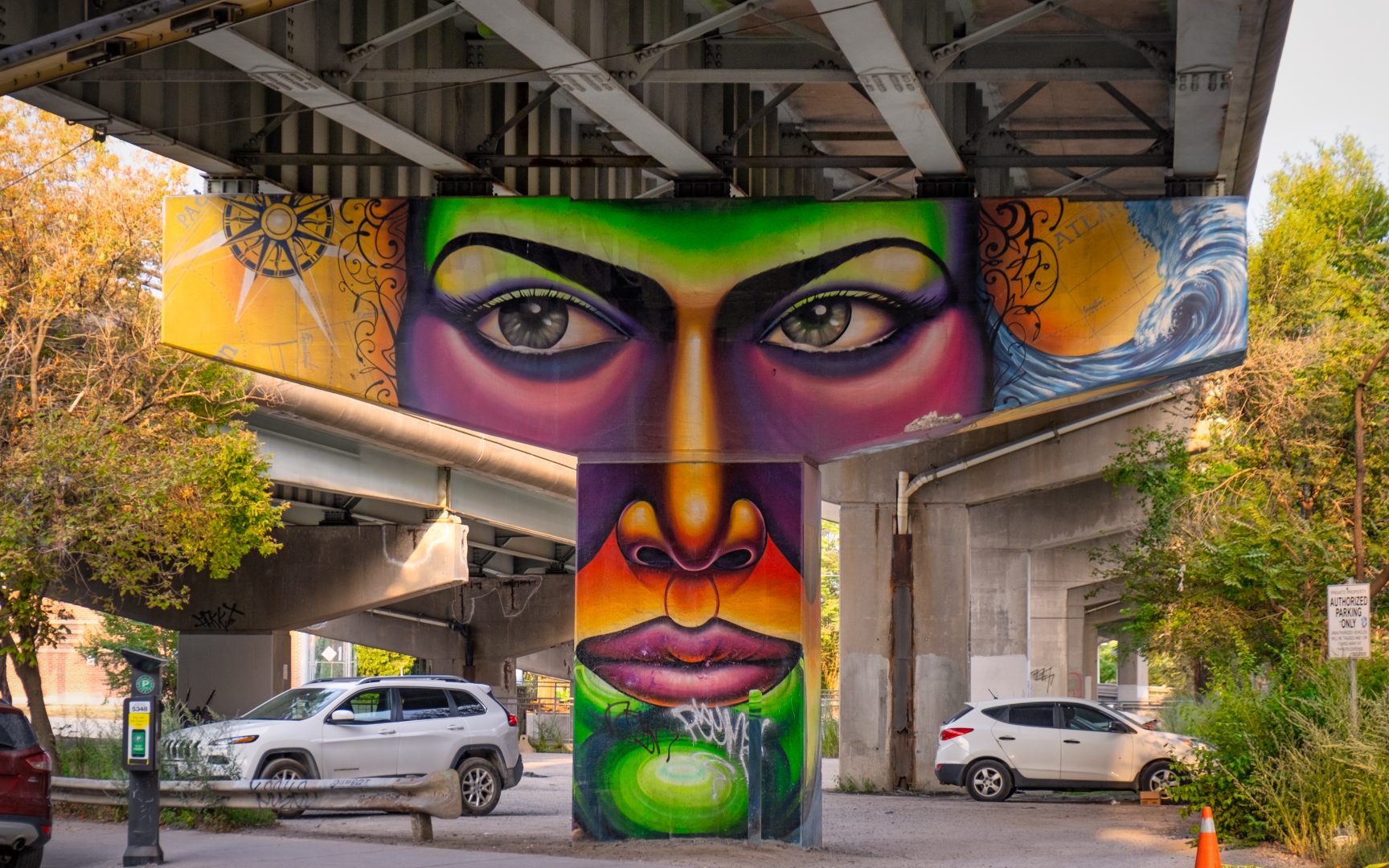 The trail in the Don River Valley Park running alongside the river, connects Toronto’s urban neighbourhoods and their communities to valuable greenspace. 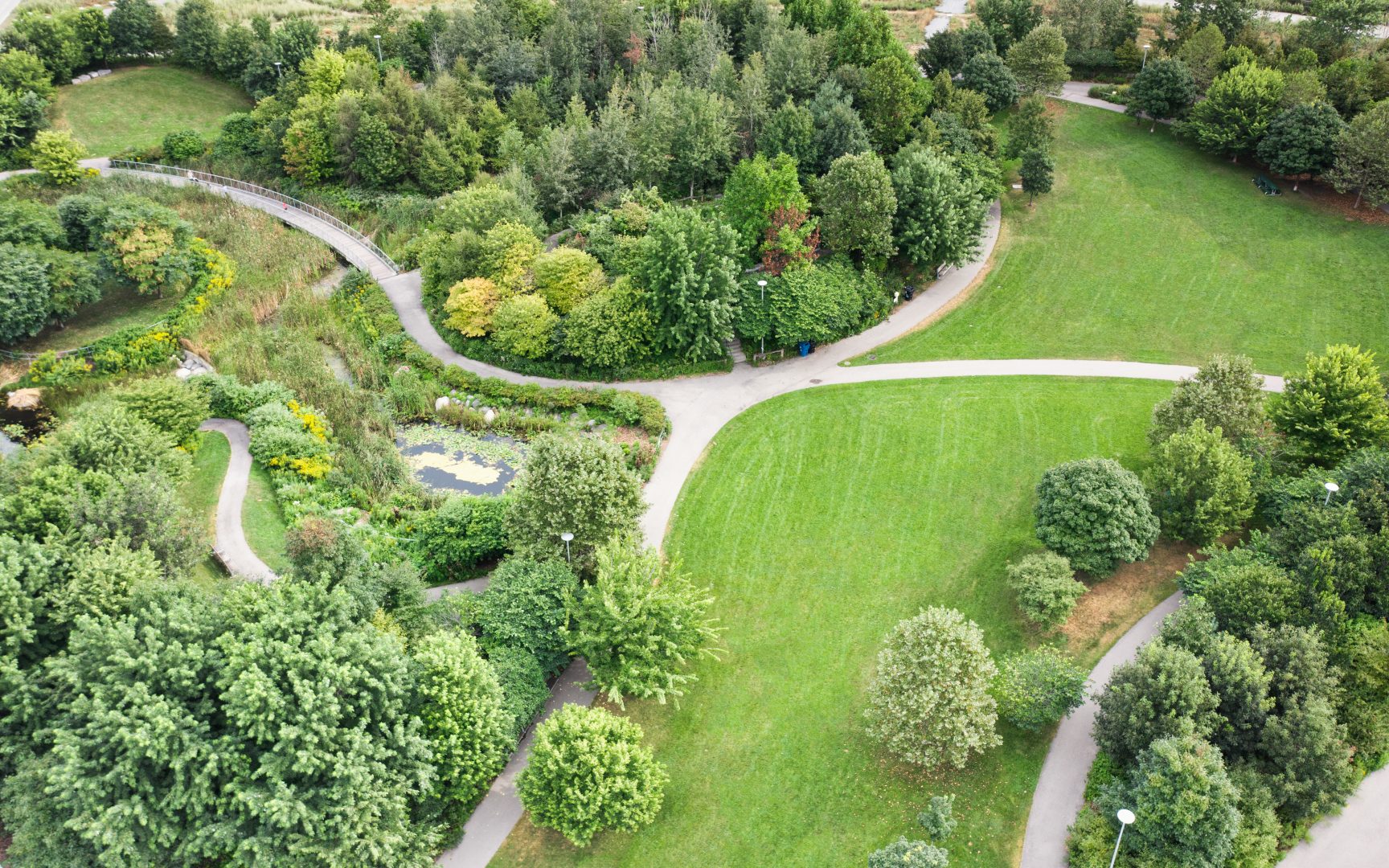 At the intersection of Sumach Street and Eastern Avenue you will find Site Specific, an artwork by Toronto- and Philidelphia–based artist team Scott Eunson and Marianne Lovink. Site Specific, uses the 40 metre long linear site to portray, in abstract pattern and form, a deep history of human existence in the immediate area, with an expanded focus on the era of Thornton and Lucie Blackburn whose home was on the site of the adjacent Inglenook Secondary School. 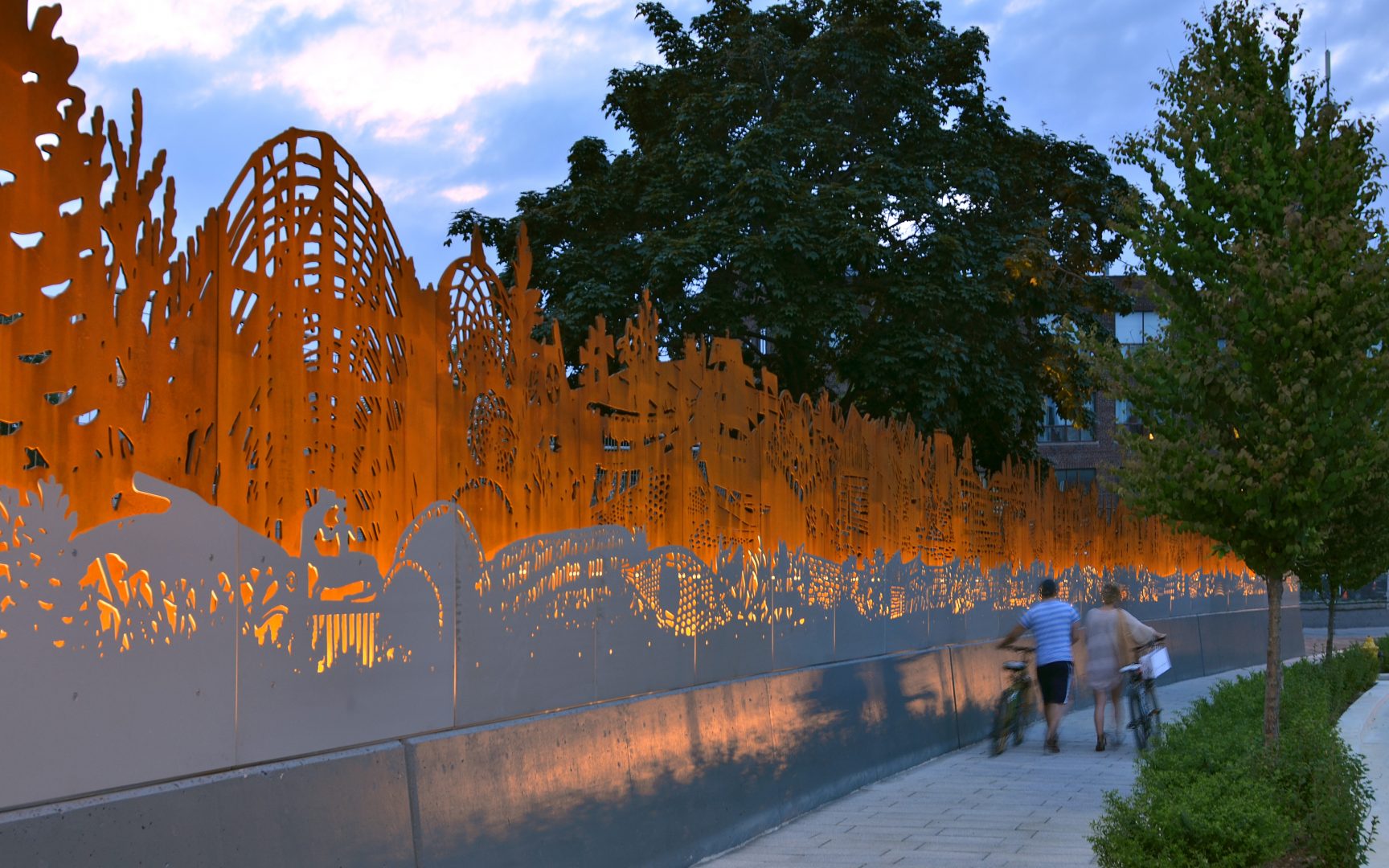 The Queen and King streetcars connect to subway stations on the Yonge-University-Spadina Line, while the Parliament streetcar connects passengers to the Castle Frank Station on the Bloor-Danforth Line. 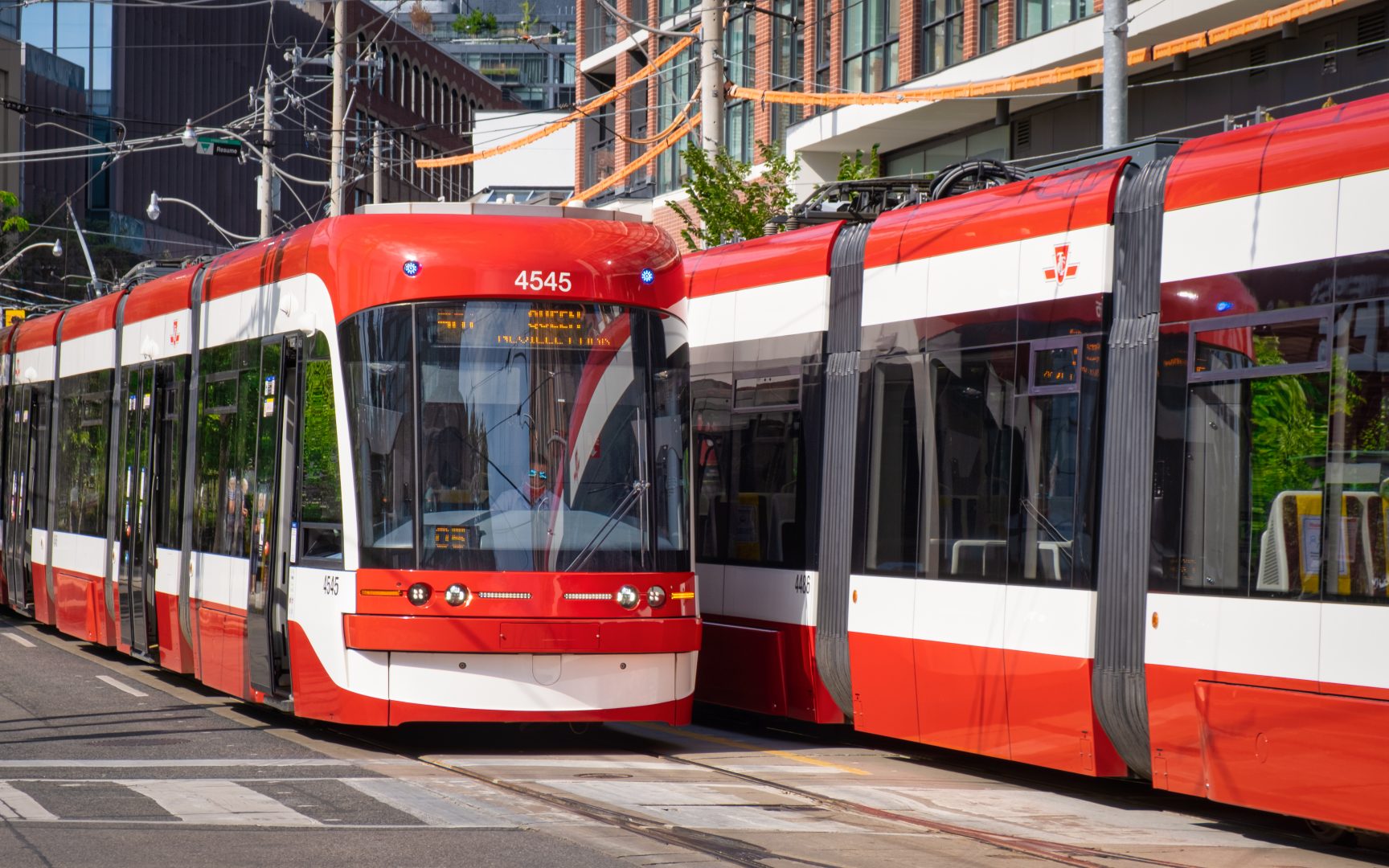 The City of Toronto, TTC and Metrolinx, are working collaboratively to plan expansion of the transit network and bring more transit to communities across the city, including a proposed Relief Line South.  This 7.5km long planned subway line with 8 stations, will connect the Yonge-University-Spadina Subway (Line 1) downtown to the Bloor-Danforth Subway (Line 2).  Once completed there will be 2 new subway stations in the Corktown area. One will be named Sumach (at Sumach & King St E) and the second will be named Corktown (located at King St E and Berkley St.) To stay up to date on this project you may follow this page.

Motorists are only a few minutes from the Adelaide Street on ramp to the Don Valley Parkway, and an equally short distance to the Gardiner Expressway and Lake Shore Boulevard. 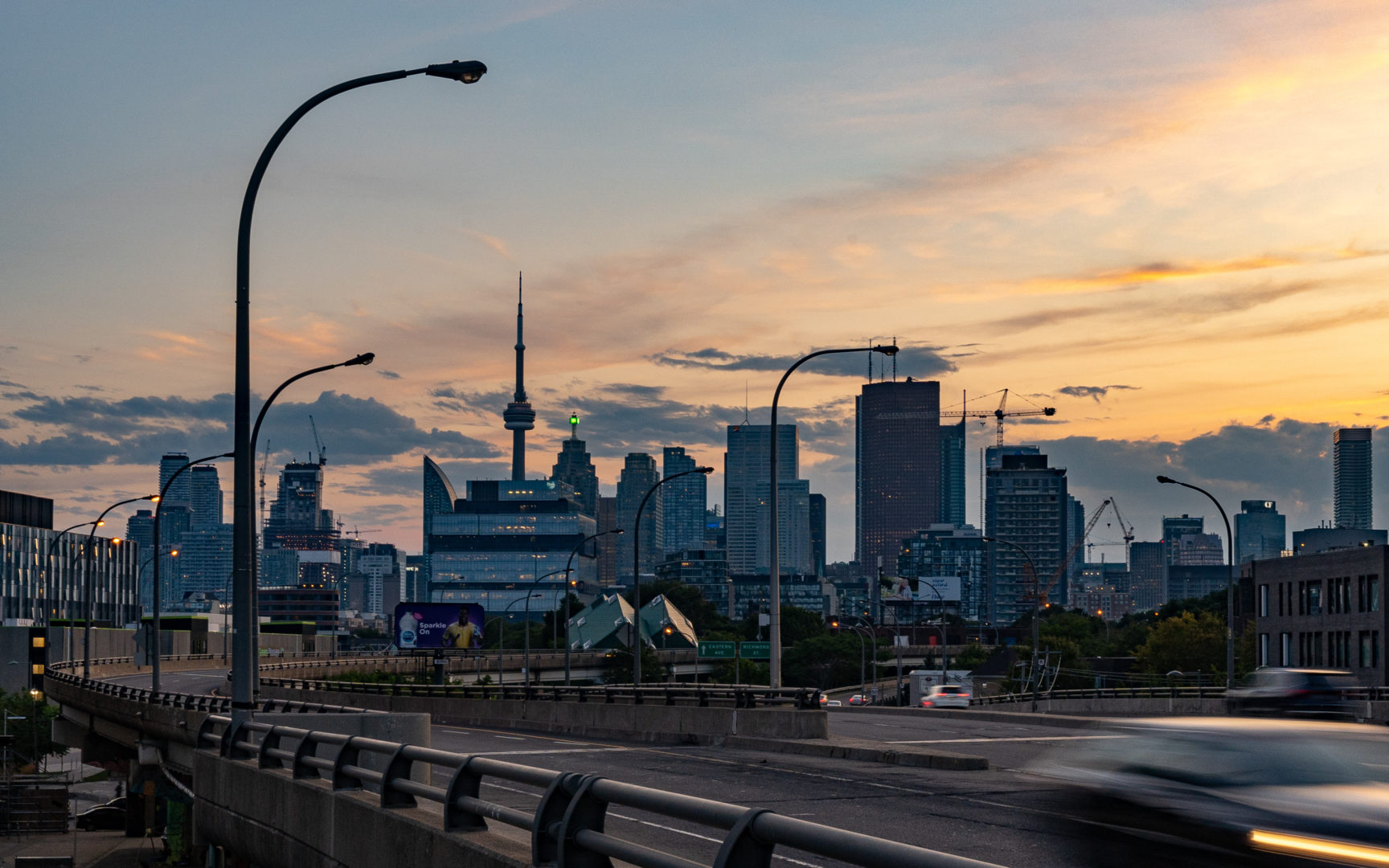 Easy access to the Gardiner Expressway and DVP – (c) Photo by M.H. exclusively for SHANE

Corktown was originally settled by working class immigrants in the early 1800’s. Many of these families came from the County of Cork in Ireland, which explains how this neighbourhood became known as Corktown. Most residents found employment at one of the local breweries or brickyards. These families were very poor and could not afford the lofty pew rents at nearby St. James Cathedral. This led to the building of their own “Little Trinity Church” in 1843. Little Trinity Church is still standing today at 417 King Street East. 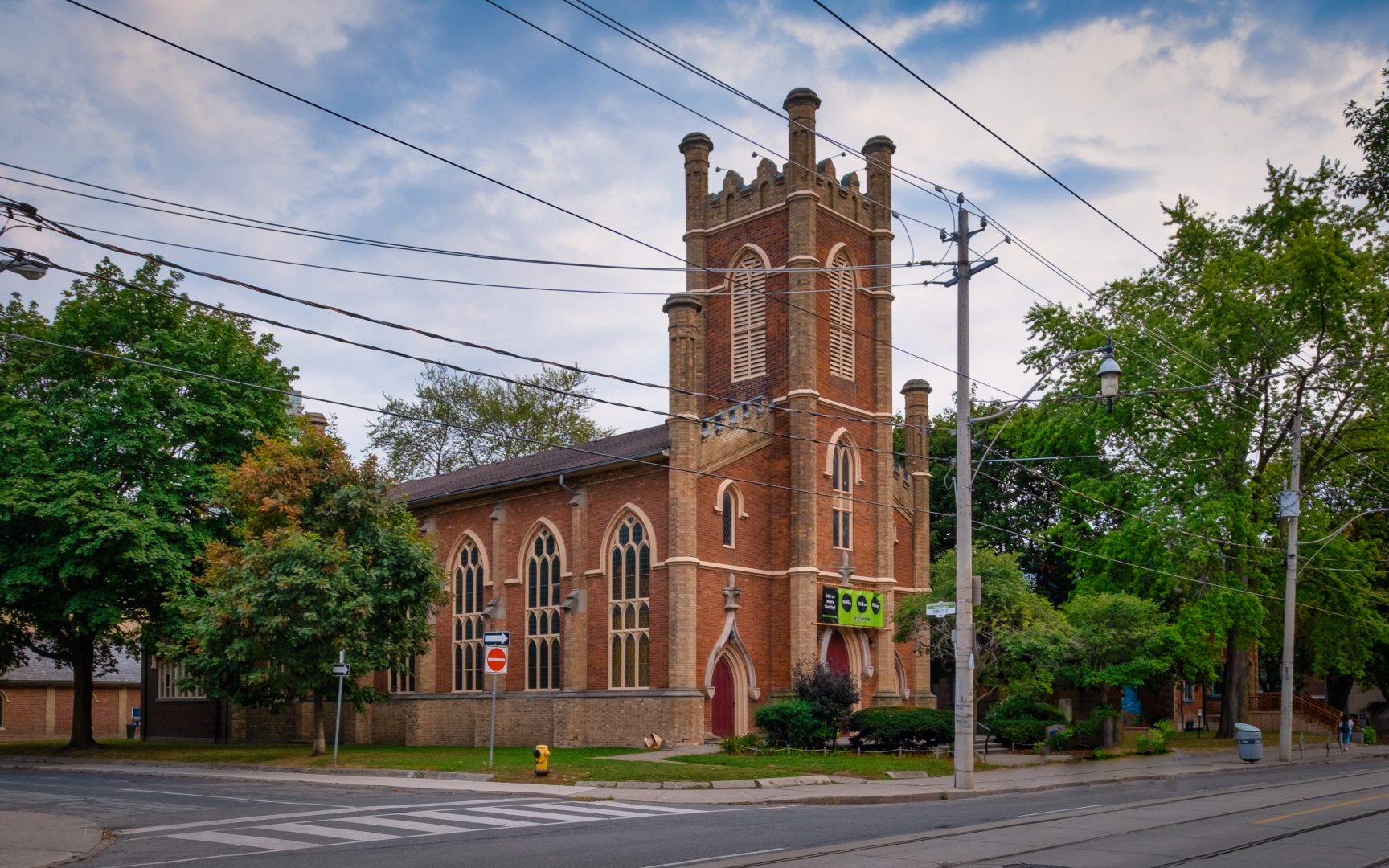 The Trinity Schoolhouse on Trinity Street, just south of Little Trinity Church was built in 1848. This was Toronto’s first ‘free school’. Its benefactor was Enoch Turner, a prominent Corktown brewer, and one of Toronto’s great philanthropists. A century and a half later children and adults are still being educated in the Trinity Schoolhouse, which is now run as a museum designed to replicate a mid-nineteenth century classroom. 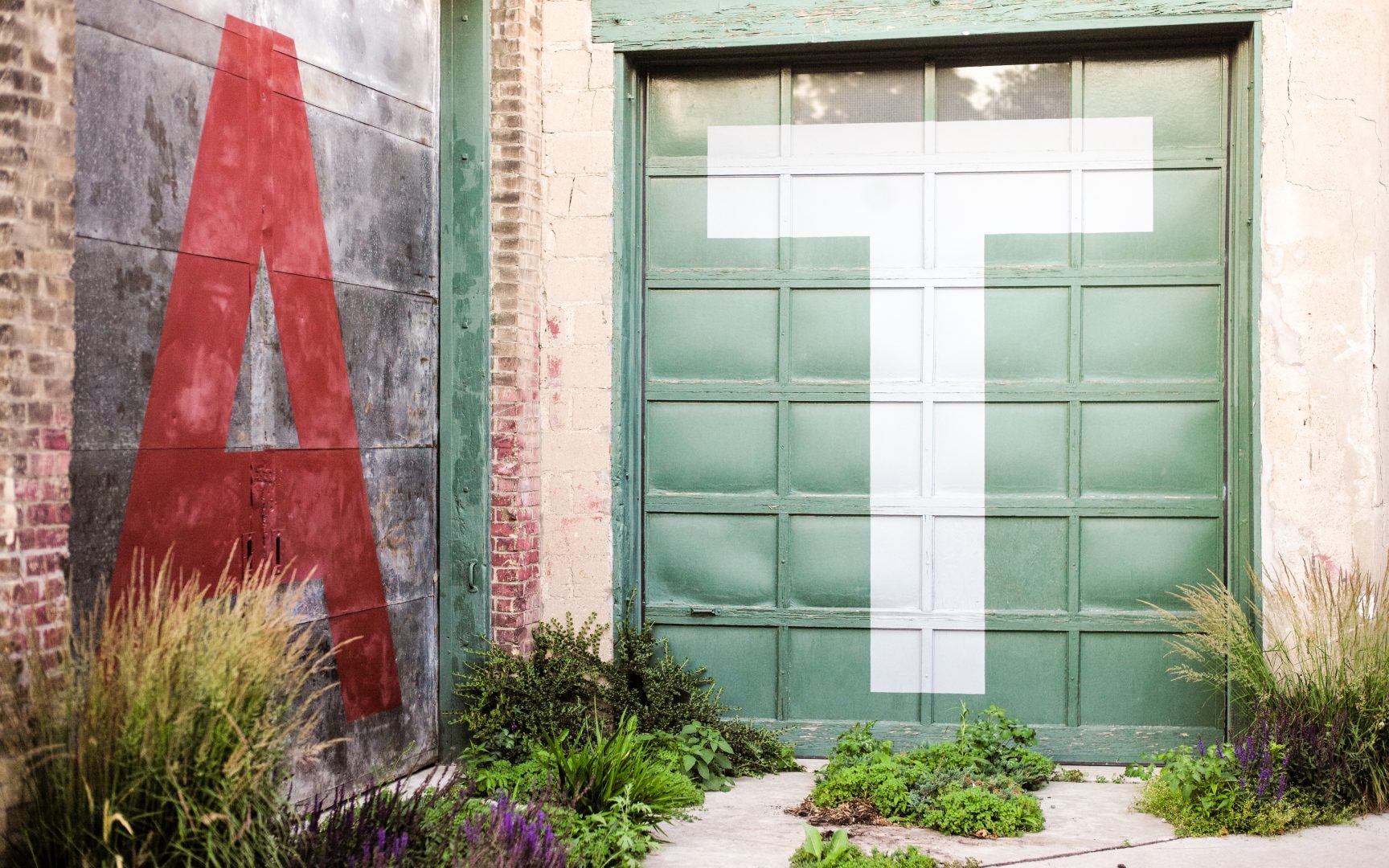 Help is always close by with the Toronto Police Station – Division 51 located in Corktown, open 24 hours a day. There is also a fire station (Station 333) located at 207 Front St E and St Michael’s Hospital nearby at 30 Bond St. 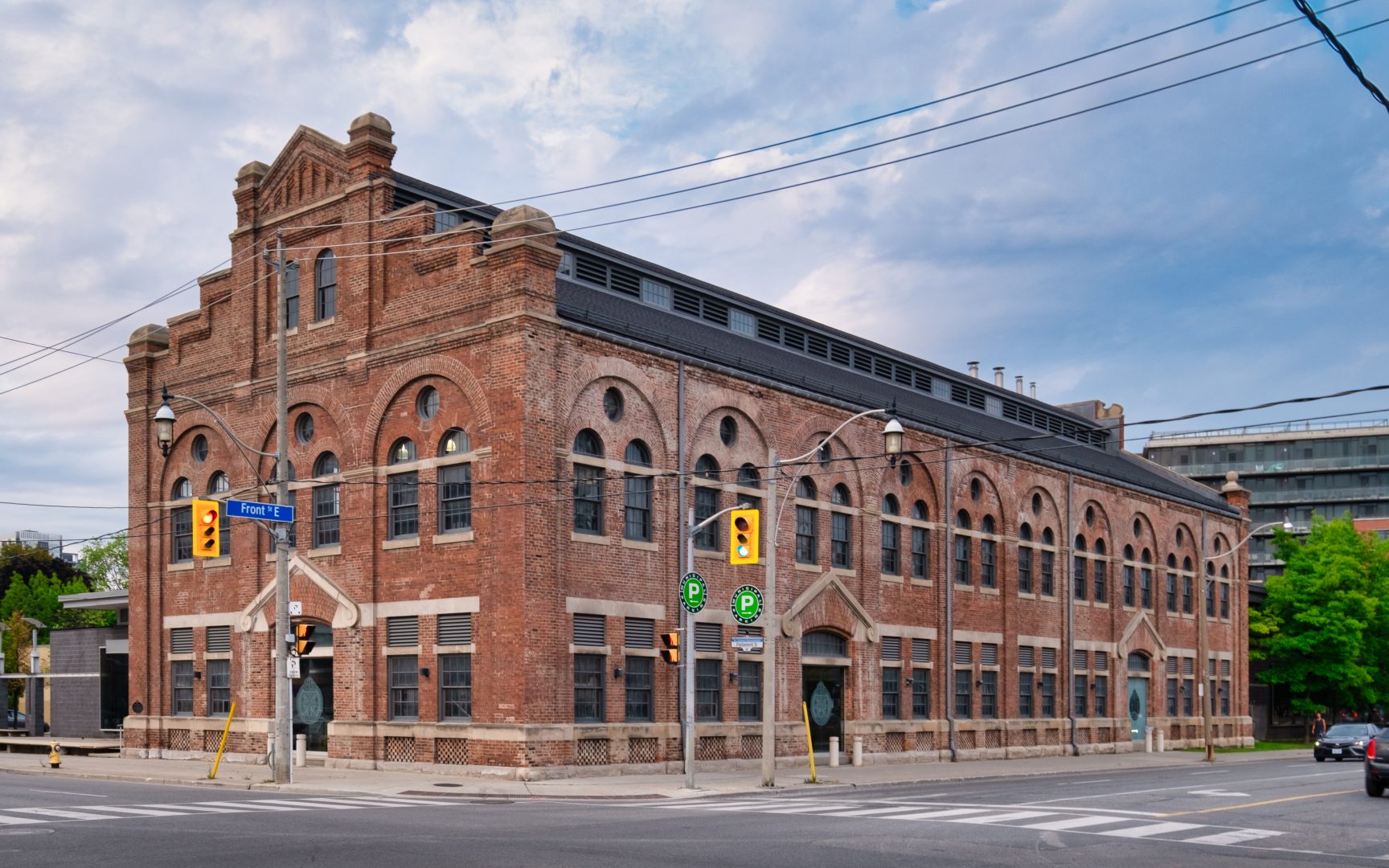