Professional singles and couples choosing to live downtown where they can enjoy a commute free live, work and play lifestyle are flocking to CityPlace, one of Toronto’s newest neighbourhoods. CityPlace is a master planned community is situated on 45 acres of prime downtown Toronto real estate. CityPlace encompasses 5.4 million square feet of residential and commercial space making this one of the highest density neighbourhoods in Toronto. When this neighbourhood is completed in 2016 it will be home to approximately 15,000 residents. At the heart of this urban development is Artspace a outdoor public art gallery featuring art installations and sculpture dispersed throughout the neighbourhood. The focal point of the neighbourhood is Canoe Landing Park, an 8 acre park dotted with a myriad of art installations. The most iconic of these is Red Canoe, created by the acclaimed Canadian artist Dougls Coupland. Red Canoe is perched at the south end of the park overlooking the Gardiner Expressway. It has become a Toronto landmark.

CityPlace is built on the former Spadina Street Yards which were part of the Canadian National Railway. The railway was an integral part of Toronto history begginning in the 1850s. However; by 1965 railway operations were moved north of the City and the railway lands were sold to Canada Lands Company a federal crown corporation intent on repurposing and revitalizing this prime downtown Toronto real estate. The dawn of a new era and rise to prominence begain in 1975 with the building of the CN Tower followed by the Metro Convention Centre in 1984 and later Rogers Centre (formerly the Sky Dome) and Air Canada Centre. In 1997, with the infrastructure for a vibrant new neighbourhood in place Canada Lands Company sold the former railway lands to Concord Adex Developmets.

Concord Adex had a vision for the former railway lands and that was called CityPlace. While the master planned community was being finalized on paper and at City Hall, it operated briefly as a 9 hole golf course and driving range. CityPlace made headlines right from the start as a projected $2-billion dollar development that would be built in phases and take a decade to complete. In 2003 the developers vision would start to become a reality with the completion of the first two CityPlace condominium buildings known as Apex 1 and Apex 2. Today,   CityPlace encompasses a multitude of condominium buildings and townhomes as well as a landmark park and outdoor public art gallery. The vision has become a reality with thousands of residents now calling CityPlace their home.

CityPlace includes over twenty condominium buildings including a mix of high-rise and mid-rise condominium towers. There are also some condo townhomes included in the residential mix. Most units are under 1000 square feet and condo prices are in the $500-$600 per square foot range. Prices do fluctuate from building to building and unit to unit depending on the views and the quality of finishes offered.

The signature buildings in CityPlace are the Parade towers which are connected by a two-storey SkyBridge on the 28th and 29th floors. The Skybridge is an engineering and architectural marvel. The bridge’s glass exterior offers a stunning 360 degree view of the City and Lake Ontario. The upper floor of the SkyBridge includes two luxury residential condominium suites, allowing the property to claim a record for having the world’s highest residences on a bridge. The lower floor of the SkyBridge is an amenity space called SkyLounge which is shared by unit owners in the Parade east and west towers.

CityPlace residents have a myriad of lifestyle options at their door. The Entertainment district, the Fashion District, Kensington Market, Chinatown and the Toronto Waterfront are all within walking distance. In addition CityPlace residents can take in a varierty of sport and entertainment events year-round at the nearby Air Canada Centre and Rogers Centre. There are also numerous trendy shops and restaurants along King Street West and Queen Street West. 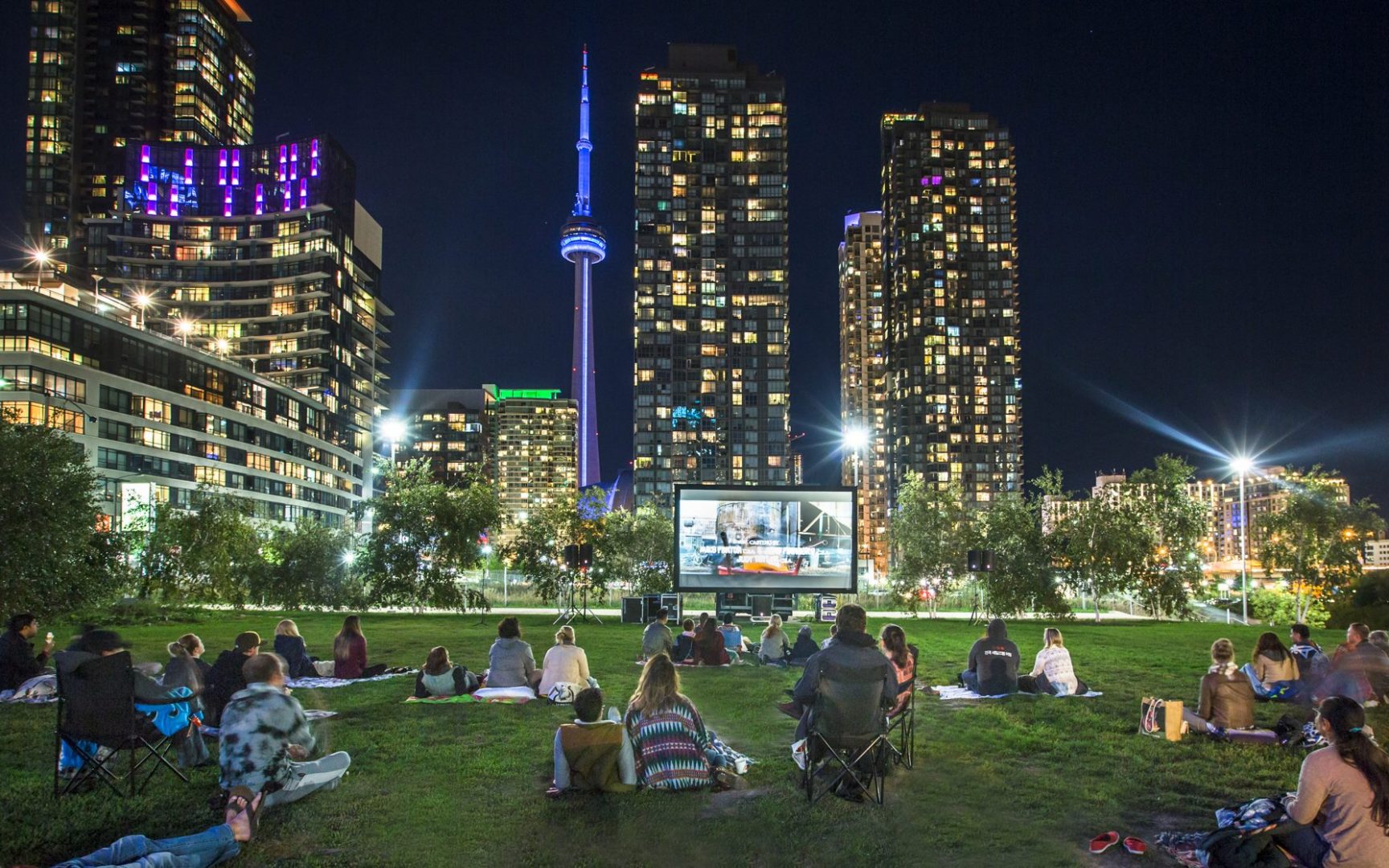 CityPlace is well serviced by public transit with numerous streetcar lines servicing the neighbourhood including the 511 Bathurst, 510 Spadina and 509 Harbourfront lines. CityPlace residents also enjoy relatively easy acces to to the Union Station which includes subway, railway and commuter bus service. The Gardiner Expressway forms the southern boundary of this neighbourhood providing a quick and easy access point for motorists commuting anywhere in the GTA .