Cabbagetown is one of Toronto’s most popular neighbourhoods. Its residents come from a wide variety of backgrounds, however they all share a strong sense of community spirit and pride in their neighbourhood. This community spirit is put on display every September during the Cabbagetown Fall Festival that runs for an entire weekend and features a mini marathon, historical walking tours, a parade and a community wide yard sale. 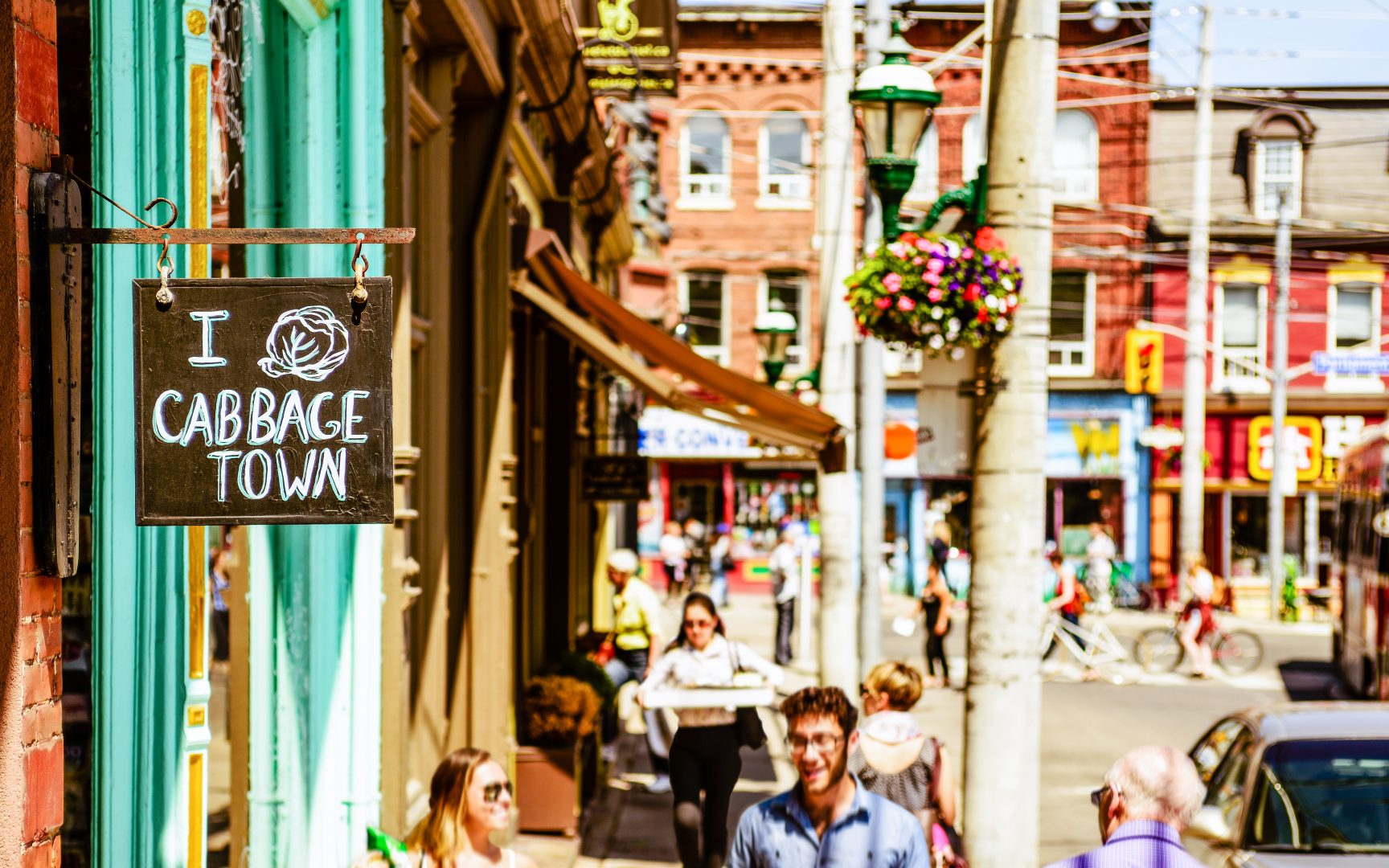 Cabbagetown’s history began in the 1840’s when thousands of Irish immigrants settled here after fleeing the potato famins in their homeland. To help put food on the table these first Cabbagetown residents grew cabbages on their front lawns, which is how this district came to be known as Cabbagetown

Cabbagetown’s working class community was particulary hard hit by the Depression of the 1930’s. Cabbagetown historian Hugh Garner, wrote that the Depression turned Cabbagetown into “the worst Anglo Saxon slum in North America”. The worst slums were concentrated south of Gerrard Street. These homes were razed in the 1950’s and replaced by the Regent Park housing development.

Cabbagetown was revitalized in the 1970’s and 1980’s by new home buyers, who restored much of this neighbourhoods fine collection of Victorian homes. Cabbagetown is now considered one of Toronto’s most gentrified neighbourhoods.

The Cabbagetown neighbourhood was once described by the New York Times as “containing the largest collection of Victorian homes in North America”. Cabbagetown’s houses were built between 1860 and 1895. Most of these houses have been lovingly restored under the watchful eye of the Cabbagetown Preservation Association. The Association, comprised of local residents, plays a vital role in ensuring that all Cabbagetown renovations and new developments are in keeping with this historical neighbourhood. 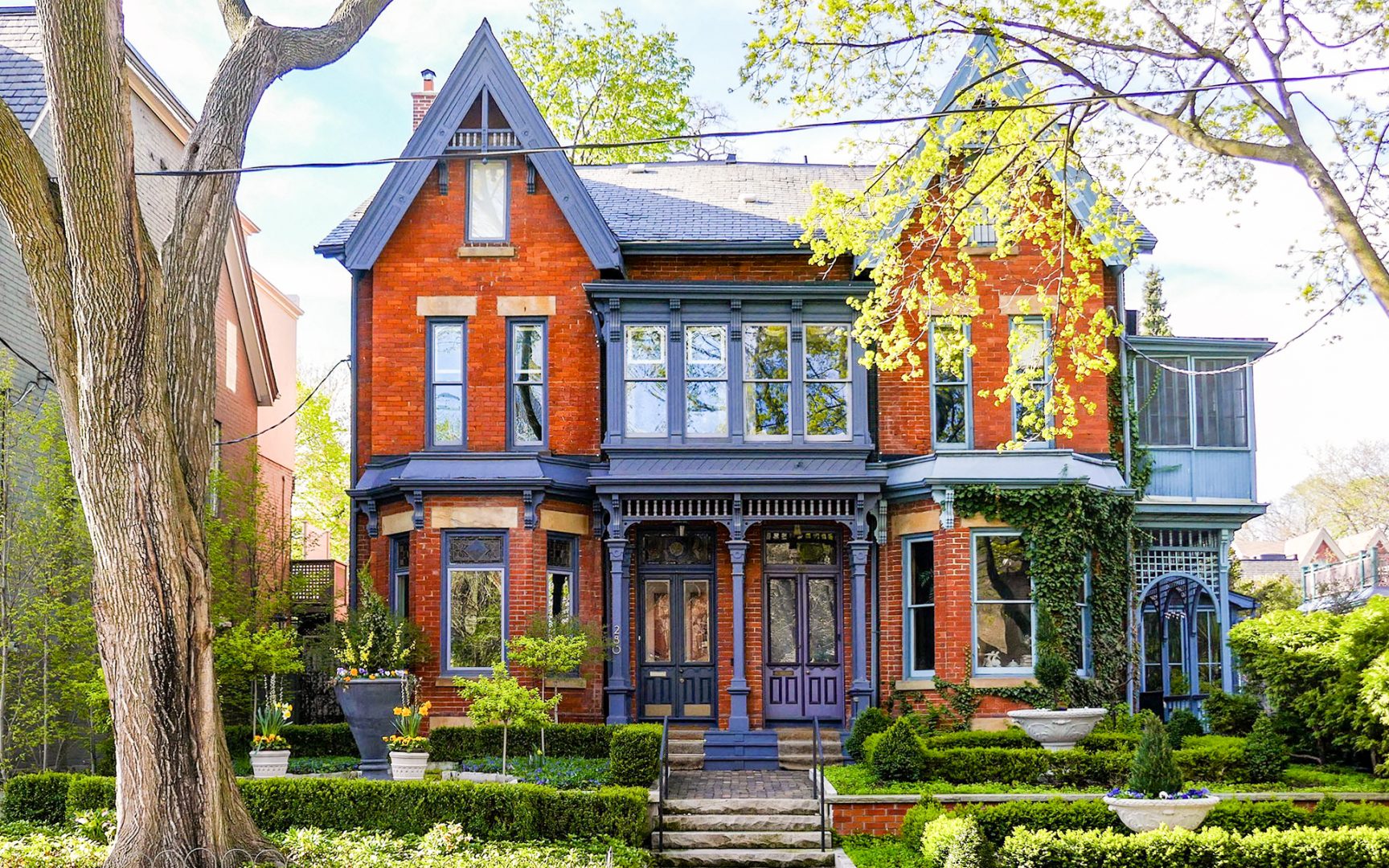 House on Carlton in Cabbagetown, Photo by Unknown 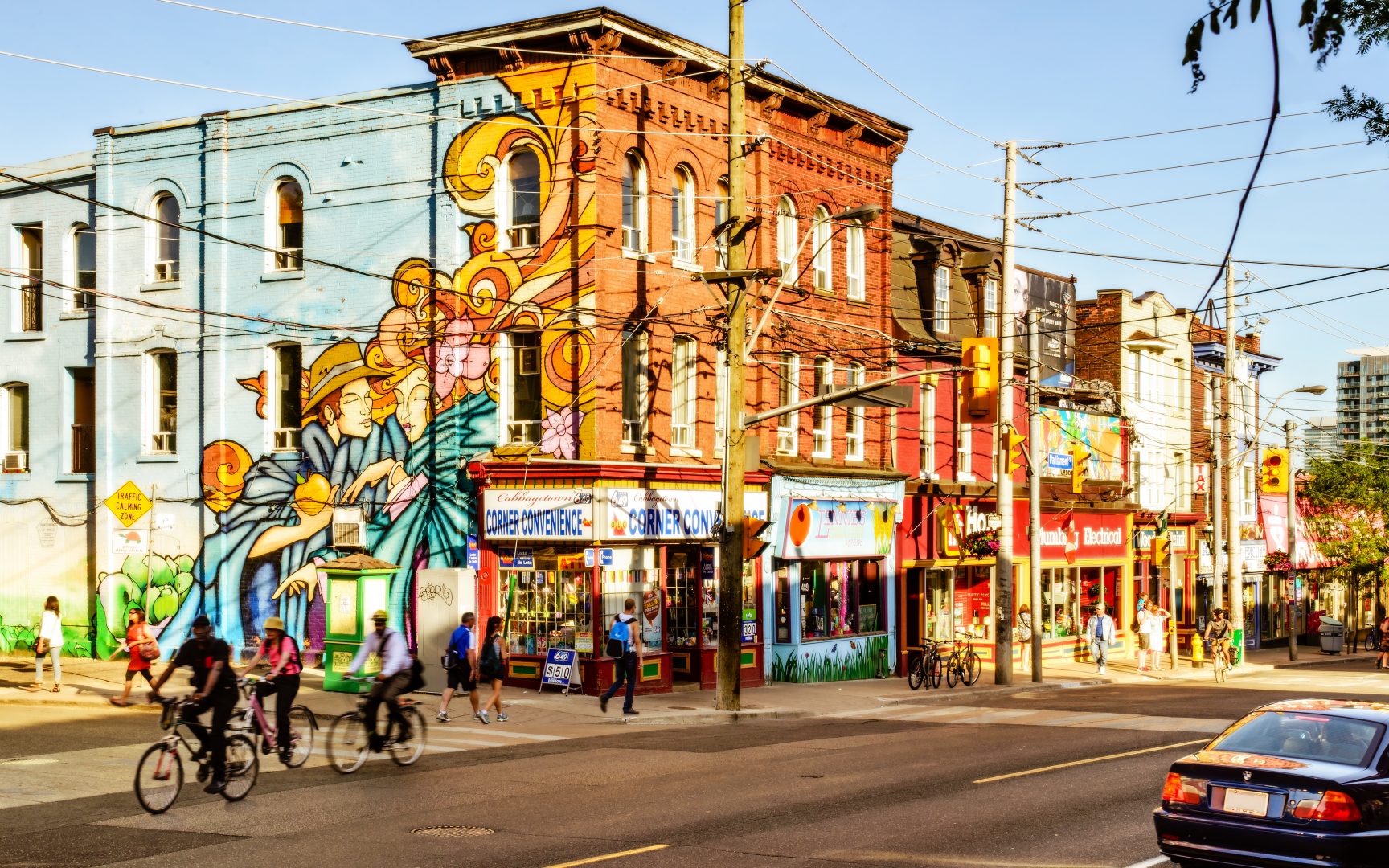 Cabbagetown’s recreational centre is Riverdale Park. This park is the home of Riverdale Farm. Riverdale Farm is modelled after a late 19th century Victorian farm and includes horses, cows, pigs, sheep, goats, chickens, geese and ducks. Riverdale farm is open seven days a week and admission is free. Riverdale Park also contains sports fields and serves as an access point to the Lower Don Recreation Trail. The Cabbagetown Community Arts Centre on Parliament Street has music, drama and dance programs for children. The Cabbagetown Youth Centre on Lancaster Avenue offers sports, and arts and crafts programs. Cabbagetown’s Public Library is located at the corner of Gerrard Street and Parliament. 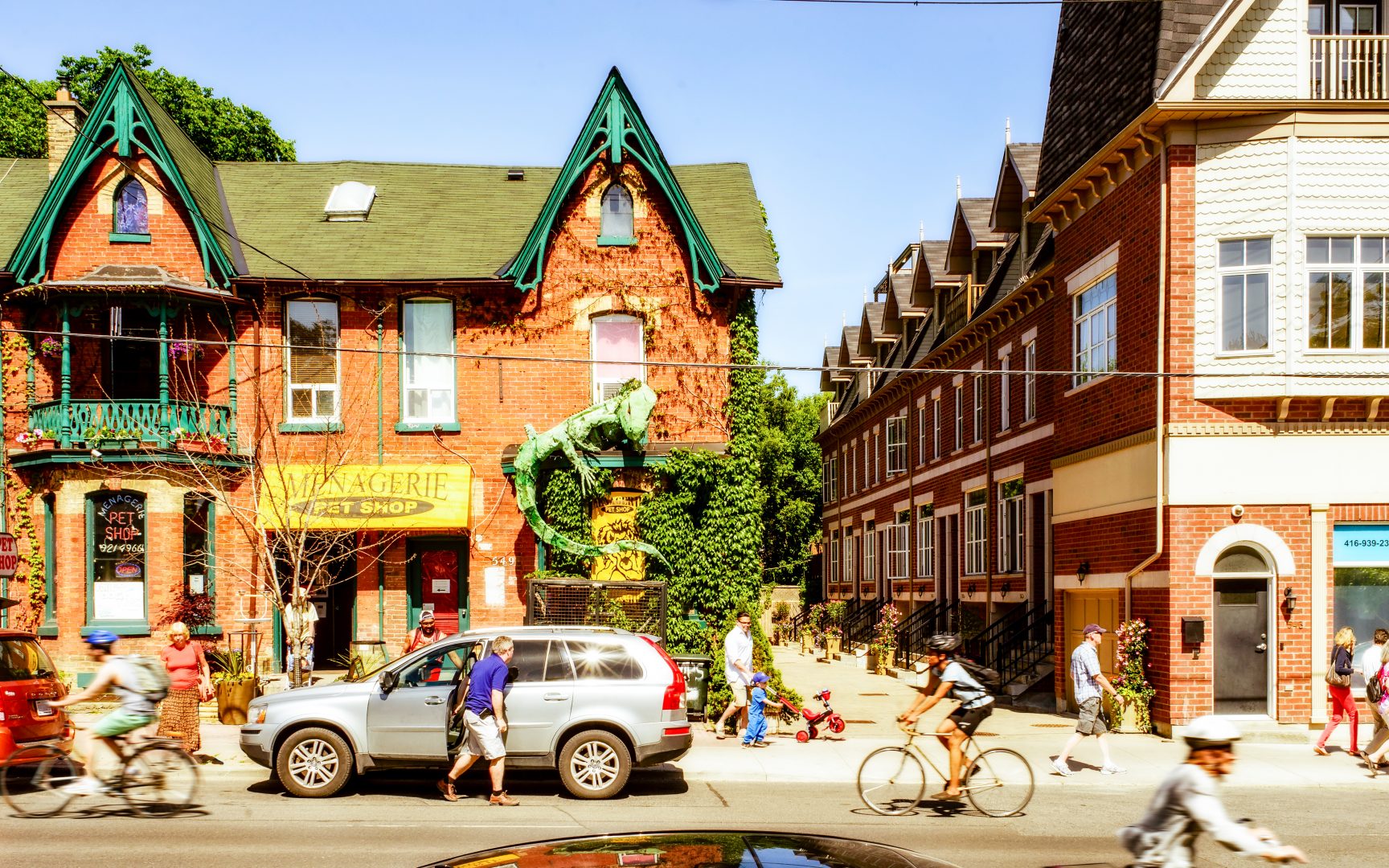 The Sherbourne bus and Parliament streetcar connect passengers to stations on the Bloor-Danforth subway line. The Wellesley and Carlton Street buses connect commuters to the Yonge-University-Spadina subway line. For motorists, the Don Valley Parkway is approximately five minutes away, while Toronto’s downtown business and entertainment districts are less than ten minutes from Cabbagetown.